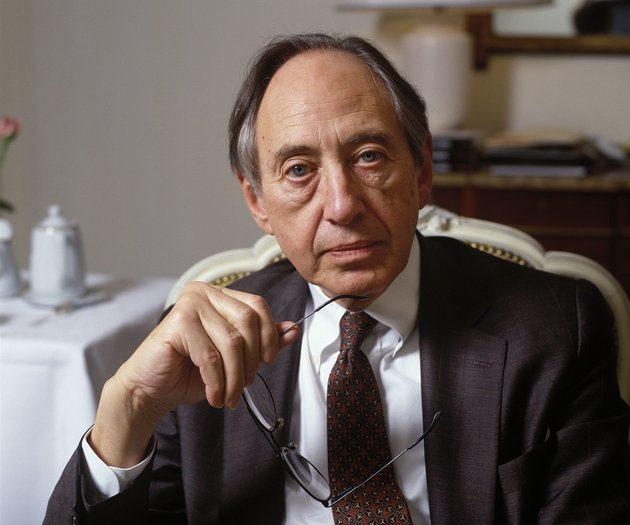 If not for Alvin Toffler I wouldn't be a futurist.  It was reading Toffler, along with Marshall McLuhan, R. Buckminster Fuller and a lot of science fiction in my early twenties that gave me the basis for thinking that there was some profession about the future to be had. Fuller and McLuhan both died more than 30 years ago. Toffler just died last week. The three thinkers who most shaped my thinking about change, media, and the planet on which we live are all gone while we continue to move toward the future they described decades ago.

"Future Shock" was Toffler's biggest book in terms of continuing impact.  Though the specifics referenced in that book are largely outdated, the concept of accelerating change being disruptive to humans and human society is perhaps more relevant today than in 1970 when that book was first published. Much of the disruption that has occurred in the advertising and the media businesses in the last 20 years was forecast by Toffler in his books.

Toffler predicted narrow casting, media fragmentation, direct person-to-person communications, the Internet, working from a wired home office on a computer and much more. If you have worked and lived in the media/advertising industries through these great times of transformation and shift, you have been living in Toffler's future vision.

"The Third Wave," Toffler's second big book, was perhaps the one that most shaped my thinking.  The concept of waves or ages of change following one another, in his case almost literally defining what the Information Age would look like, had a profound affect on me.

In 2005, after having given some talks about the future of technology and education, I sensed that the 21st century would soon usher in a new age.  The Information Age had gotten its name, given to it by Toffler and others, in the early 1970s.  In the following 30 years there were five profound changes that altered humanity:  The end of the cold war, the beginning of the global economy, personal computers, cellular phones and cellular technology, and the Internet.  Those five changes/events alone would seem to suggest that a new age was upon us.

After a lot of thought and research it became clear to me that there would be a massive amount of unprecedented change that would cut across all aspects of culture, society and business.  That is how I came up with the name of the new age we are in; the Shift Age.  The speed of change that Toffler wrote about in "Future Shock" had accelerated to the point that it had ceased to become an accelerating line and had become environmental.  We would be living in an environment where everything was changing or shifting to some degree.

In "Power Shift" and then in "Revolutionary Wealth" Toffler brought his vision of radical, disruptive change into the 1990s and then the early part of the 21st century.  His term "prosumer" accurately described much of what has happened and what we do in the digital age.  We produce and consume at the same time.  We give, produce and share.  Wikipedia is a pure example of the work of prosumers.

A great man has passed.  To me he was beyond great; he changed my life, the way I think and how to best face the future.  He was, is and always will be considered as one of the greatest futurists or futurologists who ever lived.

David Houle is a global futurist, strategist and speaker. He has always been slightly ahead the curve. Houle spent more than 20 years in media and entertainment. He has worked at NBC, CBS and was part of the senior executive team that created and launched MT…