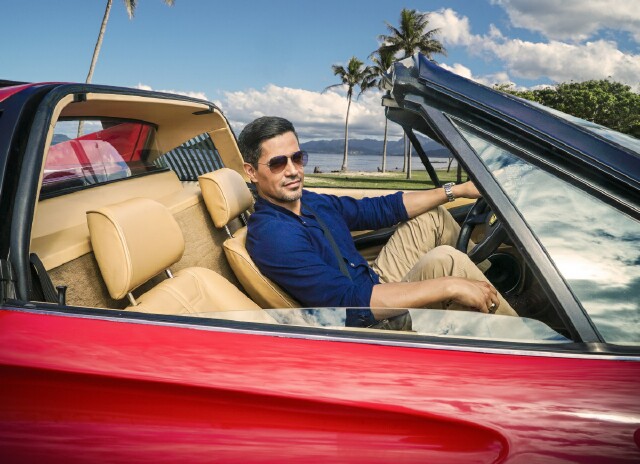 Believe it or not the broadcast networks still adhere to the ancient tradition of the “television season,” which begins in September and largely ends in May when most of their best shows conclude.  Once upon a time that led to three months of dreaded summer reruns, another concept that seems almost quaint in the era of year-round viewing on cable and streaming services.  Of course, the networks now fill much of their summer schedules with high-energy original programming, which serves the dual purpose of not having them go totally dark all summer and gives them robust platforms with which to promote their fall schedules in general and their new shows in particular.

Interestingly, when applied to freshman series that will begin in a couple months the word “new” seems almost as quaint as the phrase “traditional television season.”  That’s because, more than ever before, it appears that network executives were busily leafing through vintage TV Guides from the ‘70s, ‘80s and ‘90s (and a few more current) for inspiration while developing their latest crop of shows.

Many of them sound awfully familiar -- and I’m not just talking about the incredible surge of remakes and reboots.  For better or worse, here’s an early rundown.  (Note: These are not reviews; they are just summaries paired with remarks based on information that is currently available about each program.)

FBI:  While not billed as a reboot of the classic ABC series The F.B.I. (1965-74) starring Efrem Zimbalist Jr. one could be forgiven for thinking so.  Formidable super-producer Dick Wolf is the driving force behind this procedural starring Jeremy Sisto and Missy Peregrym although, unlike the producers of the original series (or the producers of Wolf's Law & Order franchise), it appears he won’t be ripping stories from headlines or actual F.B.I. cases for this version.

Think: The F.B.I., just not a Quinn Martin/Warner Bros. Production and not starring Efrem Zimbalist Jr.

God Friended Me: Feel-good drama about an outspoken atheist named Miles Finer (Brandon Michael Hall) who receives an unlikely social media friend request from God.  (Presumably, this is not the same God we are all currently following on Twitter.)  After accepting it, he finds himself changing as many lives as possible.

Think:  Touched by a Friend Request

Happy Together:  Will Damon Wayans Jr. finally get a “Happy Ending” in this comedy?  Not likely.  He plays Jake, an accountant to a Justin Bieber-esque Aussie pop star (Felix Mallard) who crashes with Jake and his wife Claire (Amber Stevens West) after a bad breakup with his girlfriend and discovers suburbia isn’t so bad.

Think:  My Wife and No Kids

Magnum P.I.:  Jay Hernandez (pictured at top) reprises the role made famous by Tom Selleck in the ‘80s as Hawaii-based private eye Thomas Magnum.  In this update, Hernandez has traded Selleck’s dated mustache for contemporary stubble, but Magnum’s devil-may-care-attitude and red Ferrari remain the same (at least for a while).

The Neighborhood:  Midwesterners the Johnsons (Max Greenfield and Beth Behrs) move to L.A. and into a predominantly African-American neighborhood making their new neighbor Calvin (Cedric the Entertainer) very wary.

Think:  All in the Familyin reverse

Charmed:  Three sisters (Sarah Jeffery, Melonie Diaz, Madeleine Mantock) in a college town discover they are witches and are forced to embrace their powers.  A reimagining of the ‘90s Aaron Spelling hit that aired on The WB from 1998 to 2006.

Legacies:  A spin-off of The Originals set at the Salvatore School for the Young and Gifted; a school attended by young vampires, witches, warlocks and other teens that go bump in the night.  Starring Danielle Rose Russell as Klaus' daughter Hope and Matt Davis reprising his role of Alaric from The Vampire Diaries.

Think:  The Golden Guys (and One Girl)

Rel:  Set in Chicago, Lil Rel Howery stars as, well, Lil Rel whose life is flipped after he discovers his wife cheated on him with his barber.  Faced with single life, and possibly never getting a haircut again, he tackles his new normal head on.

Think:  Every sitcom built around the hot comedian of the moment

I Feel Bad:  Sarayu Blue stars as a mom navigating family, work and friends -- proving it’s impossible to have it all.  Amy Poehler is the executive producer.

Think:  Every family comedy ever in which things go wrong and hilarity ensues.

Manifest:  After a turbulent flight a plane lands five years in the future creating a new reality for its passengers.  Josh Dallas and Melissa Roxburgh head the ensemble.

New Amsterdam:  This is not a reboot of Fox’s 2008 series with the exact same name.  Instead, it’s a medical drama about a doctor (Ryan Eggold) trying to provide exceptional care amidst hospital bureaucracy.

Think:  Nurse Jackiewithout the drug issues (as far as we know).

The Conners:  A Roseanne spin-off centering on the Conner family without their (presumably deceased) sharp-tongued matriarch.

The Kids are Alright:  Mary McCormack and Michael Cudlitz head this comedy about an Irish-Catholic family with eight boys navigating life in the turbulent ‘70s.

Think:  This Is Friends

The Rookie:  Nathan Fillion returns for his fourth gig at ABC -- a dramedy about a newly divorced 40-year-old man who joins the L.A.P.D., becoming the oldest rookie on the force.

Single Parents:  Leighton Meester and Brad Garrett head the ensemble in this comedy about a group of single parents attempting to maintain their personal lives while raising their kids.

Think:  Every classic sitcom about a single parent, times five

Ed Martin contributed to this column.