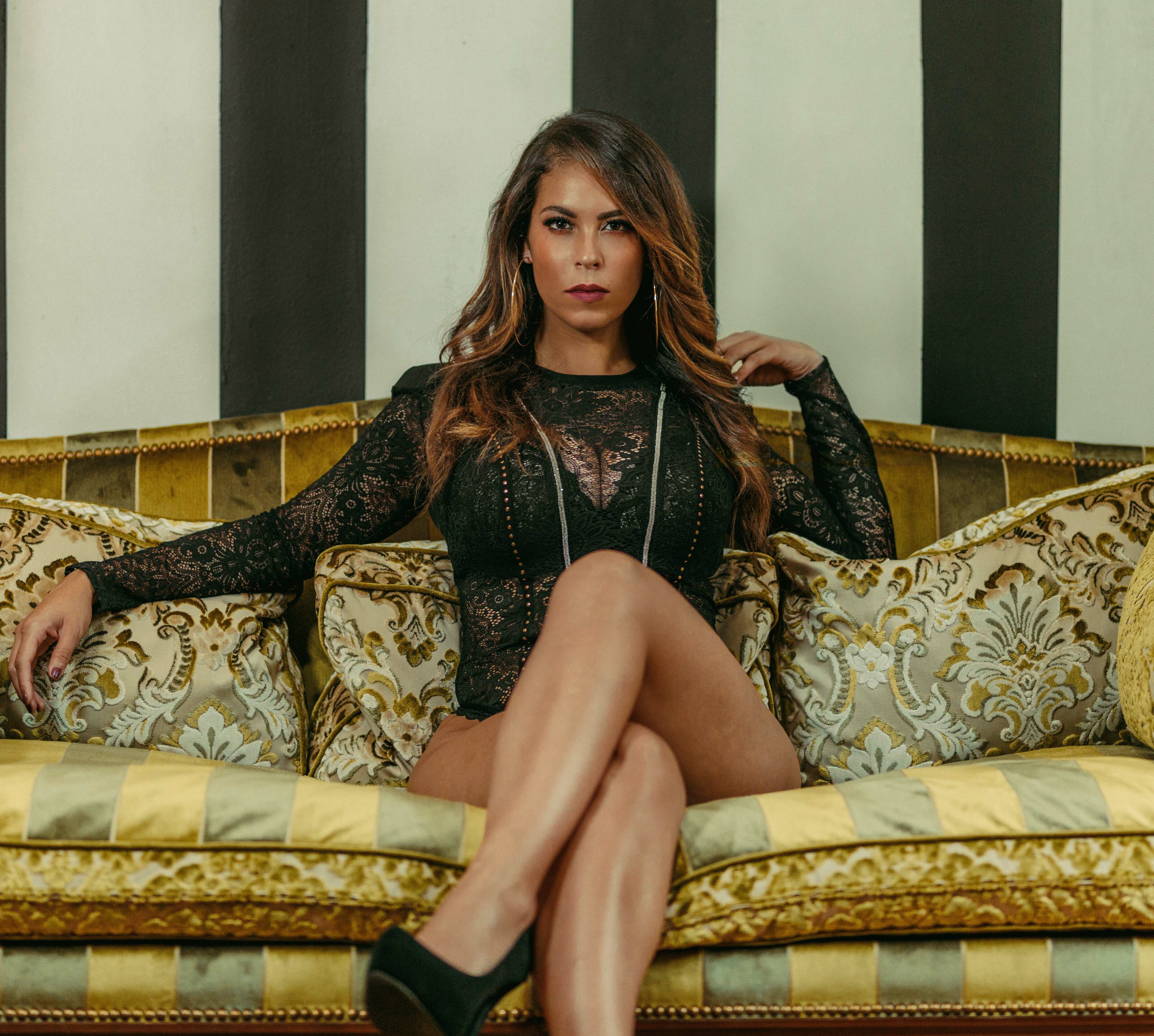 Just in case you are not sufficiently horrified about the death and despair at our southern border, check out the latest installment of Hulu’s horror anthology series Into the Dark on July 4.  In this standalone film, titled Culture Shock, a pregnant Mexican woman tries for a second time to enter the country -- with terrifying results.  It is the first feature-length film directed by the multi-talented Gigi Saul Guerrero, who has produced five shorts and a miniseries, has three dozen acting credits and directed over two dozen short films and television series episodes.  The 29-year-old who emigrated from Mexico to Canada when she was 13 relates deeply to the plot.

Jackie Cutler:  You notched a lot of credits in a short time, and across the board with acting, directing and producing.  What has been your goal?

Gigi:  My goal was to have a feature before I turned 30.  It feels like a big accomplishment and it is a very rewarding feeling for me as a storyteller to see a finished product so fast, and that Blumhouse (the production company) and Hulu gave me that trust and opportunity.  It pushes me to prove myself and push myself even further.

Jackie:  Since you are young to have landed this gig, could you explain how it came about?

Gigi:  It was really cool.  It was very much right time, right place.  I signed with my agents around this time last year.  Blumhouse was literally my first meeting.  I was just excited to go to a meeting with my new agency.  In the first conversation of what are you doing, they were working on the series of Into the Dark, which are features and they wanted to tackle border crossing and horror.  I said, “Have you seen my short on border-crossing horror?”  I mean, how often do you hear that?

Jackie:  Have you always loved horror?  If so, why?

Gigi:  Yes, very much.  I blame my mom to be honest.  It is all her fault.  I come from a very Catholic Mexican house and my mom and grandma are very spiritual people.  My grandmother and mom are also very superstitious.  (They believe) the devil is everywhere.  I was kept away from horror my entire childhood.  Being kept away from it made me more curious.  I would come home from school and I would turn on the TV to watch plastic surgeries.

Jackie: When did you know you wanted to go into film and TV, and how did you go about it?

Gigi: I started acting in high school.  I was very much a theater junkie.  I wanted to be a Broadway star.  I crashed my sister’s date.  I loved to bother my sister.  She was dating a film student and we saw Children of Men by Alfonso Cuarón, and that movie changed my life.  Rather than feeling scared I hated humanity so much because that movie was so truthful and raw.  My sister’s date said, "This is what I am learning in school."  I was just into acting and I remember my eyes were so wide.  You can learn this in school!  Oh my God!  I got home and said, "I am going to film school."  I became obsessed.  I had to go to film school.

Jackie: Who have been your mentors?

Gigi:  At Capilano University and program Bosa Centre for Film and Animation they focused on story rather than grabbing the camera.  I [earned] a degree.  I became friends with Eli Roth, the big horror director, and he mentored me so much.  He invited me to his house when I was only 24 and he saw my films and said, "Who are you?"  I am in the batch of filmmakers for Crypt TV (a company founded by Roth and Jack Davis and backed by Blumhouse Productions).

Jackie:  What is powerful about combining horror and social commentary?

Gigi:  We have been doing it for a long time in horror.  It has always tapped into social commentary.  Horror is the best way to escape realities that we face every day.  When it comes to social commentary you can sit and watch a film that is entertaining about our society.  If we didn’t, we would just have the news.

Jackie:  What does Culture Shocksay about America?

Gigi: What people at the border crisis are going through.  These people just want a fair chance in life, which anybody in the world can relate to.  Everybody wants a fair chance in life but at different levels, trying to find a dream that suits best for you.  Sometimes it is not the truth you have been told about.  I really hope Culture Shock encourages people to begin a conversation about it.

Jackie:  What’s the best advice you have been given?

Gigi:  To never be afraid of failure and use it to grow, and I love to share that with other people.

Jackie:  You are working in a very male-dominated field -- directing to begin with, then the horror genre, making the field that much smaller.  What has that been like?

Gigi:  I always like to see that not as a disadvantage but as an advantage to push myself harder, not that I am okay with it, but this is what it is.  I can’t complain, and I see it as an advantage to be more badass and prove yourself even harder.  So far it has really worked.  I feel I am very blessed to be a filmmaker now because changes are happening now.  I feel very lucky that the recognition and diversity are being recognized.  It is a very good time to be a minority filmmaker.

Jackie:  Did you have any issues with getting people to listen to you?

Gigi:  Of course!  For me I am quite young; I am usually the youngest person on set.  I was directing at Warner Bros. making short films.  At 19, being in the leader position and a woman of color, whatever label you want to put on it, it has happened for sure.  I love to be contagious about my enthusiasm; if I am not contagious about it, no one will take me seriously.