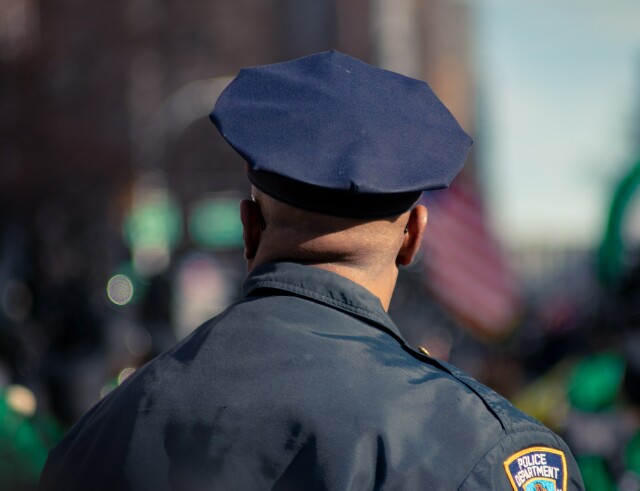 Now in its second season, Body Cam is a docuseries on Investigation Discovery that depicts the actual life and death situations that cops around the country find themselves in while on the job, all through the magic of real-life body-cam footage.  It's in the vein of other you-are-there police shows like Copsand Live PD, and while that definitely makes watching this one a pretty familiar experience, on a personal level, it was also kind of an infuriating one.

First off, I think that my own overexposure to all manner of fictional violence and gore has maybe desensitized me a bit.  It’s not that the human side of the extreme situations depicted on this show is lost on me; it’s just that over the years I’ve seen literal gallons of blood spilled and sprayed in full HD.  We all have, to some extent.  Even with the understanding that what we’re watching on Body Cam really happened as opposed to being fictional, the sight of blood and graphic depictions of violence are just not a new thing for most of us, even if we’re new to this show.

Consider that they blur out most of that stuff on this show, since it is real footage, and you realize that being a graphic high-octane thrill ride can’t and isn’t meant to be Body Cam’s actual draw.  So, what is?

I assume the idea here was to get viewers to empathize with police officers in general.  The subject of law enforcement is a relatable one -- most of us have dealt with the police to some extent or another in our lives -- and it takes about two seconds on Google to see why law enforcement as a whole could use a huge marketing and policy makeover, to say the least.

Fact:  More people of color have been shot and killed during “arrests” over the past few years than is even remotely acceptable.  The New York Times just published a story about cops in Brooklyn suing the NYPD for discrimination because they were tired of “hunting for Black and Hispanic people.”  (Look it up, it was only a few days ago.)  Suddenly, having a slew of shows that paint police officers as the life-valuing, well-trained professionals that they should be seems like a great idea.

Last week’s season premiere opened on the case of a man in Muskogee, Oklahoma who had brutally attacked his stepdaughter and wife with a knife.  The police arrived, and then proceeded to be so damn polite and professional that I felt like a crazy person just watching.  His daughter is visibly stabbed, standing outside, screaming, “He’s killing my mom!”  The police find him with a knife in his hand, saying things like, “I want to die,” and, “My name is death,” and yet, it felt like it took a calendar year for them to finally use lethal force.

I say “finally” not because I wanted them to kill this man, but because I know in my heart of hearts that had he been a man of color that entire scenario would most likely have played out in a very different way.

The police asked this man numerous times to drop his knife.  He was clearly dangerous.  He made his intentions very clear.  He was holding an obvious weapon that he’d definitely just used.  They drag the mother out of the home and leave him inside while they wait for SWAT.  He comes out onto the front lawn, still holding that knife.  They let him reach into a drawer and pop a fistful of Xanax.  I mean, this guy pretty much begs the police to kill him, and when he finally straight up asks them, “Why don’t you shoot me?” they answer, almost in unison, “Because we don’t want to.”

Because we don’t want to?  Why the f**k not?  Philando Castile was shot five times in front of his girlfriend and his four-year-old daughter during a traffic stop… for complying!  What’s separates these two men?  What makes them different?  One of them was a dangerous criminal who was actively putting lives in danger, and the other was Castile.  Feels like a no brainer.

There’s another moment in the season premiere when a shooter is firing at police with a rifle from the cover of darkness, and a female officer gets separated and pinned down.  You can hear her breathing; she screams for cover from her fellow officers, none of whom are close enough to hear her.  It is truly riveting, and in that moment, I felt for that woman.  I couldn’t imagine being in that situation.  It was legitimately great TV, but … still.

Should watching police officers do their jobs properly piss me off?  Maybe not, but I genuinely expect the absolute worst when dealing with the police in real-life, because that’s what they’ve taught me to expect from them through their interactions with civilians who look like me, which is probably why this show is chock full of “good” cops and mostly white criminals.

When I put all that aside (which isn’t easy), I gotta admit that Body Cam is a show with an inherently interesting quality.  I mean, if we didn’t love watching cops do stuff, half of all television wouldn’t even exist.  At times, though, this series looks to me like an ongoing effort to change the current narrative in which people like me are targets.  And to that I say:  Don’t change the narrative.  Change the system.