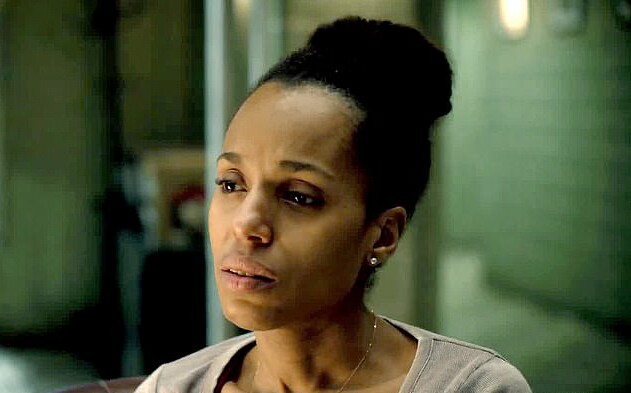 This past Tuesday evening I had the privilege (and I use that word deliberately) of screening American Son, a Netflix television movie adapted from the acclaimed Christopher Demos-Brown Broadway play of the same name.  Directed by Tony Award winner (and director of the Broadway show) Kenny Leon, and starring Kerry Washington and Steven Pasquale, American Son tells the story of a black mother in a Florida police station trying to get information about her missing son.  What follows is a powerful experience that starts an immensely important conversation about racism, the criminal “justice” system, implicit bias and police-community relations.

I felt some type of way when I left the screening, to put it lightly.  These issues are complex and the situations that create them are hard to swallow at best, so facing them head on isn’t exactly what most people would call fun.  Regardless, these conversations need to be had.  Similar to Ava Duvernay’s When They See Us (which is also on Netflix), American Son is about an incident between the police and a young black man named Jamal, and the circumstances surrounding it, told from the perspective of his parents.  His mother, Kendra (Washington), attempts to get assistance in locating her son from a low-level police officer named Larkin (Jeremy Jordan), to almost no avail.  When her estranged husband, Scott (Pasquale), finally arrives, he’s met with an outpouring of information from Larkin, mainly because he mistook him for a superior of his that he had yet to meet, but also because he’s white, and male, and in law enforcement. (Scott is in the FBI.) 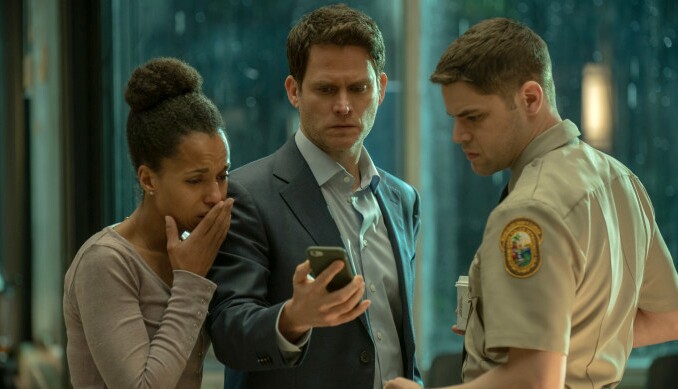 The questions that Larkin was asking Kendra about her son (Does he have priors?  A street name?  Gold teeth?) were downright disrespectful, and that was only the beginning of the film.  These aren’t the kind of questions I’d imagine a Caucasian mother getting asked in the same scenario.  That perception of Jamal, as a stereotype -- a thug -- based solely on his supposed appearance is not only indicative of what it’s like to be black in these situations, but also of what it’s like to be the parent of a black child.  We got a look at this type of trauma in When They See Us, but in American Son makes that experience is the full focus.  Washington delivers a gut-wrenching and honest performance that truly captures the horrific anxiety and anguish caused by the very real fear of what could happen to her child simply because of the color of his skin.

During the post-screening talk back -- which functioned like a town hall and was moderated by Jocelyn Smith -- there was a panel that not only included Leon, Washington and Pasquale, but also activists DeAnna Hoskins (president and CEO of @JustLeadersUSA) and Rashid Shabazz (chief marketing and storytelling officer at Color of Change).  Eric Garner’s mother was also present as part of the audience.

When asked about what initially drew her to the project, Washington had this to say:  “I love that we get to really walk in the shoes of what it’s like to be a black parent, and if you are a black parent, to me the play honors our experience as black parents.  It allows us to see ourselves and to know that our fear, our anxiety is justified.  In the choice to [parent a black child] is the inherent quality of vulnerability, and while that’s true for all parents -- all parents are vulnerable -- when you are the parent of a black child there are systems in place that are invested in the demonization and destruction of your child.”

To that same question, Pasquale responded, “[This] really satisfied a need to work on something that feels important, because history is told by our warriors and our leaders and our storytellers, and when our warriors report to leaders who are corrupt, it falls on the storytellers to hold a mirror up to us; to show us what we are.”

Demos-Brown did an amazing job of writing a play that not only constantly shifted the power dynamic between the four people in it, but also organically drew very clear pictures of where each character’s head was at, and what their overall outlook on the situation was.  Comparably, Leon took that outstanding script and, through well thought out blocking and clever camerawork, all but erased the fact that 99 percent of it took place in just one room.  Leon was also behind the decision to never actually show Jamal in the film, in an effort to get viewers to put themselves in Kendra and Scott’s respective shoes.  “Let Jamal be everybody’s kid,” he said.  “What if this happened to your kid?”

I believe the motivation for all involved with this project is to broaden the overall conversation beyond the stage, which is a goal that being on Netflix will help them accomplish.  Washington and Leon both expressed an appreciation for the streaming platform’s reach and willingness to be an ally in this endeavor.

I personally struggle with a feeling of helplessness when processing these scenarios.  That’s why I always walk out of these screenings with such a heavy heart, angry mind and frustrated spirit.  I mean, look around, man. Eric Garner, Tamir Rice, Sandra Bland, Freddie Gray, Trayvon Martin, Philando Castille, Rekia Boyd, Sean Bell … this is only a fraction of a list that shouldn’t even exist, let alone be as long as it is, and it continues to grow every single day.

I am black.  So are my children.  If nothing changes, what’s to stop my name from ending up on this list, or the name of one of my kids?

Systemic bias is a serious issue, and when dealing with armed law enforcement, it can be a life or death one.  God forbid you have cornrows or baggy clothes on.  I don’t know the true solution to this or any of the other issues mentioned, but it starts with stuff like this.  That’s why these conversations need to happen more often, and that’s why the world needs more productions like American Son and When They See Us,because the system is definitely broken, and understanding one another’s plights is the first step towards finding solutions.

As Washington put it, “This isn’t our imagination.  Drop into the nightmare of it for a night with us.  I dare you to spend 90 minutes walking in Kendra’s shoes and then tell me we’re overreacting.”

American Son will be available on Netflix beginning November 1.