Lifetime's "Surviving R. Kelly" Did Its Job; the Rest Is Up to Us 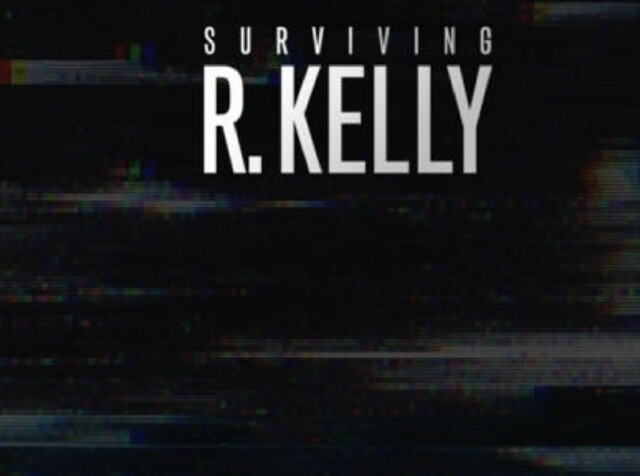 Lifetime’s six-part documentary series Surviving R. Kelly may not be a fun watch, but it’s a necessary one.  Take in interview after interview, every one of them chock full of chilling revelations by R. Kelly’s survivors, coworkers and family members, among others, and eventually it dawns on you that somewhere along the line we, as a nation, dropped the ball in a major way.  I know I feel my share of guilt.  Why?  Because every time I laughed at the Chappelle’s Show “Piss on You” video I inadvertently helped undercut the impact of the very serious crimes of which Kelly was being accused.  I’m not shaming anyone.  I mean, how could we have known?  Anyone with a pulse and half a brain was watching Chappelle’s Show back then, and of course we laughed at most everything we saw.  Dave’s hilarious.  It doesn’t mean that now, in retrospect, I can’t see how my support of that particular joke (which was just an example), or of Kelly’s music, or of any type of victim shaming, may have helped shift the focus away from the grim realities of the alleged monster we kept inviting into our lives.

Surviving R. Kelly paints a picture of a troubled young boy with a learning disability who, somewhere between the ages of 7 to 14, was regularly molested by a family member (one recently revealed by his brother, Carey, to be their sister, Theresa).  This portrait, while it is a sympathetic one, is presented purely in the interests of context and understanding.  Throughout the documentary viewers are shown clips of licensed medical professionals speaking on the psychology of sexual and mental abuse, specifically as it pertains to Kelly’s upbringing and the accusations surrounding him.

After a while it starts to pile up.  Aaliyah being 15 when he illegally married her, alleging she was 18.  The 14-year old girl he allegedly urinated on and had sexual intercourse with in the infamous tape that seemingly the entire world has seen.  Then another accusation, and another.  What were we doing this whole time?  Dancing to “Ignition (Remix)” I guess.

The real question is, what happens now?  That’s what will determine the true impact of Surviving R. Kelly.  What effect will it have on viewers?  In the days since it concluded the media and the masses have been going wild.  I, for one, haven’t started any protests, and I’m not implying that anyone is required/expected to do something like that in any sort of way, or that the inception of such an impulse was the intention of the creators of this program.  I believe, if nothing else, their intention was to inform.  Once one has acquired said knowledge, though, again I ask, what’s next?  Is it possible to listen to these women speak on these horrific experiences, see the pain in their faces, watch the pattern repeat with every new tale of terror, and then just act like we never saw any of it?  Like it doesn’t matter?  I now can’t listen to that monster’s music any more than I can watch repeats of The Cosby Show or enjoy Louis C.K.’s comedy.  Maybe some people can separate the art from the artist, but, in these cases at least, I can’t.

Of course, as always when watching something in a professional context, I tried to remain as objective as possible throughout.  I understand that Lifetime is a network, not a charity, and this was a huge six-part television event.  The public airing of a legendary talent’s most controversial dirty laundry?  The checks must write themselves.  And surelythese women stand to gain something from all this exposure, right?

And there’s the problem.  In a world where false accusations are definitely a thing, it’s very easy, in an effort to be objective and fair, to accidentally find ourselves erring on the side of victim shaming.  But let's be real:  Who would make these kinds of claims just to appear for a few minutes on TV?  No one, man.  No one in their right mind does things like that.  I feel like if these women -- these survivors -- wanted time on television, or wanted to make a quick buck, they would have first tried one of the millions of other ways to do so.  Having to get in front of a camera, talk about being sexually assaulted, convincingly feign emotional and mental trauma … all of that, for what?  A ten-second, two-sentence reveal about what they have coming up that appears at the tail end of a six-part documentary?  Yeah, sounds like a genius plan.  Realistically, these women are telling the truth, and the fact that anyone might question that is crazy.

What you’re reading right now is all about the effect that this program had on me.  I’ve seen amazing documentaries -- about America’s terrible healthcare industry, about how horrible the fast food industry can be, about how damaged the ozone layer is, etc. -- and I’m ashamed to say, like many people, I’ve walked away from those like, “Meh. Is Avengers out yet?”  But this was too real to me.  This one hits too close to home.  I learned “I Believe I Can Fly” as a kid in school.  Every single one of Kelly’s alleged victims look like me, and they sound like the women and girls I grew up with, and as much as race shouldn’t matter, it’s hard not to think that if they looked like someone else, someone white maybe, that they’d have received some justice by now.  The man literally calls himself “The Pied Piper.”  He’s trolling America, people, and we’re letting it happen.  Surviving R. Kelly makes this argument better than I ever could.