Shattering the Rules to Embrace Diversity: Take Chances, Don't Take No for an Answer 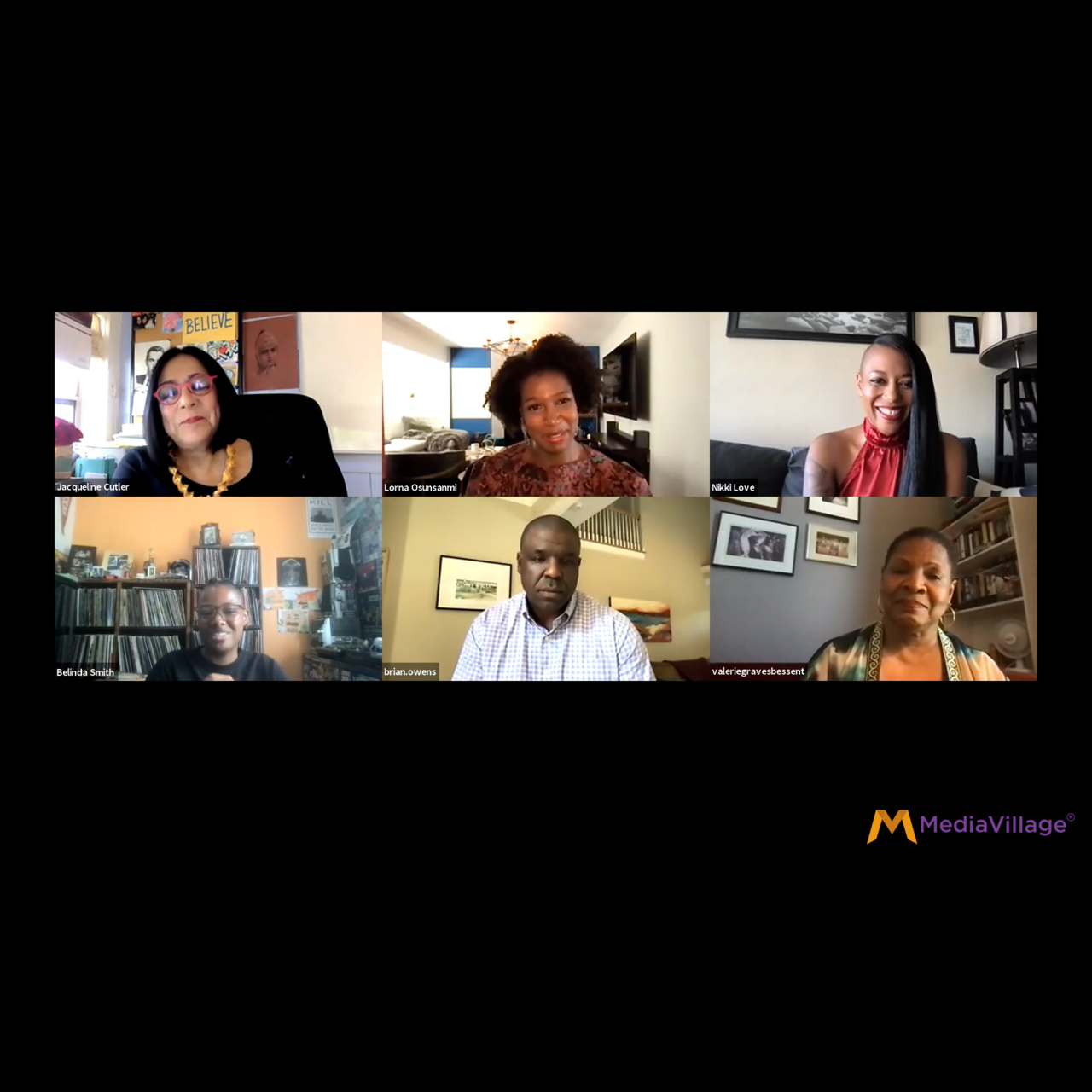 Let's be honest: It's a rare Zoom session does not leave you wanting to click "Leave Meeting" as soon as is politely possible. Not so during Advancing Diversity Week. In fact, one of the many panels I could have listened to for hours, "Shattering the Rules to Embrace Diversity," was filled with so much sage advice by those who have climbed to the top of their fields that I didn't want it to end. Granted, I was the moderator, but I soon realized the most helpful I could be was to ask the questions quickly rather than converse. That allowed the assembled leaders in television and advertising to share their wisdom. (You can watch the panel in its entirety in the video above.)

The panel included Nikki Love, Vice President, Production and Development ALLBLK, AMC Networks; Lorna Osunsanmi, producer, writer of The CW's All American; Valerie Graves, author of "Pressure Makes Diamonds: Becoming the Woman I Pretended to Be"; Belinda Smith, CEO Americas m/six, and Brian Owens, Senior Vice President, Commerce Strategy, VMLY&R Commerce. It was an impressive lineup of those who have been shattering ceilings for quite some time. Several reflected on their starts, and all offered advice to those considering careers in television and advertising.

"When I was young, I was just initially just happy to be there," Graves recalled. "I was very focused on kind of being one of the guys. I started my career as one of two women [among] 22 men in a car group -- as an experiment."

Graves worked with a creative director who took chances and wanted to "see if girls had anything to say about cars," she continues. "Well, I happen to have been born in one of those places where you grew up with gasoline in your veins, so I knew something about cars. I cared about cars. I loved cars. And it was easy for me to feel like I had something to contribute in that way, but to contribute as a Black person."

Also recalling her early years, Smith said, "When I was starting out in New York, a very long time ago, it was on the agency side. You tried to keep your head down and work hard, and whatever you got, you were really grateful for that. I think that fed into a system of it being easy to continually exclude and marginalize people who weren't white. We got to a moment in our careers, in our world, in our society, where you know enough is enough, and I'm grateful that there are so many leaders, like our guests today, like myself, who have the ability and the security to be able to stand up and say, 'I'm not doing it anymore.'

"What I have seen now, and what I try to embody in my work, is assuming that I deserve to be here just as much as everyone else," she added.

Recognizing the fulcrum of true change, Owens noted that we are "at a really cool tipping point," where diversity and inclusion discussion and action have long moved from the sidelines.

"Internally, as well as externally, what are you doing within the community, [and] what are you doing in your organization to transform and better represent the communities that we serve?" he asked. "I would say it's not just about the picture. It's not just about the cultural studio. I think there's a lot of soul-searching going on for folks who want to be allies. I'm seeing a lot of people stepping up to open doors for folks. At the end of the day, I think they're creative and the content is changing."

As writers leave a bit of their soul on each page, they need to know "not to let your self-confidence be eroded by people who you perceive to be better or have people tell you, 'Oh, that's not really that great,' when they read it or look at it," she added.

All the panelists explained how they made it -- hard work, innovative ideas, and more hard work had a lot to do with it. They also offered excellent career advice for those starting in the media business.

Among the best advice for those trying to break into TV, advertising, producing and writing? "Humble yourself," Love advised. "Be willing to learn. Soak up all the knowledge that you can. Network like crazy, and don't take no for an answer. And, at the end of the day, build your own table and make them come and sit at your table! We've been so busy clamoring for the past years for the invite and waiting for people to acknowledge how good and dope our stories are -- just build your own table!"