What to Expect from TV in the Decade Ahead 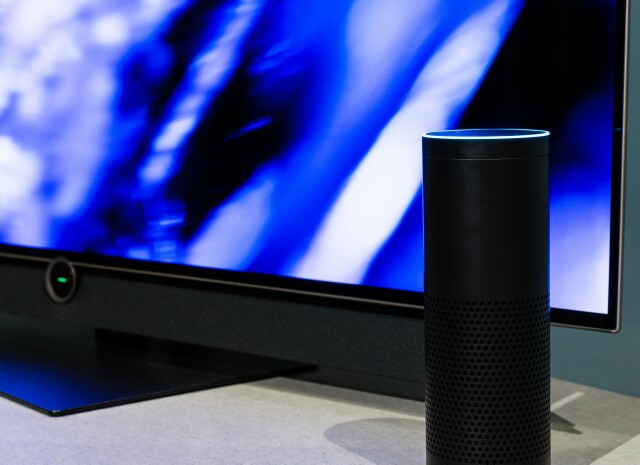 To all believers of the mantra that as goes the first year of a new decade, so goes the whole decade, stand by to witness whether your credo gets realized in the television universe.  Even if what didn’t transpire at the opening TV showcase of 2020 clouds that mantra somewhat.

The year unfolding is already chock full of developments that can impact the nine years to follow.  Start with the expanding capacity and capabilities of smart TV sets and TV-connected devices, now used in the majority of American households.  As 2020 begins, viewers can use them to do more than watch the biggest menu of original content options at their disposal.  They can play video games with or without a controller rather than an expensive console, order products and services, connect with family members and friends by video as well as voice, and manage other features of their home or apartment from room temperature to the front door.

Some of those abilities come from the fast-growing supply of TV sets and devices with artificial intelligence-powered voice features like Alexa, Google Assistant, Siri, Cortina and Bixby.  How many more abilities come into play depends on how quickly these voice features take on expanded vocabulary, and as panelists at the Internet of Things Consortium-sponsored Next conference in New York suggested two months ago, work with AI-crafted video handiwork.  That combination may set the foundation for smart TVs and devices to evolve into important hubs for smart home features of any kind by the end of the decade.

All that took a back seat at last week’s CES, the annual consumer technology show in Las Vegas attended by more than 170,000 people, observing exhibits and speakers from 4,400-plus companies, one of every three a start-up operation.  Smart TV set and device makers spent little time on the CES floor, in press conferences or panel sessions bringing up their latest smart programming apps, features or distributed content.  Instead, their focus was on the nature or picture quality of their 2020 models – roll-able, foldable, curve-able, upgraded to higher definition transmission (8K) and dynamic range levels.  From afar (I did not attend) the impression was that the media on site was more impressed by new plant-based food options or self-driving cars than a reservoir of TV advancements.

One of the few smart apps introduced at CES came from LG, in partnership with video commerce tech developer The Take.  In a few months, LG’s WebOS-equipped TVs and an AI process developed by The Take will allow viewers to shop at random for items showcased on individual TV programs or channels. Fashion, home furnishings, consumer electronics and household products will be featured initially, along with groceries for specific recipes and menus.  Separately, The Take will offer its interactive “Shoppable TV” mechanism for deployment among various programmers, as well as cable operators through their set-top boxes.  The charter programming players include WarnerMedia, A+E, Crown Media and NBC Universal.

Deployment of 5G transmission technology inside smart TVs and connected devices did get considerable attention during CES, according to Melva Benoit, head of media and entertainment at Reach3 Insights.  The double dip of expanded channel capacity and wider, dependable latency available through 5G can open the door for new video/non-video networks and applications.  (Note: Benoit was a guest on my Tomorrow Will Be Televised internet radio program last week.)

Public and private 5G conversation in Las Vegas also incorporated NextGen TV; specifically, the launch by broadcast stations around the country of ATSC 3.0, the latest advanced TV transmission format to deliver new services to viewers over-the-air.  Stations covering the top 60 markets are expected to market NextGen TV offerings by the end of 2020, with the rest of the U.S. in the NextGen TV fold within two or three years.  So far, Samsung, LG and Sony have pledged to make and market NextGen TV-compatible sets, with other makers expected to join that trio in the coming weeks.

One last surprise at CES was the absence of interactive TV ventures demonstrated there, coming off a fall season highlighted by the launches of Food Network Kitchen from Discovery and Portal TV at Facebook, both drawing consumer attention via well-made TV ad campaigns.  In Portal’s case, what started as a video chat tool three months ago operates more like an all-purpose smart TV device with each passing week, especially with groundbreaking augmented reality apps.  Another notable no-show: Eko, the choose-your-own-direction programming venture with Samsung, Walmart and MGM as key investors.

Despite missing a huge opportunity to make waves at CES, this columnist maintains a strong suspicion that before 2020 wraps, Eko will be available nationwide on smart TVs.  Two options at play: work inside Walmart’s Vudu video-on-demand service, or a roll out its own platform.