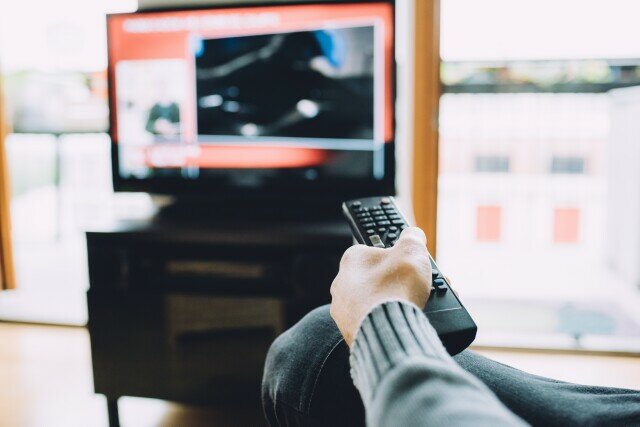 Question: How do you give viewers an interactive advertising experience without altering the commercial they see in any way?

Andrew Pakula and WiOffer, the advertising technology venture he's organized, are giving their response to that question a trial run right now. Viewers of KGO-TV, ABC-TV's owned-and-operated station in San Francisco, can catch a campaign from replacement windows dealer Renewals by Andersen during local newscasts, using a split-screen format inspired by broadcast network coverage of weekend afternoon golf and other live sports.

"It's a solution we created for TV advertisers that allows them to create engagement," Pakula, former co-chairperson of Bozell's interactive group explains. "We're able to track that engagement right through to the attribution and provide instant data for those TV advertisers."

On an increasing basis, golf tournaments running on CBS and NBC are taking "playing through" breaks where commercials play on one side of the screen while live action continues on the other side, often with leaderboards below the live action. For WiOffer's split-screen format, there's no live action running alongside Renewals by Anderson's message. Instead, their local news spot occupies most of the screen, with a colored frame surrounding the ad. The interactive information is embedded in a QR Code square on the lower right-hand corner of the screen, with the company's logo placed on the upper right-hand corner. If the viewer wants to grab the information -- an offer in this case--they focus their smartphone camera app on the square or they can text a five-digit number running at the bottom of the screen.

As soon as that action happens, WiOffer's technology delivers the details directly to an advertiser. "This is all tied to a very robust back-end system that tracks instantly what the engagement is," Pakula says. "Beyond that, we can follow through to the attribution, whether (the viewer) makes a phone calls, goes to a Web site, downloads a PDF file. That enables the client to actually see instant engagement (and attribution) without having to wait for the data to come back later through different vendors."

Finding a way to make interactive advertising work on TV has been Pakula's quest from his time at Bozell onward. A pair of trends convinced him to establish the model WiOffer operates on now. One was the quick adoption of e-commerce through smartphones; the other was split-screen commercial breaks on golf and other broadcast sports coverage.

"There's got to be a way to take that smartphone, because it's in people's hands all day long, especially when they're watching TV, and get them to interact," he goes on. "We looked at a bunch of different technologies and we came up with this one, which we believe is right now the best solution a marketer can use."

By using split-screen, advertisers can relax and not worry about anyone messing around with the content of their message -- a constant source of feedback to Pakula when discussing interactive approaches. "Our template wraps up the advertiser's commercial, "he explains. "You get the engagement capability without interfering with the commercial, and still give that commercial the presence it needs in front of the audience to get their message across."

If an advertiser wants to enhance the spot on their own, they can do so using space between their logo and the QR Code square.

Several clients ran tests of WiOffer's process prior to the coronavirus pandemic outbreak last year. According to Pakula, the process works no matter where the advertising runs -- linear broadcast stations and networks, local and national cable avails, multicast channels and placement on programming services distributed through smart TV products. With early reaction to the KGO newscast campaign positive, a number of sponsors are in line to launch similar interactive campaigns during the rest of 2021.

As a fast-growing number of smart TV sets and devices deploy Alexa, Siri, Google Assistant and other voice capabilities powered by artificial intelligence, Pakula says WiOffer is currently developing the technology, viewers will incorporate interactivity via voice activation. While WiOffer is capable of handling data traffic initiated through a smart TV product, that river will take a while to be crossed.

"The system is built to handle multiple ingestion points," he adds. "We're trying to go after what people are using on a mass scale today. It's all bells and whistles with everything else, and it's going to take a little while to get there. The reality is you have to get (voice response) into the hands of a mass audience something they use on a daily basis."