A Message from Chuck Lorre About "Mom" 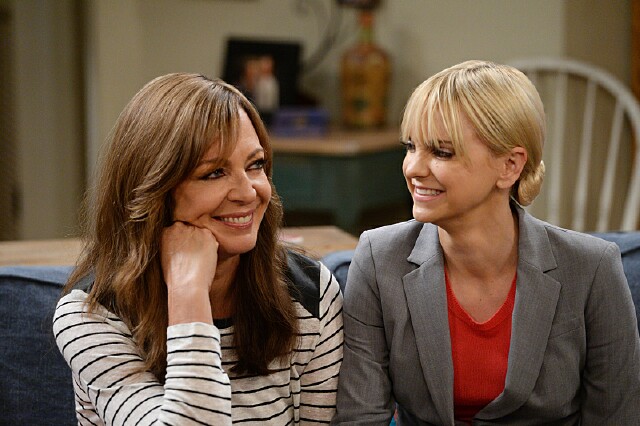 One of the joys of watching Chuck Lorre's many CBS sitcoms past and present, from "Two and a Half Men" to "The Big Bang Theory" to "Mike & Molly" to "Mom," is waiting for his latest vanity cards at the end of each show. In general, they are generally genius. But one of his most recent such messages, which appeared at the end of the season finale of "Mom," wasn't just funny. It spoke to media concerns and societal issues that resonate with followers of two MediaVillage.com communities, WomenAdvancing and The Future of Men.

Despite so much progress in so many different areas, apparently there are still significant issues about the balance of female and male viewers that burden the producers of some of the best shows on television. That is true even of a smart show like "Mom," which has been recognized with multiple industry honors (including Emmy Awards and Critics Choice Awards) and is often referred to as a Norman Lear comedy for the modern age because of its funny and dramatic treatment of serious issues. In fact, members of the cast recently appeared at the White House to talk about raising awareness of the severity of addiction and the challenges of recovery, concerns with which many characters on the show deal on an ongoing basis. 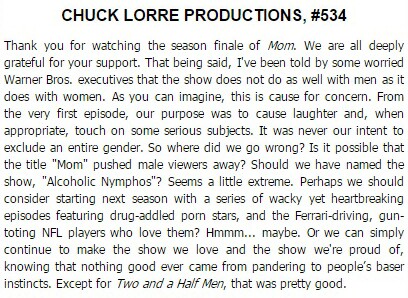 It's good to know that Lorre has kept his sense of humor in responding to this situation. "Mom" only gets better year after year. There should be no talk of changing anything about it.