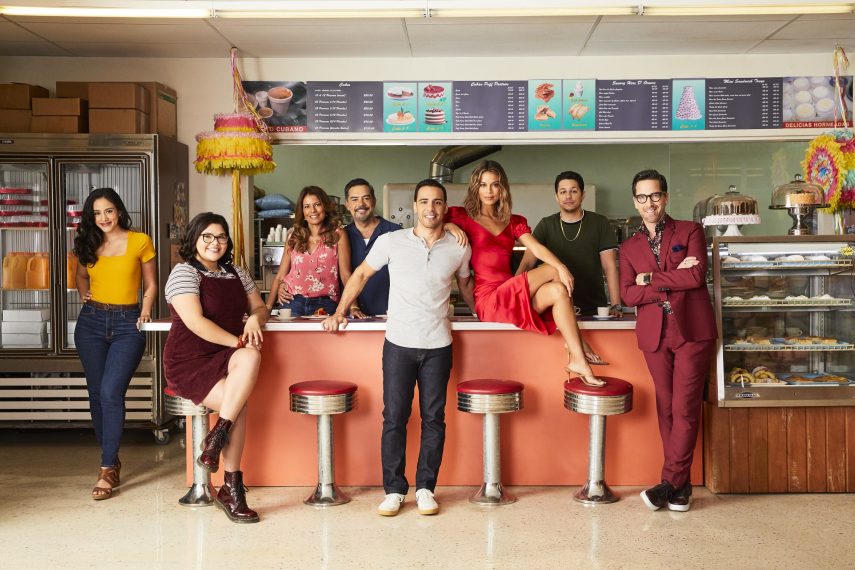 Family remains one of the most important parts of Hispanic and Latinx culture and ethnic cultures around the world and is nearly always reflected in television and film. You can take a look back at the many shows I've covered in my years with MediaVillage, from American sitcoms like Netflix's One Day at a Time, Univision telenovelas like Mi Marido Tiene Familia and even action-packed epics like Telemundo's revival of La Reina Del Sur, the love and endless devotion to family is at their core. However, with the past year's cancellations of the aforementioned One Day at a Time, The CW's Jane the Virgin, ABC's Grand Hotel and most recently, Freeform's Party of Five, Latinx families are starting to disappear from television. Thankfully, ABC's The Baker and The Beauty, the network's latest one-hour series, puts family and Latinx culture in the spotlight.

"Two worlds, we're living in two worlds. My hair is straight and yours is curls. He's Romeo, she's Juliet, they don't even know it yet" belted out at the top of the show by Mateo , Daniel's younger brother and aspiring songwriter whose lyrics, unbeknownst to him, are setting up the entire story, a hilarious and incredibly meta moment from the writers. We meet Daniel's parents, Rafael, and Mari, and the youngest in the family, Natalie, whose parents hold her to much higher standards than her two 'idiota' older brothers.

Daniel's long-time girlfriend Vanessa breaks up with him on the night of their 4-year anniversary after she proposed and he turns her down. It's then that he meets Noa Hollander, a model, international superstar, and the daughter of a real estate tycoon, who also had her heart broken by her famous actor boyfriend who cheated on her. After an adventurous night together, Daniel and Noa spark a romance that both feel is more than just a rebound and Daniel gets a taste of her glamorous lifestyle while Noa begins to see Daniel's side of life: a simple and content life out of the spotlight.

'Charming' doesn't even begin to describe the new romantic dramedy's magnetic performances and chemistry between its two leads. Victor Rasuk (Amazon Prime's Jack Ryan) leads the show with charm and ease as a handsome but unsuspecting young man seeking true love, not just wanting to settle. With the adorable relationship he sees between his parents, he wants the same thing for himself and his future wife, to still be in love decades after finding each other. Nathalie Kelley (The Vampire Diaries), plays Noa Hollander, the more-than-meet-the-eye starlet who seeks for more to life apart from the glitz and glamour of stardom. She shares some heartfelt and tender moments with Daniel when sharing what her true passion is and while spending time with the Garcias during a home-cooked dinner.

Mom and dad are played by Lisa Vidal and Carlos Gomez, respectively, and bring that age-old wisdom and wisecracking that endlessly reminds me of my Salvadoran parents, aunts and uncles and share a still passionate marriage that their sons hope to attain one day.

Wonderfully cast in their sibling roles are David Del Rio as spinster Mateo and Belissa Escobedo as the closeted Natalie, whose sexuality, in particular, is very subtle in its revelation to both her and us as an audience, starting as longing glances to Noa on the TV (before the family met her, of course), to nervous flirting with a classmate Amy and an eventual almost-kiss with her until Natalie abruptly ends it in a panic. Mateo and Natalie share a very tender moment afterward where Mateo says he's always known she was gay and encourages her to mend things with Amy and not be afraid to be who she really is. In Latinx and Hispanic culture, which is usually rather religious, it's refreshing to see this supportive and loving bond between the big brother and his closeted sister.

The Baker and the Beauty is without a doubt the feel-good show of the season, filled to the brim with laughs and love and brings a much-needed refocus on what family really is and what it means to so many people: comfort, acceptance and love; a necessary departure from the at-times harsh reality we're currently living in.