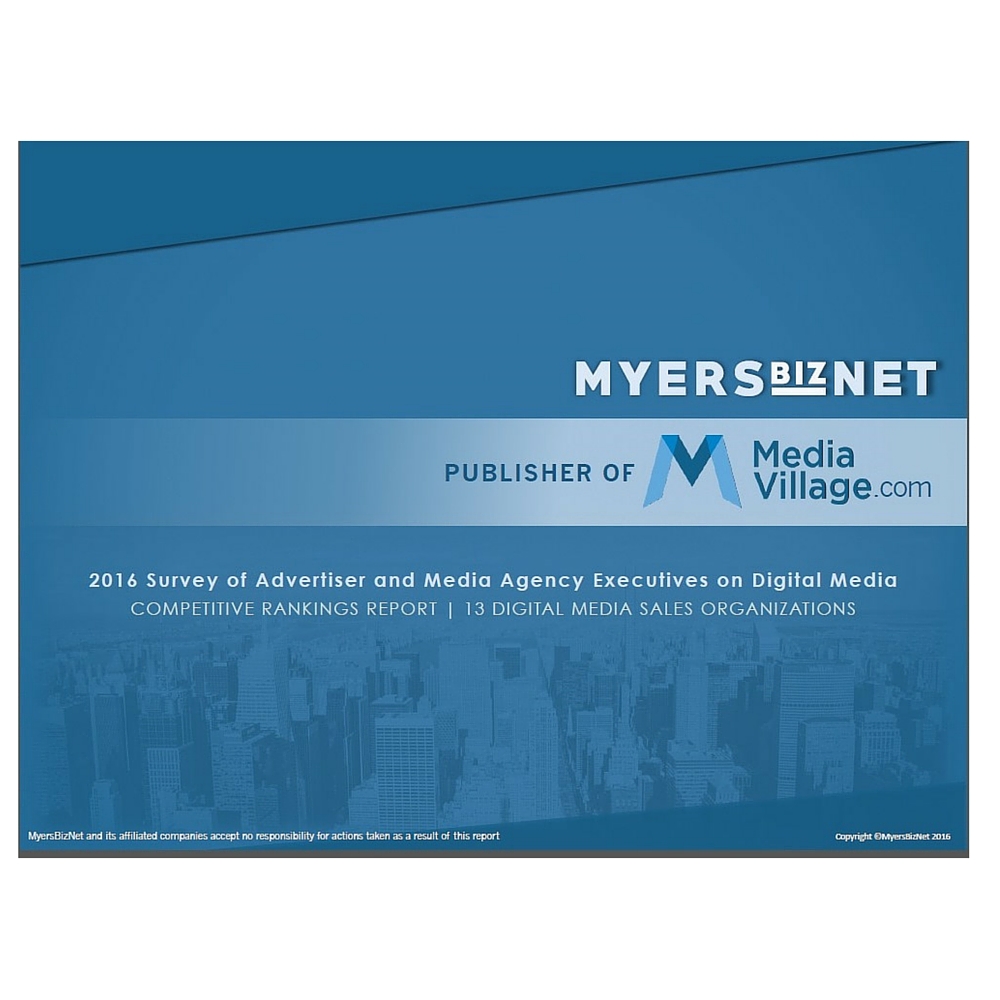 Among 13 leading online-originated digital media, Buzzfeed and Snapchat have captured the imagination and loyalty of advertiser and agency executives for their innovative leadership and premium content environments. While most of the data remains proprietary from the recent MyersBizNet survey of 344 ad executives responsible for digital advertising decision-making, we’re sharing topline insights on Snapchat and Buzzfeed exclusively for TomorrowToday subscribers. Buzzfeed and Snapchat are the dominant leaders for providing innovative and creative opportunities, with more than 70% of respondents who have a relationship with these companies rating them as industry leaders. For “engaging content environment justifies premium pricing,” Buzzfeed is a dominant leader, along with Hulu, which outperforms Buzzfeed among respondents who have been working in the business 8+ years. Here are more details from the MyersBizNet survey.

Reflecting the passion among young people for Snapchat, the site is ranked third behind Buzzfeed and Hulu for “engaging content environment,” with 74% of respondents who are in the first seven years of the careers rating Snapchat’s premium content environment positively. Among those in the business 8+ years, only 44% rate Snapchat positively, dropping Snapchat’s rank in this category among this important constituency to seventh among the 13 companies.

At Snapchat, the survey results are good news for TV industry veteran Jeff Lucas as he makes the transition to lead revenues at a five-year old digital native business that still confronts many start-up realities accompanying its great buzz in the ad community. At Buzzfeed, execs Greg Coleman and Lee Brown have been faced with some less positive feedback in the ad trades, but can take solace that their core brand equity of content and creative solutions is intact.

The MyersBizNet survey was organized into five sections, separating digital-native sites such as Buzzfeed, Snapchat, Facebook, YouTube, Aol, Yahoo, Google and others from those sites that are offshoots of legacy media companies, such as TV and print-based sites. The survey also incorporated audio and tech. Among 25 digital native sites, 13 were identified by respondents as “leading” sites based on the percentage of respondents in an active relationship with each company. A second report will be issued covering the secondary group.

Among the leading sites, as reported here, Facebook ranks first overall followed by Google, Amazon and YouTube based on their average aggregated performance in the seven categories on which organizational performance is based, (average performance weighted by importance of seven performance attributes measured in the study). Organizations included in the MyersBizNet report on leading digital-native sites include: Amazon, Aol, Buzzfeed, Facebook, Google, LinkedIn, Pinterest, Snapchat, Twitter, Weather.com, Yahoo!, YouTube.