Adoption Ever After: Pups of All Ages Capture the Hallmark Channel Team's Hearts 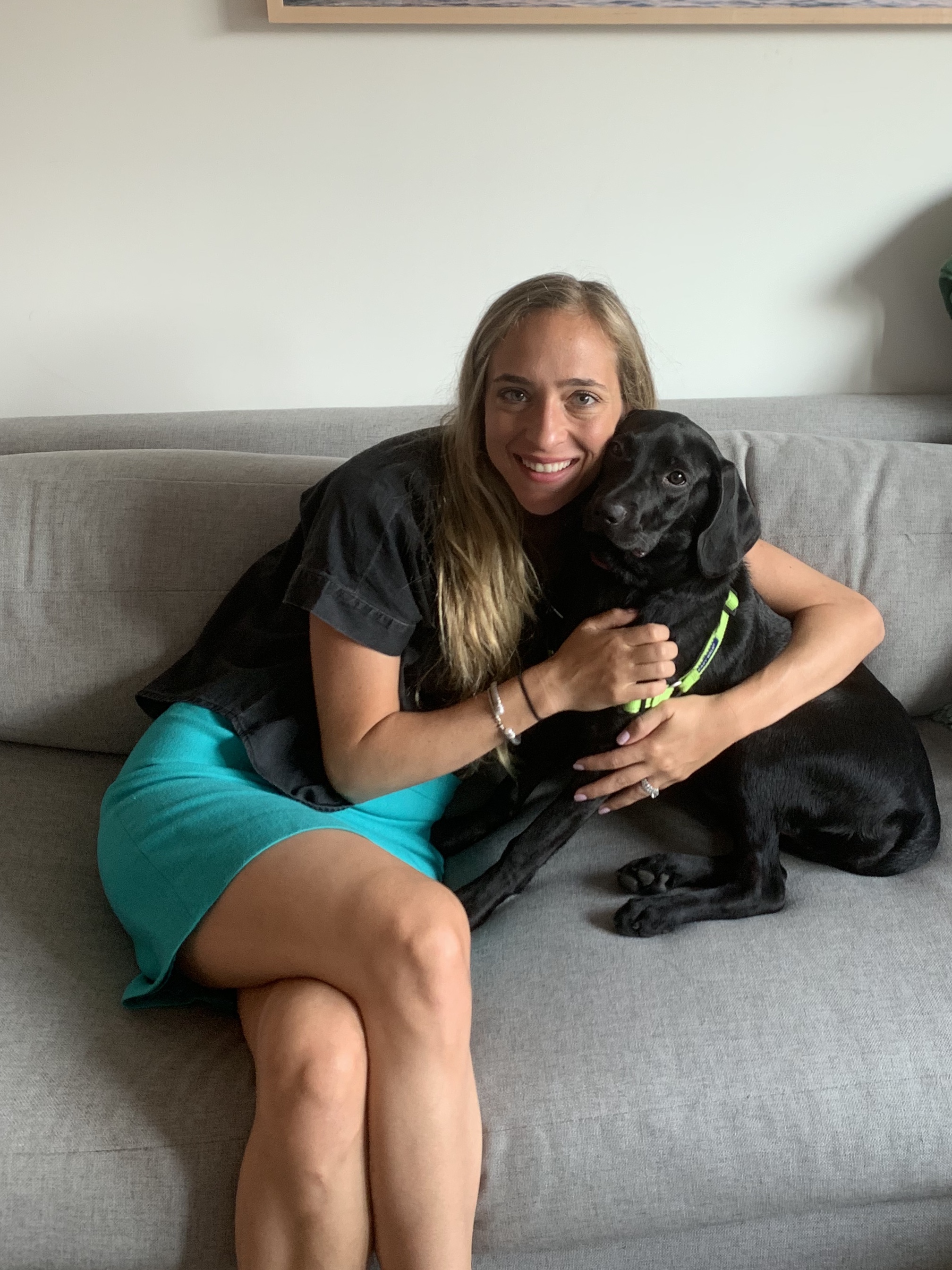 It isn't just clients getting into Hallmark Channel's Adoption Ever After initiative; even Crown Media employees are enthusiastically adopting, not shopping. Deciding to adopt a puppy or an adult dog varies, but love at first sight is a constant, which Paige LaBella and Jodi Harvey, members of the Crown Media family, know firsthand.

LaBella, an advertising sales account executive at Crown Media, says adopting a rescue pet "was a no-brainer" for her and her husband, Chris. Her family already had great experiences with NY Pet Rescue in Westchester, N.Y., so LaBella had been eyeing its Instagram account for a while when she saw that a mixed-lab pup and her littermates were on their way to New York from West Virginia.

LaBella emailed the shelter right away; she and Chris were approved as pet parents. They named their little pup Bailey (pictured at top with Paige), a name they'd always liked and thought was unique — before realizing it's one of the most popular dog names.

Bailey has joined LaBella and her husband, who live in Brooklyn, on a few excursions to Cape Cod (pictured below). It turns out that she's quite the swimmer — indicating that the "lab mix" description from the shelter was definitely on the money. 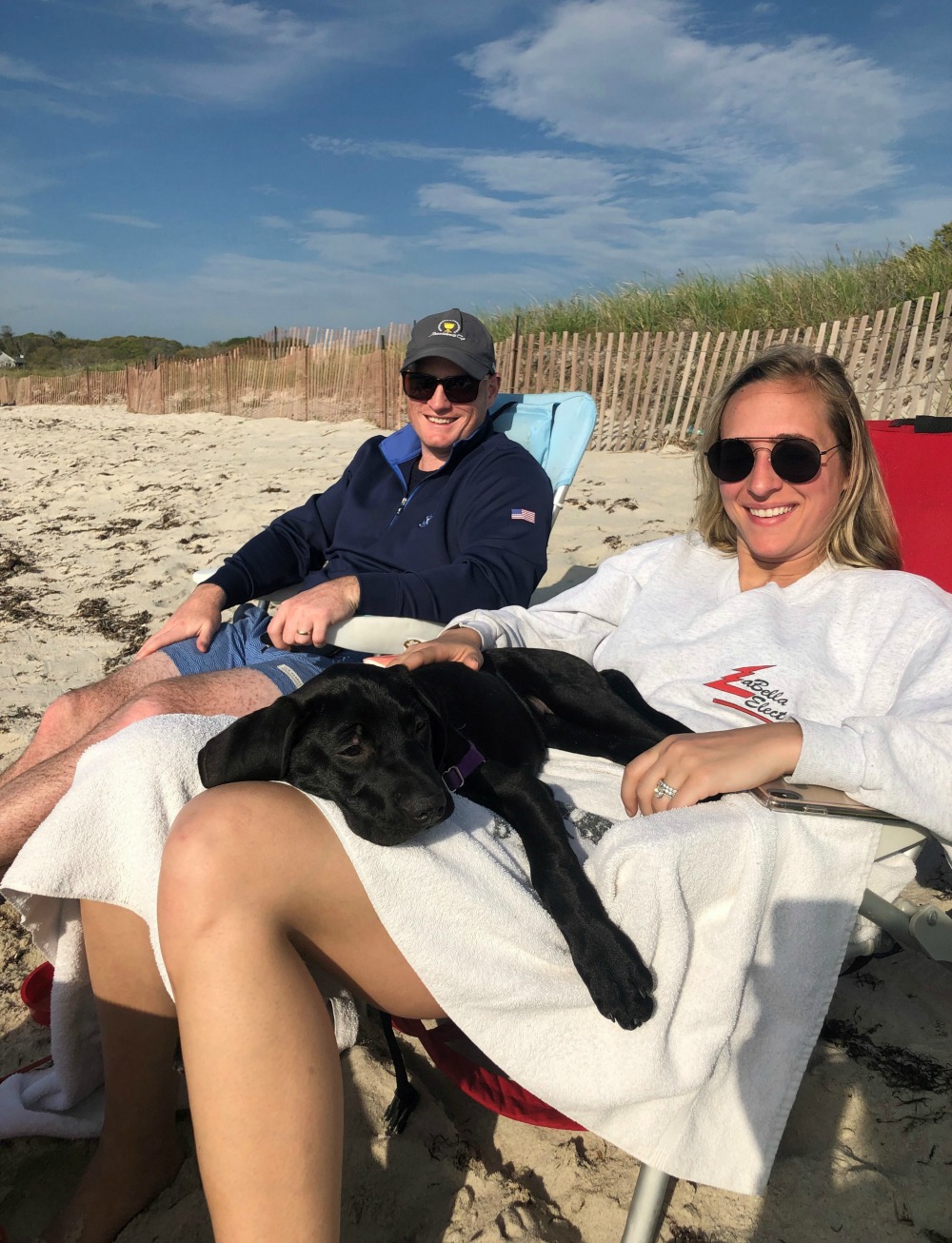 Bailey's happy ending is just beginning for the joyful pup and the LaBellas. But for Milo, the love story is ongoing. Milo, the rescue pup of Crown Media southeast region sales director Harvey, is proof that rescues are the best kind of investment. Harvey and her husband, Bryce, adopted Milo when he was three years old; 12 years later, Harvey says, he's still her main "helper" in the kitchen — helping her dispose of scraps, that is.

Both LaBella and Harvey thought long and hard before giving these pups a home.

LaBella wanted to make sure, before informing her family of the happy news, that Bailey actually wanted their home to be her fur-ever home. "But the moment we met her, I knew it was meant to be," LaBella says. "She was the sweetest, most energetic puppy that first day."

Harvey encourages would-be pet parents to think more about what kind of pet works best for their home situation and lifestyle. Considerations such as how much space you have and how much exercise you can provide your pup are the differences between gaining a member of the family for life and having to surrender a poor furbaby to a rescue that aims to find pets a home best suited to their needs.

"Many pets end up in rescues because their original family didn't take those things into consideration in the first place," Harvey says.

Hallmark Channel and parent company Crown Media's commitment to rescue organizations have been on display since Hallmark Channel created its Kitten Bowl in 2014. Even lifelong dog people like LaBella were won over by the adorable kittens, though she resisted the urge to adopt one. (Kitten Bowl, incidentally, has resulted in 25,000 adoptions over the years — and not just kittens.)

And when Hallmark Channel produced the American Rescue Dog Show? "It made me fall even more in love with Crown Media than I already was," LaBella says.

The network began its Adoption Ever After initiative in 2018. The effort has been taken up as a cause célèbre, both within the organization and among its clients, with some jumping at the chance to adopt at the Hallmark Channel "Pup-front."

"It's nice to work for a company with a heart," Harvey says.

LaBella concurs. "As soon as I started working here, I felt an instant connection to our brand messaging and core beliefs," she says, adding that clients appreciate the efforts, as well. "There aren't many other networks that have the same extent of pet initiatives and events we do, so our dedication stands out."

The pups have taught their families some valuable lessons — namely, for LaBella, that she is not a morning person. "Bailey likes to get up at 5:30 a.m. every day, so there's no need for an alarm clock anymore," she explains.

For Harvey, though, Milo has taught her something akin to a Zen koan. "Dogs just accept life as it is," she says. "They don't compare themselves to others, worry about the future, or wonder if they are eating too many carbs."

Certainly, a lesson for us all.