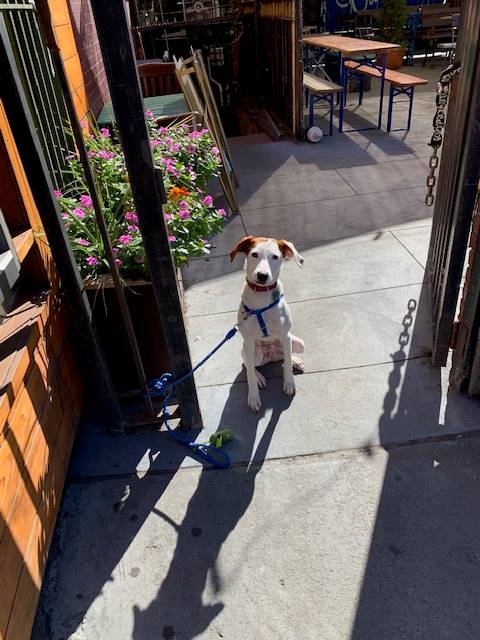 Before the debut of Subaru's National Make a Dog's Day, there was Stanley.

Stanley is a border collie mix who caught the eye of Bryan Bernstein and his wife, Lindsay, one afternoon at a Muddy Paws NYC adoption event. "We had no appointment to meet with any pups or even any intention of adopting that day," says Bernstein, national TV director on the Subaru account at IPG-owned media agency BNP.

Stanley — then just "Stan" — was just eight weeks old and somehow the last pup left. "With his all-white fur, brown ears, and a face that said, 'Please take me home,' we stood no chance of leaving alone that day," Bernstein recalls.

Bernstein and his wife then FaceTimed their family members to show off their new addition to the household. After a moment of shock, they all fell in love with the frisky little guy with the wonderfully ridiculous name: "Stanley Bernstein." (Bernstein likes to joke that the pup has a part-time career as a personal injury attorney.) 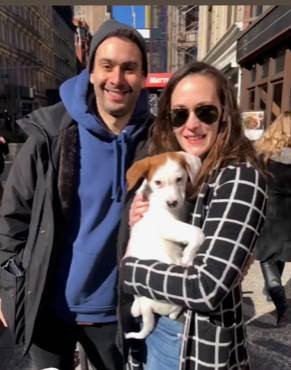 Working on the Subaru account, Bernstein was well aware of the need to adopt, not shop when bringing a pet into your life. Subaru has a long history of partnering with social causes, particularly through its 11 years of "Share the Love" event, which has led the company to donate more than $140 million to national and local charities over that time. Through "Share the Love," Subaru also has helped to rescue more than 50,000 animals in partnership with the ASPCA. Subaru provides resources for shelters and transport for the puppies, kittens, and other animals being rescued.

"Almost all of our ad campaigns [and] larger partnerships are purpose-driven," Bernstein says. If it's not a cause directly related to pets or pet adoption, he adds, it's an organization such as Meals on Wheels America or Make-A-Wish.

It's all part of the Subaru "Love Promise" ethos, which partly inspired Bernstein to assist with Subaru's first National Make a Dog's Day. On October 22, the carmaker unleashed a powerful campaign to draw awareness to the plight of underdogs — dogs that have a harder time getting adopted due to age, disability, or mistreatment.

An underdog is at a much greater risk of becoming one of the 700,000 dogs that are euthanized at shelters each year in America. With this in mind, Bernstein was all for a campaign that tells people that these dogs have just as much love to give as other dogs. As a bonus, Bernstein got to make his TV debut on National Make a Dog's Day, holding up a sign saying "Subaru Loves Pets" at NBC's Today Show.

But a few minutes on live national TV is nothing compared to the joy Stanley has brought to the Bernstein household. "We love taking [Stanley] to the dog run or to Prospect Park," says Bernstein, who lives in Brooklyn, N.Y. He says that fetch is always on Stanley's agenda, inside or out.

Because of Stanley's positive impact on his life, Bernstein truly understands the importance of HallmarkChannel's Adoption Ever After initiative. "My clients have already been working with Hallmark Channel in the pet adoption capacity, so I think it's an amazing program," he says. "If you have any second thoughts, or don't think pet adoption is for you, just know that the pet you adopt will undoubtedly change your life."

Just as Stanley has changed Bernstein's life — to one full of cuddles.