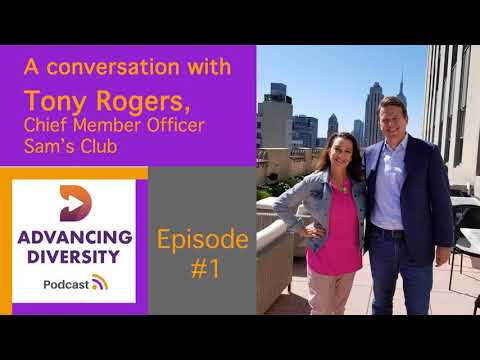 Need proof that weaving diversity and inclusion into the fabric of your company is good for business? We have it. In this Advancing Diversity Hall of Honors podcast interview series, the 2020 inductees discuss the many ways their organizations champion and embed diversity, equality, and inclusion, as well as examine the benefits to their company, constituents, and community.

In this installment of the podcast series, E.B. Moss, head of content strategy for MediaVillage talks with Tony Rogers of Sam's Club. During his 14-year tenure with parent company Walmart, Rogers has served in several marketing leadership positions, including SVP of marketing, chief marketing officer of Walmart China, and CMO of Walmart U.S. He discusses the company's commitment to diversity and inclusion (D&I), the areas he's worked on specifically, and the contributions those D&I efforts have had on the company and within the advertising, marketing, and media industry.

The following is an abridged version of the deep-dive conversation. Listen here to the full interview, which includes insight into Walmart's culture, Rogers' background and how that has influenced his D&I perspectives and work, and the importance of broadening your worldview. Also subscribe or listen wherever you get your favorite podcasts: Apple Podcasts, Stitcher or watch on YouTube. 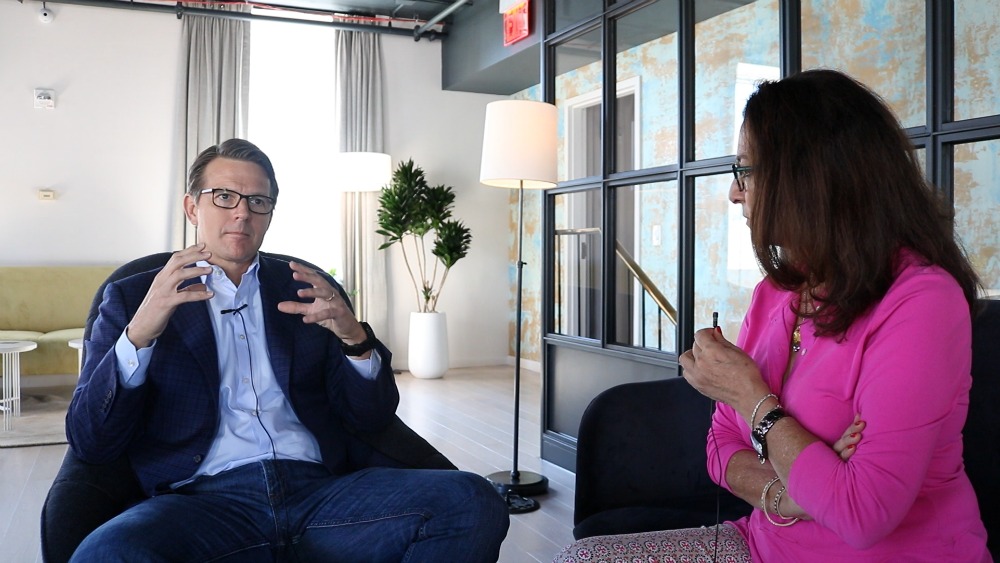 Moss: What inspired you to … participate in diversity initiatives at Walmart?

Rogers: One of the things you realize when you work at a giant company like Walmart … is you have this opportunity not only to do your job and to achieve your financial objectives, but you [also] can leverage the platform that you've been given to make a positive change in the world around you.

Walmart is so big that it's ingrained into the culture that we play that role. We've been on a journey for the last 14 years to try and use our scale and the size of our company as a force for good. Diversity and inclusion is one of the main areas where we've been trying to do that.

In my lifetime, I've seen the role of corporate America become more and more pronounced in terms of its ability to create change….

One of the first opportunities I ever had to even be exposed to the diversity and inclusion spacewas about 20 years ago… at PepsiCo. I went to my first diversity class, [where] they had us write down "the 10 people that you spend the most time with."

So, everybody wrote down the 10 people, and then they started sharing. …The 10 people on the white people's list were white. And the African Americans, they were all African American, and Hispanic, and so on. The point they were making is, if you ever want to broaden your worldview, if you ever want to be empathetic, you have to have these other people in your life or else you will never understand what they're going through.

Moss: You spent a couple of years in China when you were on the Walmart side. How do you think that that impacted your efforts towards diversity and inclusion?

Rogers: A couple of years over there changed my worldview. Being at our office in Shenzhen, it was the first time in my life where I had really been in the minority…. It caused me to be more introspective and to think about what that must feel like back here…. I don't think you can replicate those [experiences] unless you travel a little bit.

Moss: Let's go back to what you've helped institute when it comes to ensuring that Walmart, and now Sam's Club, is more diverse and inclusive.

Rogers: There are a few key areas that we've been pretty focused on and they all are completely interconnected, as you might imagine. The first piece is internally … with [our] team. What I have found over the years is that it's difficult to authentically do diverse and inclusive marketing if your team is not diverse and inclusive.

So, we've been diligent about trying to build up the diversity inside our teams…. The Consortium is [one of the many] groups we've worked with that works really hard to put high-talent African American, Hispanic, and other diverse folks in front of companies.

The second [piece] is the media approach.… A team that's not diverse will not make diverse media choices because people buy what they're familiar with.… The example I always tell is [about] a campaign several years ago around layaway….

My general market team was building their layaway campaign [and] completely focused on what I would call mainstream media. At the same time, we had a Hispanic team who, instead of working on layaway, [was] working on a program for our sponsorship of the Latin Grammys. It was one of these moments where you realize we [have] to get things more coordinated because Hispanic [audiences are] very important for layaway to be a successful program.… And so, [our] media approach really changed.

Even if you don't buy into diversity and inclusion from a moral perspective or an emotional perspective, it's just math. So much of the growth in the economy comes from diverse groups that, if you aren't marketing to them authentically, you will feel it in your results.

The third area [is] the creative itself. The way we look at it, especially on a large iconic brand like Walmart, the average American is exposed to thousands and thousands of ad impressions every day, every week. What we ask ourselves is … what if those ad impressions were providing a positive portrayal of American life?

Corporate America has such an opportunity to play that role in our society, [starting with] the way they build their departments, the way they allocate their money, and the… imagery they put in front of you. If you piece it all together, it can be pretty powerful.

Rogers: Well, for me, obviously the concern is just how polarized our society is….

What I'm finding is that … everybody is regressing to one of the extremes. And, even in my close circle of friends, I feel sometimes that there are certain topics that we can't bring up. So, I worry about that for our country and for our economy.

[One place] I see hope is the meeting I just came from. There are 50 people in a room, two blocks away at AIMM. They are passionately working to figure out how they can use their platforms in corporate America to try and be a force of good and a force of bringing people back together instead of pushing them apart.

I think we should have more hope than any generation has [to see real change], but it's not going to be easy.