After DirecTV and FX, What Will the Winter TCA Tour Do for an Encore? 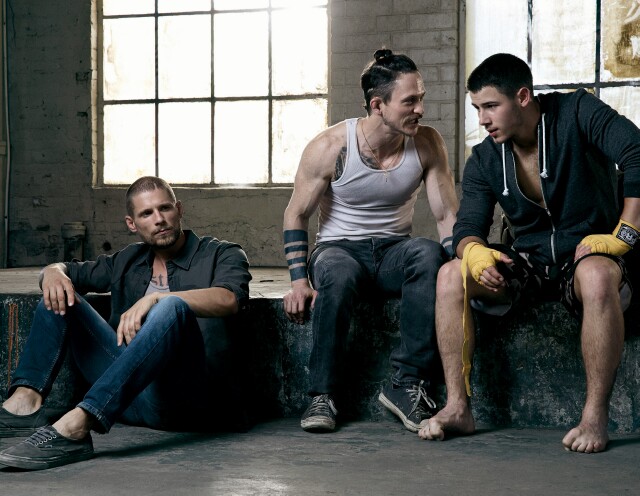 Pasadena, CA – The bar was set pretty high on Thursday during the opening hours of the 2017 Winter Television Critics Association tour – first with five dynamic panels staged by the AT&T Audience network and a cocktail party from which the talent was in no hurry to leave, and then with a screening of the first episode of FX’s upcoming limited series Feud.  As explained below, it is difficult to imagine that any of the network talent scheduled to appear here at the Langham Huntington Hotel, site of this year’s Winter tour, will be as fascinating as a couple of Audience’s guests, and as for Feud, I am comfortable predicting that nothing else we see here during the next two weeks is going to come close.  Even at this early date I am certain that it is going to be one of the most talked about programs of the year.

Together, the AT&T Audience network press conferences and party represented the largest presentation yet at a TCA tour for original programming available to DirecTV, DirecTV Now and AT&T U-verse subscribers.  In that regard, even as it informed critics about current and upcoming programming, the event overall reinforced the reality that the Audience network has become a major player in content development.

There was no shortage of star power during the Audience panels, including Matt Lauria, Jonathan Tucker and Nick Jonas (pictured at top, left to right) from Kingdom, the gritty mixed-martial arts drama that will begin its third season on May 31; Greg Poehler, Rachel Blanchard and Priscilla Faia of You Me Her, the adult comedy about a loving “throuple,” which begins its second season on February 14; Vince Vaughn, the executive producer of the sports interview series Undeniable with Joe Buck, which begins its third season on February 15, and the upcoming talk show Fearless with Tim Ferris; and Ricky Schroder, the executive producer of an upcoming documentary about the war against ISIS in northern Syria that focuses on the efforts of a remarkable cameraman and military volunteer named River Rainbow Hagg who wanted to do what he could to serve his country, save the world from terrorism and call attention to the struggles of the people there.

Although Hagg was humble and honorable, and frankly thrilled to meet us, talking with him about the experiences he has had made the rest of us feel like waste products.  I’m pretty sure that his harrowing stories about being detained in an Iraqi prison for three weeks (in a cement room with 80 other men, including terrorist suspects, many of them tortured during Hagg’s time there) and Schroder’s remarks about being shot at and saved by Hagg while filming were more engrossing than anything we are going to hear during the next two weeks.  Many top-secret details about their experiences in Syria could not be shared with reporters during the session, which only served to stoke further interest.

Talking with Hagg at the party afterward was an education, to say the least, as he explained various crisis situations in the Middle East with a clarity many reporters had never known through news reporting on television.  Detailed accounts of his personal experiences there were similarly riveting. I had no trouble imagining that, when the time comes this spring for Hagg and Schroder to promote their documentary, Hagg will find a huge audience on the cable news channels and may become a regular guest on one or more of them.  Indeed, a segment on CBS’ 60 Minutes, still the most influential news program on television, would not be inappropriate.

Day one  ended with special screenings at a theater complex in the Old Town neighborhood of Pasadena of Feud, about the tempestuous relationship between Joan Crawford (played by Jessica Lange) and Bette Davis (Susan Sarandon) during the filming of the horror camp classic Whatever Happened to Baby Jane? The screenings were introduced by FX CEO John Landgraf, still the network chief who is most involved with and supportive of TCA members whenever they are in town.

We were told it was a rough cut, but you could have fooled me. Even though it was not presented for formal review, I think it is fair to say that if the rest of this limited series maintains the quality of the pilot that FX will have another hit with critics and viewers and will once again be a dominant network during the next awards season – because Feud was hugely entertaining and endlessly fascinating throughout.

In what may be an unprecedented promotional effort for a new series at a TCA, there are two more Feud events during this tour in addition to last night’s screening:  A set visit Friday and, next week, a press conference during FX’s TCA day with executive producer Ryan Murphy and the cast.

The opinions and points of view expressed in this commentary are exclusively the views of the author and/or subjects and do not necessarily represent the views of MediaVillage.com/MyersBizNet, Inc. management or associated bloggers.