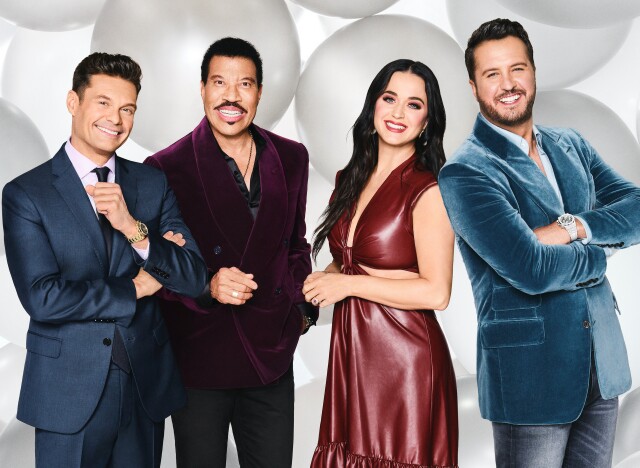 Twenty years ago, Fox launched a little singing competition show. Originally programmed as a summer fill-in, no one involved had any idea exactly what American Idol was, or what they were walking into. The show's U.K. version, Pop Idol, had proven hugely successful on its home turf, but Fox spared any expense when bringing the show stateside. With just ten final contestants vying for the title, it soon became must-see TV. Be it the caustic honesty of British import Simon Cowell in his critiques; the unexpected, frustrated outbursts at Cowell by Paula Abdul, or the wealth of knowledge from Randy Jackson, the first season of Idol was mostly all about the judges. Kelly Clarkson, who today remains a prominent fixture on television, would be crowned the season's winner, and future seasons would highlight talents like Carrie Underwood, Jordin Sparks and Jennifer Hudson, to name a few.

Idol has undergone many changes over its lifetime; everything from set design to an ever-rotating roster of judges to an eventual move to a new network, along with a change in direction. But one constant remained throughout in host Ryan Seacrest (pictured at top, left). He may have lost his season-one co-host Brian Dunkleman along the way, but Seacrest has been through every cycle of Idol and seen it all. Now, two decades later, Idol will be paying homage to some of its most iconic moments, and memorable contestants, going into season 20.

"To look back at all of those moments and see some of those contestants when they first met us on the road and see the time that's gone by and the success that they have had is impactful," Seacrest recently mused while promoting the show. "It's pretty incredible. I [get] emotional watching some of those great moments, and I think back to the beginning of this show … it was a purely pop and more personality-driven show. [Now] it's been navigated to become a very heartfelt, human and artist-driven show because of what the judges have done.

"They've done that deliberately," he continued. "I think that that's what you are seeing with these artists that may never have normally auditioned for Idol in the past, and the fact that we can audition on a computer [now], allows us to tap into talent that has never sung in front of human beings before yet can make it to the next level with these three superstar judges." 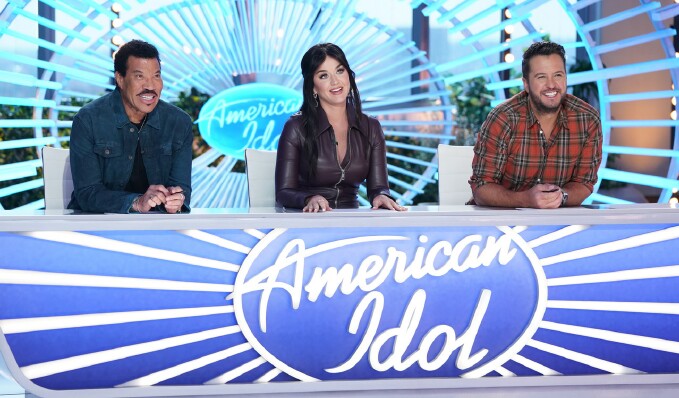 The superstars Seacrest referred to are returning judges Lionel Richie, Katy Perry and Luke Bryan (pictured above, left to right), who joined Idol after Fox dropped it in 2016. (ABC resurrected it in 2018.)

Other singing competitions have come and gone, with only one notable competitor staying -- NBC's The Voice (which currently features Kelly Clarkson as a coach). But Idol still reigns as the show that provides the golden ticket when it comes to career longevity.

"Years ago, when I was first approached and they said, 'Would you like to be a judge on American Idol?' I said, 'Guys, I'm busy'," Richie admitted. "I'm an artist. I have to be on the road. I want to be out where my fans are. Then I got to a point in my life where [I have] all this knowledge, and [I] actually know a lot about what [these contestants] are going through. So, when I was asked this time around, the answer was, 'Yeah!'

"We've heard 'no' more than we've ever heard 'yes,' " he said of the three judges, himself included. "We know exactly how they feel. We've been there and overcame something to get here. I'm vested in the fact that what we talk to them about is our experiences and theirs, and we relate. We come together as mentors, as fathers and mothers because sometimes all they need is a hug to understand what it's all about, and that's why this show changed to what it is."

"And supporting them and giving them cues," Perry added. "We care because we've been in their shoes and want to set them up for success. We are hard on them because, in the real world, it's hard. But we still do it with grace. This iteration of American Idol on ABC is about the contestants. It's also about singer-songwriters, artists and authentic talent. Our track record shows it's not really comparable to other talent competitions, so we are really proud of that."

Sign-up numbers to compete this year topped last year's total, with the current average age of an Idol hopeful being 20 -- meaning that, on average, this year's hopefuls were born the year the show debuted.

This season the evolution of American Idol continues. Former talent mentor Bobby Bones won't be returning, but viewers can look forward to some familiar Idol alumni filling his shoes. "I want to see every one of those contestants come back," Seacrest said of this season's mentors. "[Going] back to the beginning, like Carrie Underwood. I love seeing Jennifer Hudson. For me, I can remember literally standing next to them, looking at their faces and reactions in moments of success and in moments of challenge."

One major curveball for this year's contestants is the Platinum Ticket -- a fast forward of sorts. "In each city we visited, there were three reserved Platinum Tickets," Perry revealed. "We identified the best talent in each place, and this ticket gives them the ability to go [straight] to Hollywood Week. They get to observe from the box seats at the theater, rest their voice, strategize, check out the competition, and [then] select who they want to duet with. Lately, we've been selecting who people duet with, so they get a tiny advantage because they're the cream of the crop."

American Idol will be telecast Sundays at 8 p.m. on ABC.