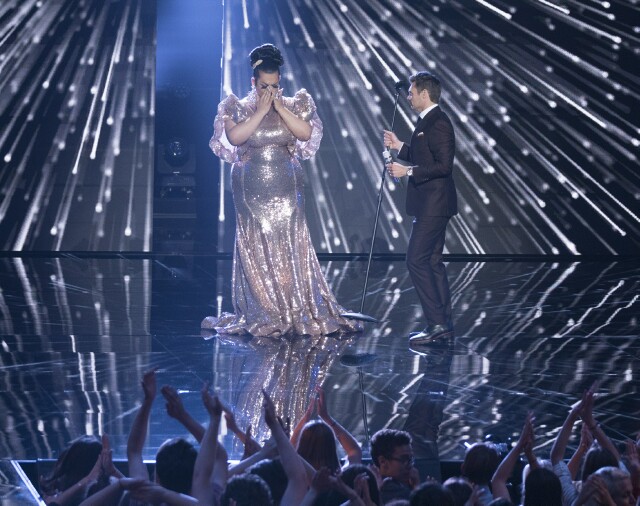 Following last Sunday’s first American Idol performance show of this truncated season, the fateful viewer votes were revealed on Monday’s live telecast, sending shockwaves through the audience as eight fan favorites and media darlings did not make the cut and consequently had to sing their hearts out for judges Lionel Richie, Katy Perry and Luke Bryan in the hope of being included in the all-important Top 10.  After the last notes were sung four of them had to leave the competition.  Two more will go tonight (April 29) as the show tries something no reality competition series has done before: Idol will be telecast live simultaneously in all time zones. It will begin at 8 p.m. ET/5 p.m. PT so that all voting can take place at the same time.  On the West Coast, a repeat (including the same national ads) will be shown at 8 p.m. and (says an ABC insider) the ratings for the two telecasts will be added together.

Also, in an only-on-ABC touch, it will be the first Disney themed night in the history of the franchise.  Boom! 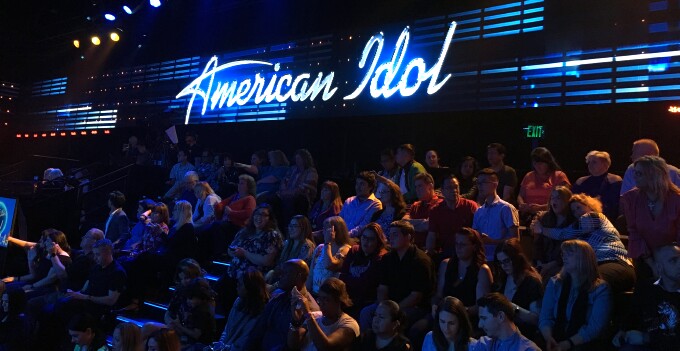 Following the competitors’ performances last Monday the judges revealed that Garrett Jacobs, Jonny Brenns, Mara Justine and Marcio Donaldson would not be advancing.  When MediaVillage talked with them backstage after the show the operative word was "sucks."

“It sucks, but it depends on the degree of sucking you are talking about,” Marcio said.  “[Just] to land on the revival of the show and kick it off so well was amazing,” he added.  “I’m sorry to say some of our performances may have fallen short, but it’s a tough competition.”

“It sucks a lot as I had just gotten to the point that I was feeling comfortable,” Jonny admitted.  “I am so happy I did this, but at the end of the day it hurts.  Not hearing my name [called] was like a punch in the gut.”

“It only sucks for a little bit, but while it feels like the end it’s not,” Garrett explained.  “I’m 18 and have my entire life ahead of me.  It was an opportunity to grow and now it’s time to go back to work.”

“I’m leaving with beautiful advice and some beautiful memories,” Mara said.  “We had so much fun along the way.  The memories I’ll keep for the rest of my life along with the friendships.” 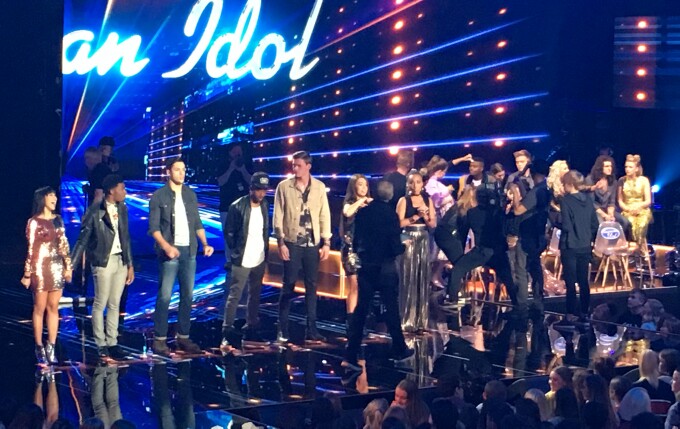 One of the night’s biggest surprises involved Idol’s first drag contestant Ada Vox (pictured at top with host Ryan Seacrest), who despite not having received America’s support received an instant place in the Top 10 following her epic performance of the aptly titled “And I’m Telling You I’m Not Going” from Dreamgirls.  “That executive decision made me feel amazing,” Ada beamed backstage.  “It was a breathtaking moment for me.  One, I was singing really hard, and two, the fact the judges believe in me so much … constantly getting their validation shows I am where I need to be.”

“When the Ada moment came it wasn't just one person's idea,” Katy Perry told me after the show.  “We all looked at each other.  I'm not even sure we were allowed to do that, [but] we stepped in and it was time for Uncle Luke, Aunt Katy and Cousin Luke to say, ‘Enough is enough, we are making an executive decision!’”

Those thoughts were echoed by Lionel Richie who was quick to add, “We messed up the timetable [by prematurely announcing that Ada was going through], but we felt so strongly about it that we didn't have to wait.  There's a lot of talent.”