ANA members widely oppose the addition of a "citizenship" question to the 2020 census.  The Department of Commerce, which has oversight of the census, recently approved the addition of a question that asks, "Is this person a citizen of the United States?"

Opponents of the citizenship question believe it will create an environment of fear and distrust in immigrant communities and depress response to the census from noncitizens and even legal immigrants.  That runs the risk of non-respondent bias by significantly undercounting immigrant, minority and low-income populations.  Census costs could rise, as increased non-response would lead to an increase in in-person follow-ups.  Of most importance, if immigrants and others (e.g., their families, even if citizens) avoid the national headcount, the census results will be flawed.

The ANA surveyed members of three committees whom we felt would be most knowledgeable and interested in this issue: Data & Measurement Committee, Legal Affairs Committee and Multicultural Marketing & Diversity Committee.  In total, 144 members responded with key findings as follows:

Awareness of the issue is mixed.

The key concern among ANA members is that the addition of a citizenship question would depress response among both non-citizens and their families (even if family members are indeed citizens).  Inaccurate census data would lead to misallocated marketing resources.

Verbatim comments from survey respondents include: 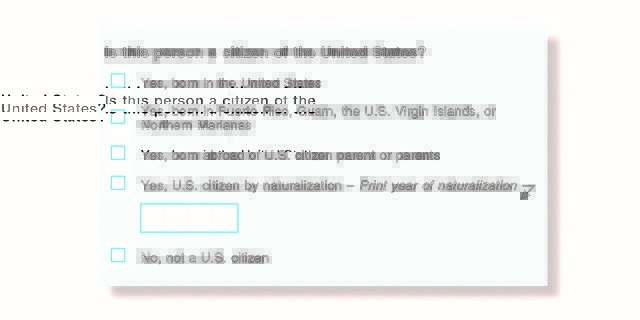 The ANA opposes the addition of the citizenship question to the 2020 Census and will be voicing our perspective to the Commerce Department and Secretary Wilbur Ross.  We encourage ANA members to do the same.

As a key next step, the Office of Management and Budget (part of the White House) will release the Census 2020 questions for public review and comment via a Federal Register notice likely sometime this month.  There will be a 60-day comment period.  During that period the ANA will express our views and again encourage ANA members to do so.

Census counts need to be as accurate as possible to help ANA members optimize their marketing investments.