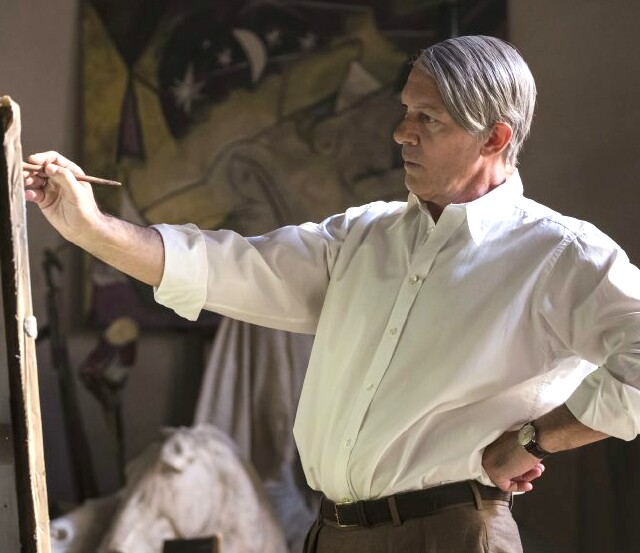 In preparing for his latest role, Antonio Banderas had to find Pablo Picasso.  Sure, he grew up in Málaga, walking the same cobblestone streets as the painter in the Spanish southeastern city flush against the Mediterranean Sea.  Yet to truly inhabit the man, Banderas had to do a tremendous amount of research, he recently told MediaVillage, reading everything he could, listening to rare recordings of Picasso, even learning how to paint.  Banderas, 57, had been approached before to play Picasso, yet the timing was never right.  But last year the stars aligned for him to finally play the artist in National Geographic’s Genius: Picasso, starting April 24.  “I saw Einstein [the first season of the Genius series] and it is quality television,” Banderas said.  “I had to take the step.”

As it happens, even the most influential painter of the 20th century had to find himself. Although Picasso was always an artist determined to forge his own path rather than copy the masters, he had to figure out what to call himself.  He had 14 names from which to choose.  There’s a wonderful moment early in the series when he decides.  “Picasso,” he says with assurance.  He painted with assurance.  He loved with assurance.  And he lived with assurance, even when broke, as he was as a young artist in Paris living among other avant-gardes.

He also moved with assurance.  Banderas knowingly nods as he considers Picasso’s Minatour-like physicality.  Nearly half a foot taller and leaner, and certainly far more handsome, Banderas nevertheless is a dead-ringer for Picasso in the series.  To some degree that is because he spent five hours daily in the hair and makeup chair.  Yet it is also because he trained himself to move like him.  Banderas springs from the couch in his hotel room, where we are chatting, and assumes two poses.  First, a slacker’s posture with arms across his chest, slouching.  Then, rib cage thrust out, elbows akimbo, hands on hips -- a stance that dares the world to ignore him.

This is Picasso ... and that attitude shines through in this epic telling of his life and loves woven into the fabric of his times.  As Picasso revolutionized art with cubism and collage, his world was torn apart.  He painted Guernica for the Paris World’s Fair in 35 days, an agonized response to Franco bombing his own people.  The series depicts the horrors of this battle and shows Picasso creating what is hailed as the greatest political painting ever rendered, among the reasons he is considered a genius.

“Genius was the most‑watched series launch in our network history and was recognized with 10 Emmy nominations,” Courteney Monroe, CEO of National Geographic Global Networks, said at the Television Critics Association winter press tour.  “Like Albert Einstein, (Picasso) imagined and interpreted the world in totally new and unorthodox ways, reinventing our perception of creativity in the process.”

Monroe has since told MediaVillage that the next genius in the anthology series will be a woman.  The bar is high: whomever is selected must have had interesting friends, lived in fascinating times and, of course, changed the world.  And, that person’s life must be rich enough to sustain 10 hours of fact-drenched drama.

“Obviously we dramatize moments and try to mine people’s lives,” Ken Biller, showrunner, creator, executive producer, director and writer said when MediaVillage interviewed him during a break shooting Picasso in Malta.  “But we don’t make things up and we take very few liberties with history as we understand it.  Often we know what figures did and what they didn’t do.”

“We know what Picasso did,” Banderas confirmed.  “We know what he said, but we don’t know why.  The mystery of Picasso is still a mystery.”

What is known is that Picasso created an estimated 50,000 pieces of art.  He worked in all media, although he is best known for his cubist paintings.  What can’t be quantified, though, is the life force he continues to emit 45 years after death. 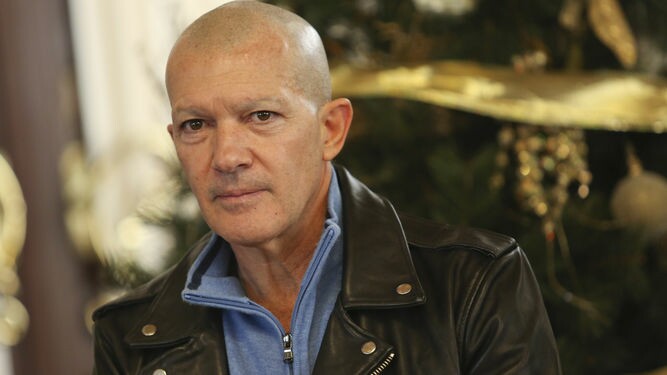 As the production was winding down after nearly eight months of shooting on 297 sets in five countries, it was evident that Picasso even died with flair.  On a raw day on the top of a hill at the prime minister’s residence in Malta, a 1625 manor with spectacular grounds standing in for Picasso’s house in Mougins, France, the six main loves of Picasso meet.  It’s the sort of post-impressionist dream scene that would spring from this genius on his deathbed.

Costume designer Sonu Mishra and production designer Arv Greywal, separately, told MediaVillage of feeling Picasso’s spirit during this long filming.  Mishra felt his spirit opened up her process; Greywal constantly studied Picasso’s art and felt it guided him.  Granted, this isn’t the sort of topic people often talk about, but Banderas considers the matter, shuts his eyes, and then softly says, “Yes.  Sometimes it happens in the middle of the day and sometimes in the middle of the night.

“Now we are doing (episodes) nine and ten,” he continued after a pause.  “It is the oldest Picasso.  I wake up in the morning and I get up like this,” he said, standing and assuming the hunched crouch of an old man.  “And I say, ‘What the f--k am I doing?’”

He laughed and added, “In the process of making this guy, I felt a certain enjoyment in him every morning [while] shaving my head.”