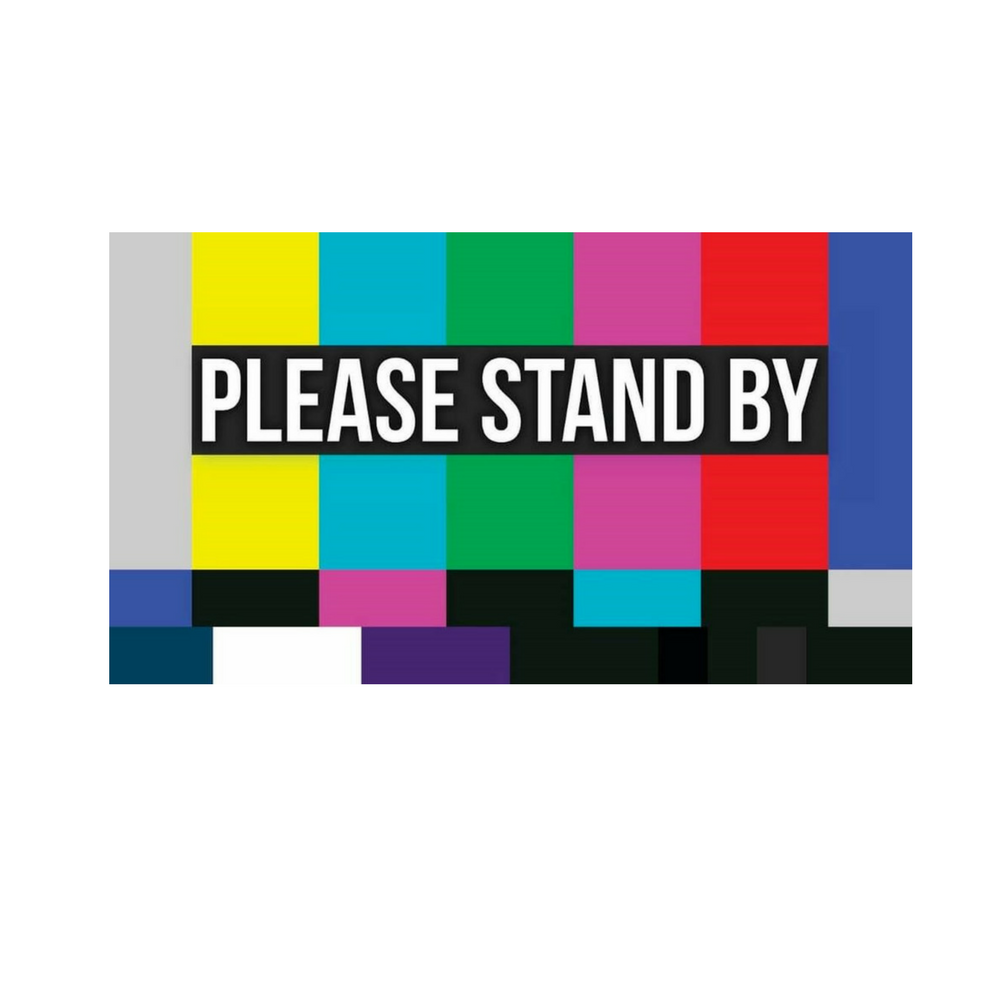 AT&T AdWorks ranks first among 53 media companies for providing advertisers and agencies with advanced television solutions, and follows only Google/YouTube, Amazon and Facebook (GAF) for providing advanced market research, data resources, and analytics that support marketers' and agencies' media decision making. Verizon's Oath (AOL and Yahoo) ranks closely behind the leaders in both categories. The companies are perceived as superior to the TV networks in delivering advanced data and technology. (Scroll down for the chart) Data from the new Jack Myers TomorrowToday study among 750 advertiser and agency executives conducted for MediaVillagepositions AT&T and Verizon at the intersection of opportunity and risk.

The opportunity for AT&T and Verizon is that they are positively perceived by marketers and agency decision-makers as they confront the walled gardens of the three-legged marketing GAF juggernaut (Google, Amazon, Facebook), an advantage the TV networks have yet to establish. Among all TV networks and major video-content ad sellers, Google, Amazon, Facebook, AT&T and Verizon are the most positively perceived for delivering enhanced data, analytics and technology

The primary risk is the innovator's dilemma. As leaders, AT&T and Verizon will be expected to lead, and with that role comes greater responsibilities, greater visibility, greater investment and greater scrutiny. Not the most appealing position to be in. Yet, in it they are, and the challenges are not insignificant. More on the risks in my next TomorrowToday report. The potential long-term rewards argue for taking the risks.

Interactive/VOD/Addressable TV advertising is projected by TomorrowToday to grow 40% in 2018 to $1.1 billion, far below the projections made by analysts just a few years ago, but within industry expectations. According to a new Forrester study presented at the recent ANA Media Conference, advanced television technologies represent an important asset to drive increased spending by marketers in TV advertising. Jack Myers TomorrowToday, in our 2018 Advertising/Marketing Spending Data and Forecast 2000-2020 report, projects the long-awaited hockey stick growth will begin in 2019, with Interactive/VOD/Addressable TV advertising reaching $3 billion in 2020 and accelerating throughout the next decade. It's one of television's few bright beacons, but who will capture the dollars is unclear.

Standing in the way of TV networks reaping a revenue bonanza next decade are ten companies that are staking their claim, with others on the radar, with all of them competing with four companies that soak up over 90% (and growing) of online video ad spending growth. Other companies ranking ahead of all TV network companies for advanced TV solutions include Hulu and a surprising outlier: Bloomberg Media. Among 53 TV networks' advanced television solutions, Bloomberg ranked 10th with a 157 index. NBCU ranks 11th with a 141 index.  AT&T AdWorks leads the pack with a 248 index, with Oath at 194. (Scroll down for the chart.) 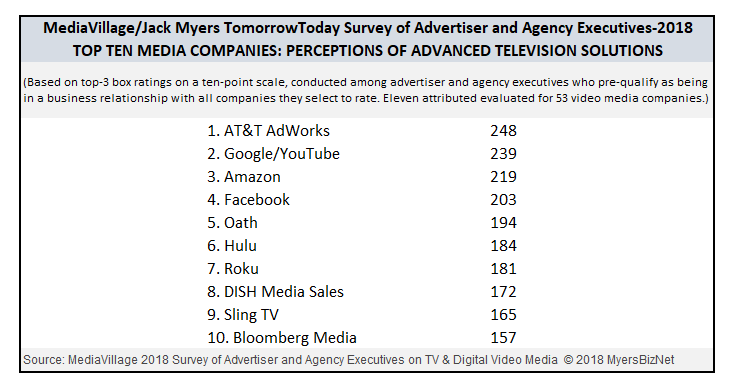