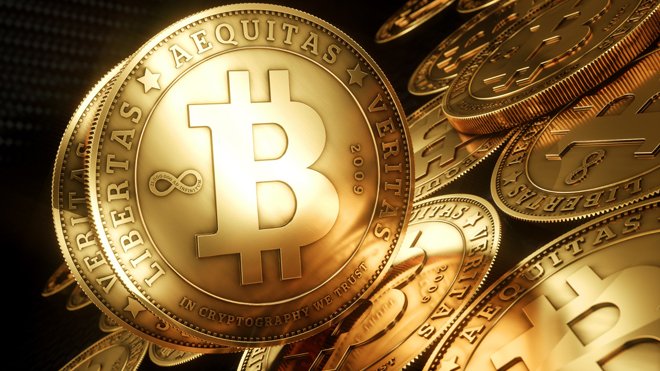 Advertising Week in New York has wrapped up, with nary a word about the best current opportunity for skilled marketers to ply their trade. Ad Week routinely dwells on marketing ROI, and on that score, helping a venture market a blockchain-based initial coin offering (ICO) promises about the best in the business.

ICOs: clear attribution of marketing to results. Although the lifespan of the typical ICO is 3-4 months, a recent conference presentation laid out how to cut this to 40 days. The compressed timeline elevates marketing’s impact.

Key performance indicator: amount raised, with big upside for good execution. The range of outcomes for an ICO is much greater than for an initial public offering, with fewer than 100 that have raised significant funding, and hundreds more falling short. The typical ICO has a “hard cap” -- a maximum to be raised -- that is a stretch target. Investors will assess the likelihood that the ICO will reach this hard cap (a few, like Brave’s Basic Attention Token offering, do so), as that affects the token’s post-ICO price performance. The ICO also usually has a minimum target, a “soft cap” below which the offering will be pulled. Large gaps between the hard and soft caps are not uncommon (e.g., $5m soft-$30m hard). Rules of thumb may gauge progress to these caps (e.g., $1m in ICO proceeds for every 200 Slack sign-ups).

The product: earlier than typical early-stage start-up. Fundamentally, blockchain protocols can be tokenized, and thus funded directly, whereas Internet protocols have not been tokenized. The bromide that investors fund teams not ideas has made it to the blockchain, with particular weight going to relevant experience with blockchain protocols, which are complex and dynamic. Nevertheless, the inventor of ICOs has said, “What everyone got really excited about was, hey, I can publish a paper and people will send me money.” An ICO white paper should be clear on the proposed service, the status of the protocol/distributed app, and relevant timelines. Use of proceeds is a key topic, although veteran entrepreneurs have been surprised by the wide latitude investors give here.

Marketing strategy: build community and tap influencers.First, like crowd funding campaigns, ICOs look to recruit supporters of the proposed service. Tokens often carry a say in governance, although big holders will drive the consensus. ICOs require more focus on community building than most financial offerings, reflecting their niche appeal and the futurist fervor they look to tap. There are fewer than 20m active unique cryptocurrency wallets, necessary to hold tokens, and no ICO has yet unlocked mass market demand beyond the existing crypto community, with successful ICOs often selling to 2,000-4,000 investors. Thus, ICOs are wise to target “crypto-whales,” the big winners in the crypto boom now looking to diversify (e.g. the 10,000 millionaires created by Bitcoin, perhaps). Second, the blockchain community has its authorities, like influential programmers, well-known crypto-investors, and execs with relevant domain expertise. ICO rating services are cropping up. One tactic is to encourage influencers to share with their followers relevant information about the ICO. A well-chosen set of advisors can help reach a diversified set of investor segments, including across a range of countries. As accredited and institutional investors increasingly invest in ICOs, they will likely assess how well the offering is building both grass roots support and positive buzz among the crypto cognoscenti.

The buyers: global, tech-savvy, a mix of evangelists and speculators. ICOs are global—even multi-lingual—events, often requiring multi-continent road shows, e.g., to pitch investors in Switzerland’s “Crypto Valley.” Winning investment from crypto-purists requires convincing them that the proposed venture requires execution with blockchain technology, although some lucky ICOs have succeeded despite a self-confessed lack of connection to the blockchain (a bubble benefit, perhaps?).

The ground rules: laws moving under marketers’ feet. ICO marketers should stay on top of legal guidelines. On the one hand, the ICO’s principals may see few limits on how to raise funds from a sale of cryptographic tokens, not “securities.” On the other hand, the ICO fundraising boom (over $2bn this year so far) is increasing regulatory scrutiny, and the default for financial products generally is more-than-average regulation, on the grounds of consumer/investor protection.  ICOs were hot in South Korea; this past week, its regulators announced their ban.

Hitting the window. As the ICO crescendo builds, an offering’s sense of urgency becomes more important. ICO site countdown clocks are commonplace. Many blockchain investors look to catch, in the words of one recent ICO conference speaker, the “wave of a lifetime.” However, be wary of shortcuts in attempts to portray a particular ICO as seaworthy, such as claims about team sizes/qualifications or influencer endorsements that are difficult to verify.

Marketing the different use cases. Blockchain protocols have three main use cases: 1) for storing value and transacting (e.g., bitcoin), 2) crypto-assets (representing and transacting in other assets, whether physical or digital), and 3) “smart contracts” (executing business transactions).  Within the last, accounting for most ICOs this year, distinguishing between B2B and B2C use cases is particularly important, given the impact of tokens on incentives (e.g., many media ICOs pitch utility tokens to incentivize consumer engagement). Although most ICOs propose disruption, a key positive differentiator could be explaining how they will integrate with some of the existing market participants, at least as a Trojan horse.

Selling utility tokens to crypto investors … the road to Web 3.0. The many ICOs this year of utility tokens—integral to blockchain smart contracts for newly proposed services—look to convince investors who made their money in cryptocurrencies that these utility tokens can attract the demand necessary to appreciate over time. Judging by the ICO pipeline, many crypto investors are open to persuasion, across a range of verticals, including finance, energy, supply chain, Internet of Things, and media.  Thus, pitching an ICO as the blockchain-Uber or blockchain-Facebook is one route to investors in Web 3.0, despite practical challenges of blockchain decentralization in executing such analogues.