"Better Things" Is Better Than Ever 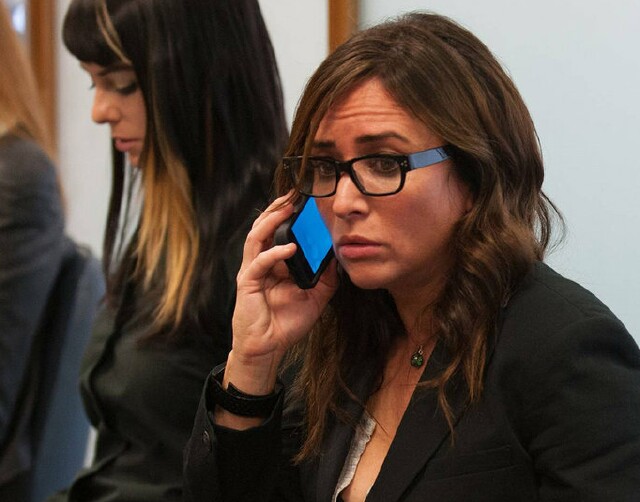 As a fan of pre-scandal Louis C.K., I’ve had FX’s Better Things on my radar for quite a while. That’s not to say that Pamela Adlon (co-creator, star, executive producer and director of the show) wasn’t enough of a draw on her own, but if I’m being honest, it was her stint on Louie that convinced me to give Better a shot.  A little over three years ago when this show premiered, I was (like millions of other folks) a huge Louie fan and, at the risk of sounding “basic,” when I saw Adlon’s Better Things it very much felt like a female-version of Louieto me.  Not so much anymore.  Let’s break it down.

In both series we’ve got a divorced single parent who works in the entertainment industry.  Check.  They’re alone but have great friends.  They’re sad, but not depressed.  They’re cynical, but not necessarily assholes.  Check, check, check.  And their kids -- C.K. has two girls, Adlon has three, both in real life and on their respective shows -- tend to split their time between being sources of both unfiltered stress and unconditional love.  I could go on, but I won’t.  The point is that, at the time, all these similarities were a good thing.  However, with C.K.’s dismissal from all things TV in late 2017 (due to accusations of sexual misconduct that C.K. later admitted to), suddenly something that was a successful joint collaboration between the two comedy pros would turn into a solo venture for one of them.  Adlon summed it up perfectly in an interview with IndieWire back in January by saying, “All of a sudden, he’s gone, my show is dangling from a precipice.”

Which brings us to Season 3.  The formula over the first two seasons has remained more or less the same, and thankfully, that trend has continued right into the third season (which, by the time this is published, will have already telecast it’s fourth episode).  Don’t get it twisted, though:  Formula or no, Better Things is its own beast.  Adlon’s character Sam is our gateway into a world that’s as familiar as it is foreign.

For me, it’s foreign in the physical sense: I’m not a woman, I don’t live in a house/neighborhood like hers, and even though I write about television and not for it, she does, which puts her job in the industry while mine is best described as “industry adjacent.”

On the flip side, there’s so much to identify with.  I see Sam’s dealings with her college-bound daughter, Max (Mikey Madison), and I thank my lucky stars that my daughter’s only six.  I see Sam’s youngest (and nicest daughter), Duke (Olivia Edward), getting older and older in every episode, and I identify with the mixed feelings of watching my own kids get bigger every day.  I see Sam’s rebellious middle child, her daughter Frankie (Hannah Alligood), and I’m honestly reminded of my son.  (He’s a little younger, but they’re both snarky know-it-alls.)

Point is, unlike Louie, which leaned in a weird, sort of trippy direction every now and then, Better Things sources all its gravitas from its existing on-screen relationships, and treats each episode as kind of a microcosmic example of life in whatever particular configuration it happened to be in that day.  The constants are this family, not the particulars or the details.

I’ll admit, sometimes it felt weird knowing that what I just watched pretty much boiled down to “Sam dumps guy.  Sam goes to Santa Barbara.  Sam leaves.  Sam thinks about her kids,” but maybe that’s because your average comedy/dramedy usually finds it necessary to spoon feed us the plot points.  All that “last time on …” and “to be continued …” nonsense just doesn’t matter on Better Things.  I’m not saying stuff doesn’t happen chronologically.  I’m just saying any one episode by nature doesn’t necessarily need to have been seen prior to any other episode.  It’s like life; Sh*t happens every day, and whether it was terrible or awesome, or whatever, the next day we just kind of keep living our lives.  That’s how Better Things feels.

Last season Sam’s mother Phyllis, aka “Phyl” (Celia Imrie), purposely injured herself, I assume in a misguided attempt to feel some semblance of control in a world where her senility is creeping up on her more and more every day.  Yes, it buys her some sympathy, and (unbeknownst to her) makes Sam consider putting her in a home, but the truth never comes to light, and that thread is never really picked back up in a specific way.  Similarly, there are moments when it seems like both Duke and Sam can see spirits or ghosts, maybe(?).  Sam talks to a responding apparition of her late father on more than one occasion (Season 3 included), and Duke saw what I’m pretty sure was a ghost during Season 2’s “White Rock” episode.  Neither of these things are really explained or become major plots points.  They’re just … there.

This show, if nothing else, should get props for how it likes to turn traditional things on their heads.  For example, all the main female cast members have names/nicknames that sound traditionally male:  Sam, Max, Frankie, Duke, Phyl.  I thought that was a nice touch.  Sam is a single mother, but she’s not a prissy, dress-wearing homemaker.  Instead, she swears, speaks her mind, wears jeans or pants constantly, and is more of a “guy” then most of the guys with whom she comes in contact.  In fact, I’d argue that almost every guy she interacts with is the worst -- except for her close friend, Rich (Diedrich Bader).  He’s the best.

Sam is complicated.  The guys she deals with are not.  In Season 2 she dumps not one, but two different dudes for being a little “too much” emotionally.  She almost feels a sexual attraction towards her best friend’s ex-husband, Jeff (Greg Comer), which, once given the chance to make his case, he promptly talks her out of (inadvertently), because he’s an idiot.  Arnold Hall (Rade Serbedzija), the father of Sam’s ex-husband, begs her to continue financially supporting his grown-ass son, even after her court-appointed alimony payments finally end.  Who the hell does that?!

With the exception of Rich there isn’t a single respectable man in almost any of the episodes.  Is this a commentary on how men are viewed by women today, or is it just a brutal look at the intentionally ignored hypocrisy of my gender since like … ever?  My money is on the latter.

I think the point is that a “normal” show about a working single mother would’ve shined a light on her financial struggles, difficulties raising her children and how impossible it is for her to be content in life without the help/presence of a man.  On the contrary, Sam is doing just fine financially.  She’s an amazing mother, so no issues there, and honestly, life would probably be easier for her without the men in her life.  So, add all that up, throw in a bunch of dope cameos (Season 3 includes Sharon Stone, Matthew Broderick and Janina Gavankar, among others) and that’s what the show feels like right now.  I’ve got to say, Better Things hasn’t just survived with Adlon fully taking the reigns, it’s improved, and I’m all the way here for it.