Brandon Stewart:  From “American Idol” to AwesomenessTV and Beyond 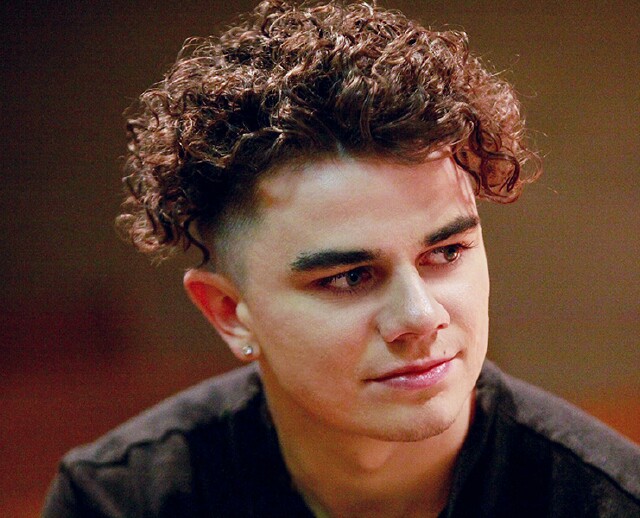 With Hollywood at a standstill, the future of television has become a point of contention for many in the industry.  The wide-spread production shutdown happened right as pilot season was kicking into full gear, leaving a large number of programs canceled or rescheduled.  Needless to say, viewers are now turning to streaming platforms as well as to the internet to find their escapism.

But while the industry may be at a standstill, for digital creators (from esports streamers on Twitch to content put out by YouTube personalities) the time to step into the spotlight is now.  Brandon Stewart (pictured at top), CEO of AwesomenessTV's short-form digital content platform Brandon TV, is still working to find the balance between adhering to the "Stay at Home" order in effect while continuing to churn out high-quality, short-form programming.

What exactly is Brandon TV?  "It's a fingertip entertainment-style distribution platform that launched at the beginning of this year," Stewart recently explained to MediaVillage.  "We produce content that's about 12 minutes or less.  The majority of our viewership is on mobile or tablet devices, with an influx of those wanting to stream our content on a bigger screen."

A bit of a backstory on Stewart: After being signed to AwesomenessTV's talent roster, the former American Idol contestant went on to win multiple awards for the musical short "This is Me," which he both produced and starred in.  He was only beginning to make waves in the YouTube realm when ViacomCBS swooped in and acquired AwesomenessTV.

"I fought to stay on board," Stewart admits.  "At that time, Viacom was building out their digital branch.  As a newly signed creator, I had to do something big, so I did."  What he's referring to is BrandonTV.

"I knew I always wanted to build a platform for people to create," he continued.  "It gives an avenue for those who may not have the connections to meet with the major networks.  The beauty behind BTV is that we do have those connections."  He's got an official website on the verge of launching and an app that's on the way.  On April 8, the company's first original scripted series, Rusty Camel, will premiere.

Stewart is just one of a large number of creators in the digital space.  As the COVID-19 crisis continues unfolding, leaving the future of the entertainment industry uncertain, independent artists are finding new purpose in their work online.

Lisa Reed, a talent manager with L.A.'s Discover Management confirmed how dead it is in Hollywood right now.  Aside from a few student films that have continued the pre-production process during this time, casting has gone silent, leaving agents and managers without much to do, which in turn leaves actors, writers, and directors without work.  And with no clear start-up date in place for productions to go camera-up, this looks to be the way things will be for the foreseeable future.

Things may be slow, but Reed agrees with Stewart.  This is the time to create.  "Now's the time," she asserted.  "If you are a writer, networks are looking at you.  They're looking for new content, you know?  For writers, this is a good time."

"What is going on is devastating, but our industry has a big role in overcoming all of this," Stewart said.  "People sit around the house and get bored.  We are the window for them to laugh and smile during times like these."  He's quick to acknowledge the fingertip aspect of the programming he creates — and the simple fact that content created for the on-the-go viewer may not completely apply for the large numbers of folks sequestered on their couches.

There is still a variety of untapped talent and hidden gems waiting to be discovered.  As studios have shuttered their doors, halting productions and postponing premiere dates, Stewart and his creative team have stayed quite busy.  Between post-production on a few projects, marketing and development meetings, and pre-production on the upcoming audition tour for Shine Season 3, the young entrepreneur hasn't found much down-time in all this craziness.  For that, he's very grateful.

"It's heartbreaking, but everyone still has a job to do," he concluded.  "Some might be to protect, some might be to publicly serve in grocery stores or in the medical field.  Others' roles may be to simply do their part and stay home.  Though we're new, I feel our obligation to our fans is to release new content as much as we possibly can.  And we are doing that."

Photo at top by Tim Hendrick.

Aaron Pruner is a Los Angeles-based writer.  He's spent over a decade reporting on the entertainment industry for outlets like Rotten Tomatoes, The Hollywood Reporter, IGN, Thrillist, Playboy and The Washington Post.