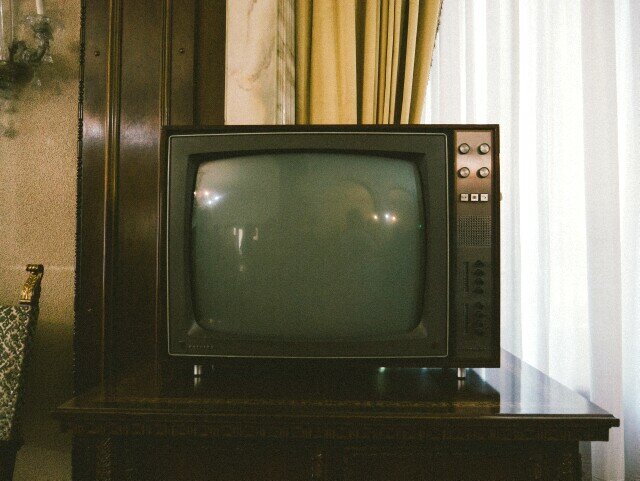 We've all seen the chart, witnessed the presentation, heard the wails. Why do TV's detractors always show an old-fashioned small screen encased in a wooden cabinet? What about the new, technologically advanced 50-inch flat screen, hooked up to the home's wifi that does everything, including making the tea in the morning (if only ...)?

We all know why, of course. The online players needed to position TV as yesterday's medium and themselves as new and wizzy. Yet the report commissioned by the ISBA from Enders Analysis paints a scary picture of the commercial side of TV being stuck in the dark ages, or the 1970s as those of us who lived through them like to call them.

Airtime buying and selling is the equivalent of the old cathode ray set. It's rather like the music business refusing to accept that much listening is done via streaming, or newspaper editors believing that this online thing was a passing fad.

One day the record industry turned 'round and saw the business had left them behind. The day dawned when grizzled newspaper sales guys realized that their future lay in the hands of those young guys they'd given online to as a toy to play with whilst the serious business was done as it had always been in the ski chalets and in print.

As we said last week, Enders is predicting a serious fall in ad revenue unless something changes.

Since then, Phil Smith from ISBA and Bob Wootton, ex of ISBA have added their perspective and weight. And Nick Manning, whose original Mediatel piece we featured last week, has given an interview to me as part of the asiCast series expanding on the issue.

Nick makes the point well in the interview that advertisers are the ones now driving change. The agencies are strangely quiet when it comes to debates over trading -- no doubt because the largest have a considerable vested interest in maintaining the status quo of share deals and the rest for as long as they can.

The broadcasters have a tricky problem. On the one hand their largest customers are the large agencies. On the other they have a bank of wisdom, knowledge and insight called Thinkbox directing them down a clear path towards a focus on advertisers' business outcomes.

This crystallizes the dilemma facing the broadcasters. TV has always been seen primarily as a buyers' medium in how it's traded and thus how it's measured and researched. Now it needs to transition into a medium for planners, with all that that implies for how TV plans are activated and how its measurement and research evolves.

Beneath it all, TV is still a wonderful ad medium -- the best one ever invented. But it now comes in multiple flavors. It's not that it's dying; it's more that it's having babies (to quote Tess Alps).

Babies grow up, find their feet, get educated, leave home and start working. The parents that hang onto the past, hoping that things will never change and refusing to let go, end up disappointed (and probably broke).

The broadcasters are still a major force. Of course, they face new challenges, but they have the tools and the wits to overcome them.

They need to use both, fast.