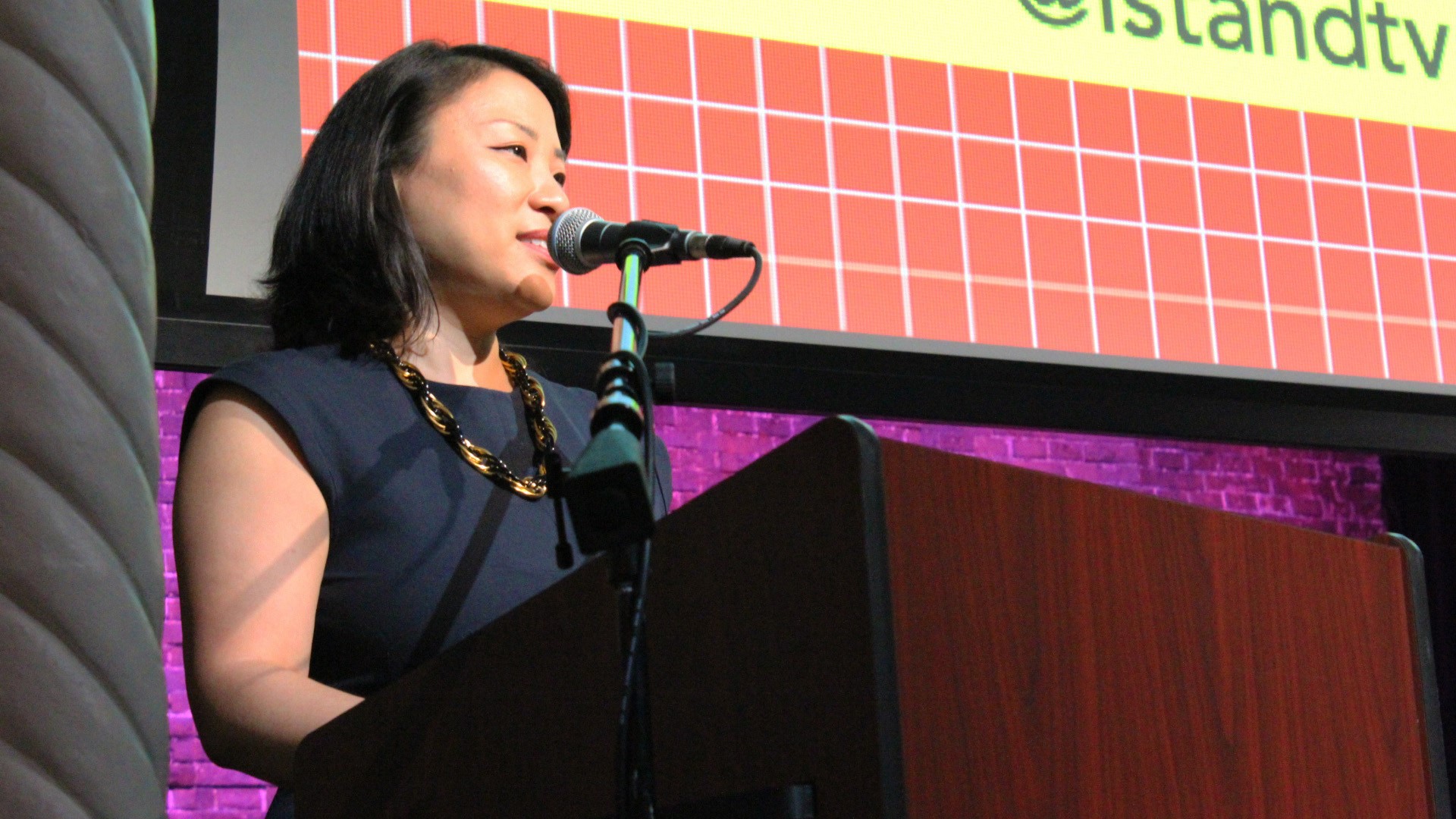 For Peabody and multi-award-winning producer and media executive Margaret "Peggy" Kim the future of media starts with building future leaders now.  That's the premise of her second annual Future Now Media & Entertainment Conference, a two-day event taking place May 31 and June 1 in New York City.  College and graduate students will learn from top media and entertainment executives, thought leaders and professionals, and also have the opportunity to connect, network and establish lasting relationships.

Peggy and I discussed this year's upcoming conference, which is produced through her nonprofit educational organization, the Future Now Media Foundation, as well as her thoughts on media trends and her hopes for the industry.

Peggy Kim:  We have more than doubled our applicants from last year and expect to double our overall attendance this year. We've also expanded our roster of speakers and mentors, and we have a growing network of over 200 colleges and universities across the country.  Part of the DNA of Future Now is diversity, and that includes geographical diversity.  Last year, we had students coming from 15 different states, from 44 different schools around the country, and this year that has also expanded.  We're getting a lot of students from Michigan, California, Texas, Florida, Georgia, and all along the eastern seaboard.

Greenberg:  What's the key thing you want people to know about the conference?

Kim:  This is an opportunity for students to be able to connect with people that they would not ordinarily be able to connect with, and to be here in New York City, the media capital of the world.  This conference is free to them.  It's the chance of a lifetime.  Just making that one-on-one personal connection is very difficult.  That's why the conference is so beneficial.  It's the personal, it's the face-to-face, it's with people who actually care and understand the value of connecting with this next generation.

I'm grateful to companies like HBO -- and A+E Networks has come aboard as a sponsor this year.  We're working with the T. Howard Foundation, which has done phenomenal work for many, many years [in promoting diversity in media], and, obviously, MediaVillage [whose President and Chief Operating Officer, John McMenamin, will keynote] and so many others in the industry.

Greenberg:  What are the most significant changes you've seen in the media lately?

Kim:  In the last couple of years we've seen a lot of tectonic shifts in the industry and a lot of business challenges -- and we've seen some ugly truths finally exposed.  We've come to a kind of watershed moment, especially in the last year, and that's because of people who have chosen, and actually had the courage, to speak up.  The #MeToo movement took an immense amount of courage for women and men to finally say something.  The lack of diversity and representation both behind and in front of the camera have also been longstanding issues that I think are finally getting real attention and not just lip service.  I think that companies are taking more initiative and are being more proactive in their hiring practices and in equal pay.

I think [the changes] are not just about the industry; it's what's been happening in our society and our culture.  There's been a lot of polarity and division.  Critical thinking is so important and we as a country, as a society, as a culture and as a media culture have been lacking that piece.  There's been a lot of talk about "fake news" and people planting stories that are not true.  This has seriously compromised public trust in the media and made the work of legitimate journalists that much harder.  We need to rebuild and re-earn that trust.

We have long, hard work ahead as an industry, but what I find wonderful and encouraging in all this is that there seems to be an awakening and a rebirth of activism with this younger generation.  My hope through the work of the Future Now Media Foundation is to nurture and build up these future leaders and catalyze them for success -- not just for themselves, but for the industry.

What I would like to really impart to our colleagues today, as well as to the young new leaders coming up, is, "Let's be thoughtful about this. What is the impact of what we're putting out there?  Is this positive?  Negative?  Edifying?  Or is it tearing down?  Are we solving problems or are we creating problems?  Are we perpetuating problems?"

I love our industry, for all its challenges.  I'm in it because I love it and I want others to continue to love it.  There's so much incredible power in what we do as an industry -- we're driving opinions, what people eat, buy, wear, think -- and we need to think critically about that and whether we're being responsible with that power.

Greenberg:  You mentioned business challenges.  Which one would you say is the most significant?