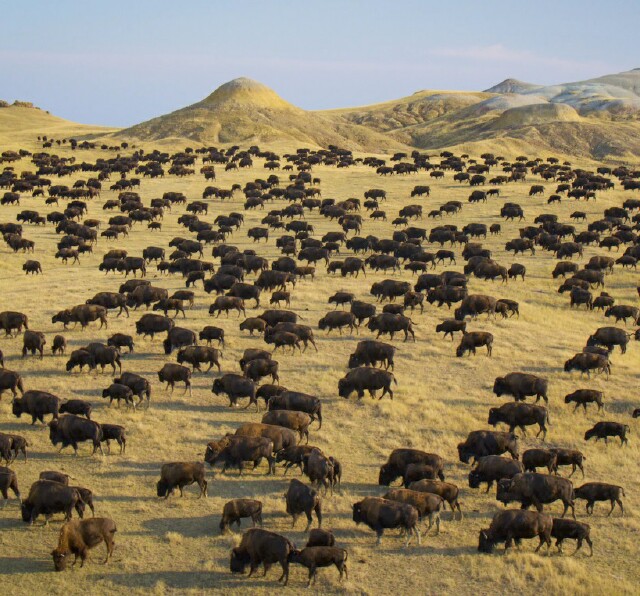 Nature filmmaking gets turbocharged in America the Beautiful, the latest Disney+ series from National Geographic. Along with all the innovations of cinematography on the ground, the six-episode series streaming July 4 also takes to the air with an intensity quite new to the genre. Viewers zoom over treetops and through mountains at a breathtaking speed. Individual segments don't just transition to contrasting regions, they literally jet there.

"It's a new thing for wildlife documentaries," Mark Linfield told MediaVillage during an exclusive interview. Together with filmmaking partner Vanessa Berlowitz at Wildstar Films, they have previously turned out such groundbreaking nature series as Planet Earth and Frozen Planet.

While you may not have seen such high-speed footage in documentaries, you have likely thrilled to it in major feature films -- including the summer's No. 1 box office hit. "It's been seen in Top Gun and Top Gun: Maverick," Linfield explained. "It's [from] the same aerial system [mounted] on the front of the jet that we were using."

America the Beautiful may be the first nature series to use cinema-grade cameras on fighter jets, but it doesn't rely on space-age technology simply for visual razzle-dazzle. "It allowed us to show the landscapes in a way that I think people will have never seen before because we cover a huge area in relatively little time, which gives people a real sense of overview and a sense of how different habitats work together," Linfield noted.

One nail-biting pass may show a forest on one side of a mountain, and a desert on the other side, leading eventually to a prairie, he added. "You can do that in a single shot, and it's a very entertaining, engaging way of showing landscape creation at work." 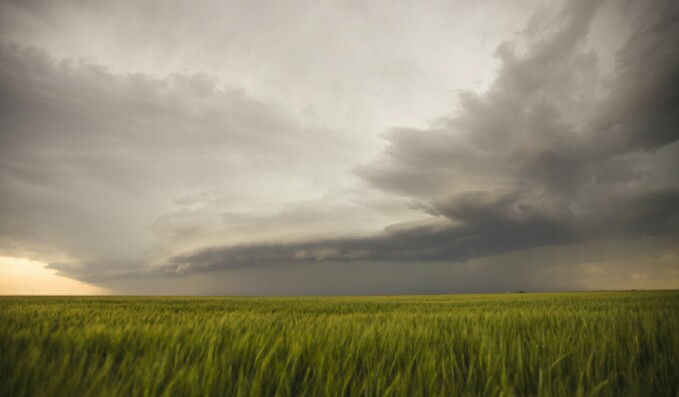 The jets also allowed spectacular views of developing weather, including monumental tornado clouds. "You guys have the wildest weather on the planet," the British filmmaker declared. "A very important part of doing a wildlife series about North America is capturing the weather itself in a new way. The jet allows you to reach the weather quickly -- and to get out quickly when the wild weather turns nasty."

The breadth of the jet-mounted footage often contrasts with the wildlife stories captured on the ground that are narrated by actor Michael B. Jordan. In addition to grizzlies and bald eagles, there are also tales of tiny hard-working ants and teensy toads.

"We have the big, iconic animals, but we're showing them in different, new ways," Berlowitz explained. "You may have seen mountain lions, but you've not seen the hidden populations that live in the Grand Canyon. And we really wanted to bring to light some of the little underdogs. You've got these incredible, cheeky, brave, resourceful, clever characters under your feet in America." In fact, the first episode begins with an epic battle between a grey squirrel and a bear over a stash of acorns, a story that may recall an old Chip 'n' Dale cartoon from another hub on Disney+. "It's an amazing battle with a squirrel really giving something to a bear 100 times his size," she said.

"What's lovely about it is everyone would expect us to open with wolves, or bears or mountain lions, but no, let's surprise people," Linfield added. 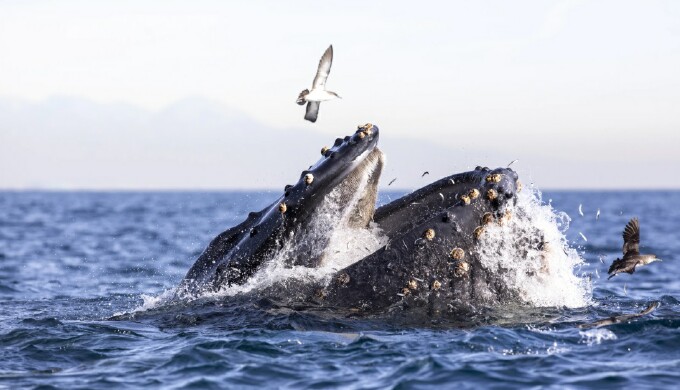 Also surprising may be an innovative soundtrack that incorporates the talents of musicians that including indie rocker S. Carey, who devised the series' main theme alongside Joseph Trapanese. On tour as a drummer in the band Bon Iver, Carey said he enjoyed helping score the series and "getting into the spirit of nature or the wilderness. For me, that kind of came naturally and is the nature for a lot of my music."

He also got to work with a couple of Native American musicians he knew from his home in Wisconsin: Ojibwe pow wow singer Joe Rainey Sr. and Native drum maker singer Dylan Jennings (Bizhikiins-Young Buffalo).

"I think what draws me to it, especially learning more and more about it and working with them, is this incredibly deep source of where it's coming from," Carey explained of their musical traditions. "Most music now that you hear doesn't have that."

Though the series premieres on Independence Day and has the title of a patriotic song, it goes beyond U.S. borders to capture the entire continent, with scenes from Mexico and Canada, as well.

"We wanted to do more filming in Canada, but due to the pandemic some of those communities were closed to us," Berlowitz recalled.

COVID restrictions had other effects on the series, she added. "Because the National Parks were closed, we were able to get once-in-a-lifetime opportunities to fly through them, which was pretty extraordinary."

And because of the lockdowns, "we did end up being able to access great American cinematographers," she concluded." Quite often they're traveling internationally, but they were all home and in their home patch."

All six episodes of America the Beautiful will begin streaming July 4 on Disney+.