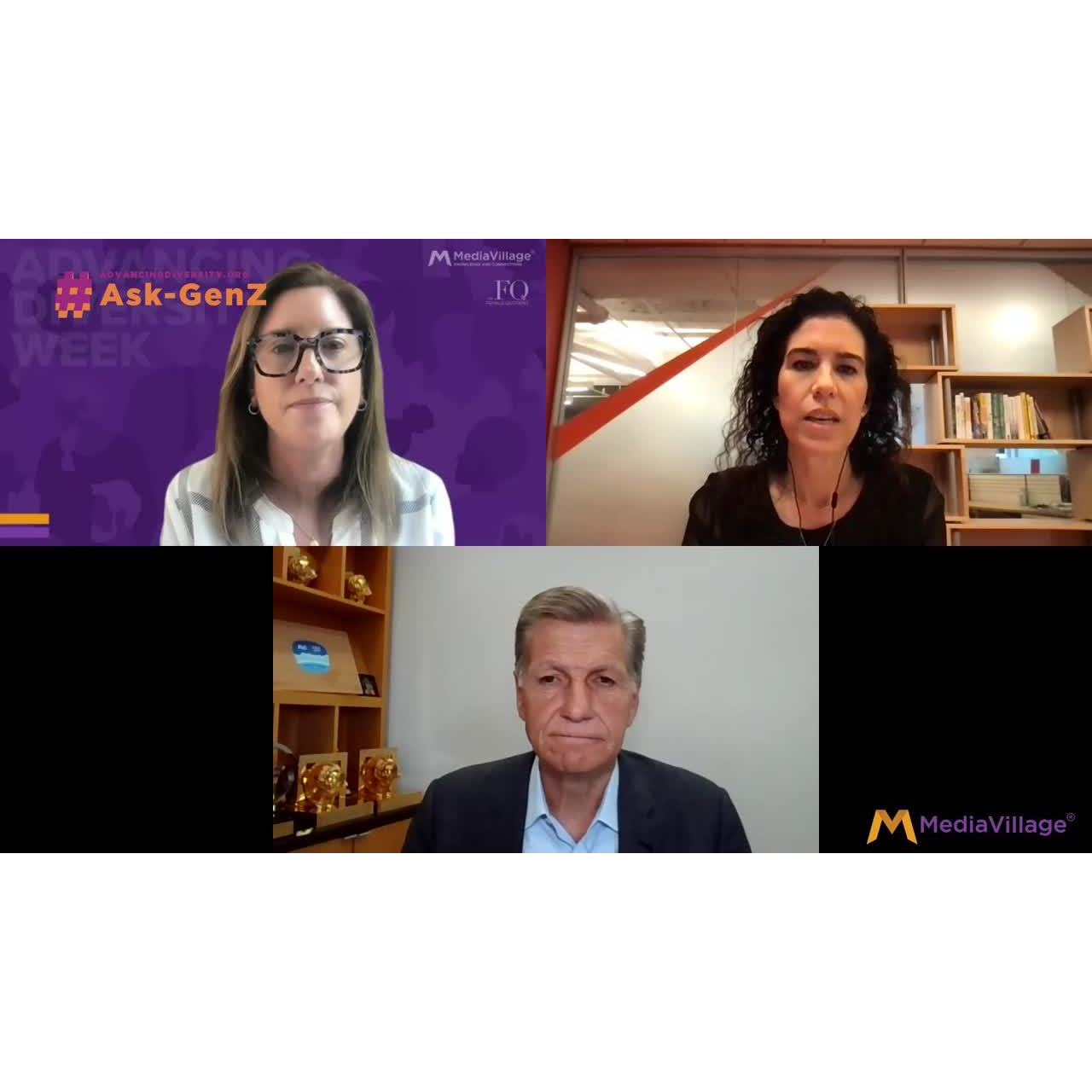 Marc Pritchard, Chairman of the Association of National Advertisers and Chief Brand Officer of P&G, and Marla Kaplowitz (Inductee), President of the American Association of Advertising Agencies

In a first-of-its-kind virtual town hall, Marla Kaplowitz, an inductee into the Advancing Diversity Hall of Honors, and Marc Pritchard, who delivered the keynote at the start of Advancing Diversity Week, take questions that were submitted in advance by Gen-Z representatives and are asked by Ronda Carnegie, Chief Innovation Officer of The Female Quotient. (Pritchard and Kaplowitz take questions in the video above. You can view the entire Gen Z Town Hall event here.)

Entrepreneur, activist, comedian, television host and founder of Entertainment Studios Byron Allen engages in a lively Legends & Leaders conversation that host Jack Myers describes as an "often brilliant, sometimes controversial and always passionate call to action for marketers and for Americans to recognize and address the dangers and opportunities facing us all." (Video)

The CW (Inductee) – Mark Pedowitz, Chairman and CEO of The CW, talks with Jacqueline Cutler about the strides in diversity, inclusion and meaningful representation the network has made in front of and behind the camera. (Podcast)

Dentsu Americas, CEO Jacki Kelley and Chief Diversity Officer Christena Pyle were inducted into the Advancing Diversity Hall of Honors. Jack Myers interviews Kelley, whom he describes as "one of the most popular and respected leaders in the business," crediting her "wit, wisdom and humanity" for making this conversation "a must-view for all those in the community and exploring advertising and media careers." (Video)

Host Phil McKenzie welcomes Sherina Smith, Vice President of Marketing at American Family Insurance, to The Pool for a conversation about the commitment the company has to diversity in its marketing and how the organization's focus on inclusion is a long-term strategy. (Podcast)

Yvette Moyo and MOBE (Marketing Opportunities in Business and Entertainment), the organization she founded, were both inducted into the Advancing Diversity Hall of Honors. She acknowledges, as someone who for 30 years has been at the forefront of pushing the marketing community toward greater diversity at the senior executive ranks, that she's frustrated by the lack of budgets available for the educational and development tools required to advance the industry. "Every once in a while, you need to pop somebody in the face with truth," she asserts in this spirited Legends & Leaders conversation with host Jack Myers. (Video)

In this conversation with Phil McKenzie, honoree Steve Pacheco explains how the AAF created its "HBCUs for Advertising" program to help BIPOC students remove financial, academic and logistical barriers to careers in advertising. (Video)

"I don't look to the usual suspects for good creative ideas," Tina Davis tells Legends & Leaders host Jack Myers. "I bring everyone into the process. I always want different voices at the table and that's why engaging younger generations is so important." Watch and learn why Myers describes this conversation as "passion-filled." (Video)

Simon Fenwick, Executive Vice President Talent, Equity and Inclusion for the 4A's and Head of the 4A's Foundation – (Inductee)

Following the mantra that building, retaining and developing a diverse workforce drives economic growth, honoree Simon Fenwick shares with Legends & Leaders host Jack Myers how he has focused his efforts on identifying and supporting the implementation of programs such as the State of D-E-I-B and Culture. (Video)