CBS All Access at TCA: “Interrogation” Gives Us Options, “Picard” Gives Us Hope 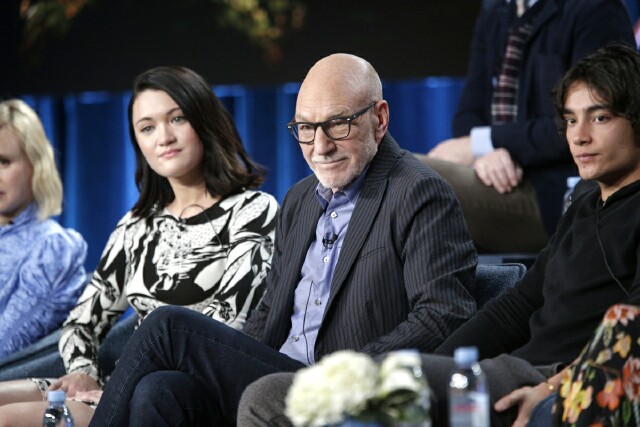 Pasadena, CA -- CBS All Access’ presentation at the Winter 2020 Television Critics Association Tour may go down in history as the afternoon that forever disrupted the traditional experience of watching television.  Credit the creators of its upcoming series Interrogation.

In the age of watching what you want when you want, for however long you want and on what devices you want, it is understandable if everyone thought viewing already had been as disrupted as much as possible.  But here’s something new:  According to its creators, episodes of this 10-part thriller, which chronicles an actual hideous murder, can be watched in no specific order and the story will nevertheless come together.  While that may work with sitcoms -- even though comedies have through-line plots that can unwind over several seasons – this is unheard of for a serious drama.  What would have happened if you watched all the episodes of Game of Thrones or The Sopranos in random order?  Complete and absolute confusion.

Yet, the episodes in this true-crime series, which took three years to make, can be watched in any order when the series drops Feb. 6.  The co-creators suggest watching the pilot first -- but then, they say, go wild.  Someone computed there are more than 40,000 different viewing combinations. 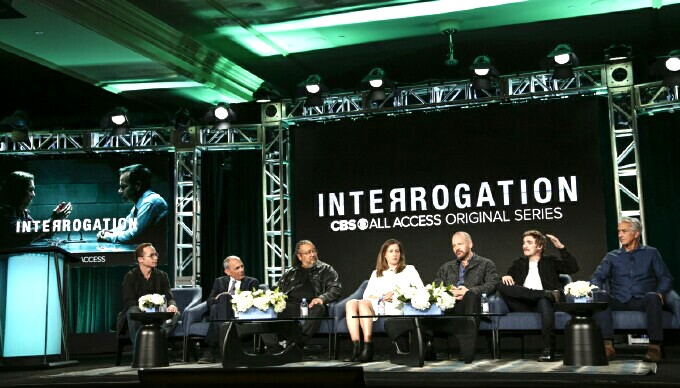 “Every episode centers on an interrogation, and you get pulled in by the characters, portrayed by our amazing cast,” said co-creator Anders Weidemann, referring to Peter Sarsgaard, who plays a detective; Kyle Gallner, who portrays the suspect, and David Strathairn, who plays the suspect’s father.  “You start to follow the evidence.  Like a detective, you pick your own investigative path through the episodes and the interrogations.”

Viewers who love true crime and inherently play armchair detective will find Interrogation to be a natural challenge.  It's intended to make viewers feel as if they are detectives sifting through a cold case, a brutal murder that happened March 10, 1983.

“The multi-linear structure, as it turns out, is how real cold‑case detectives approach an old case,” explained John Mankiewicz, co-creator and executive producer.  “They throw out the original linear narrative because it was wrong and just follow the evidence.  In our case, the evidence is in the episodes.  So, they create their own, hopefully, ‘closer-to-the-truth’ narrative by following the evidence and watching in the order they choose.”

All has been going very well for CBS All Access.  Marc DeBevoise, chief digital officer, ViacomCBS, and CEO/president, CBS Interactive, said All Access and Showtime OTT now have more than 10 million subscribers combined, putting them in a strong poistion to hit their goal of 25 million subs combined by 2022.

It’s a fair bet those numbers are about to grow exponentially.  Two All Access fan-favorites, which also took the stage Sunday afternoon, will certainly be factors in such growth.  The Good Fight, which landed at No. 7 on Ed Martin’s Top 26 Programs of 2019, will continue tackling today’s politics and social issues with its unbeatable combination of extraordinary writing and first-class acting.  Co-creator and executive producer Robert King shared that this season brings actors Hugh Dancy and John Larroquette into the mix, while Michael J. Fox, who was on The Good Wife, will also return to the fold.

Although the actors were careful not to reveal much, series lead Christine Baranski allowed, “You know, the season ended with a SWAT team coming into my house, so there is a dot, dot, dot there as to how the new season begins.”

Co-star Audra McDonald added that [several] characters had been threatened.  The two Broadway veterans happily reminisced about singing “Raspberry Beret” last season.  Delroy Lindo joked about singing “Purple Rain” this season, and Cush Jumbo weighed in with a great answer on her musical goal for the legal drama.

“Everybody wants to tap dance on a judge’s bench,” Jumbo said.  “That’s just what everybody wants to do.  I don’t know how many more times we can say ‘musical episode.’  I’m giving up now.” 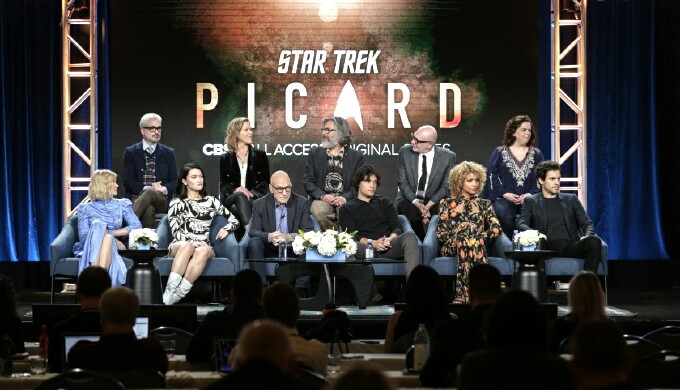 Asked why Star Trek has endured for more than half a century, Stewart replied without missing a beat.  “Hope,” he said.  “It is the dominant emotion behind everything that we did on Next Generation and, as I’m beginning to discover, on Picard, too.  It has always been part of the content of Star Trek that it will be attempting to create a better future with the certain belief that a better future is possible if the right kind of work and the right kind of people are engaged in that.

“My feeling was, as I look all around our world today, there has never been a more important moment when entertainment and show business can address some of the issues that are potentially damaging our world today,” Stewart continued to a rapt audience.  “Now, I’m not saying we are turning Star Trek into a political show -- not remotely.  What we are doing is making entertainment.  But [reflecting], perhaps in a subtle and gentle way, the world that we are living in, is what Star Trek has always done, and I think it’s important.”