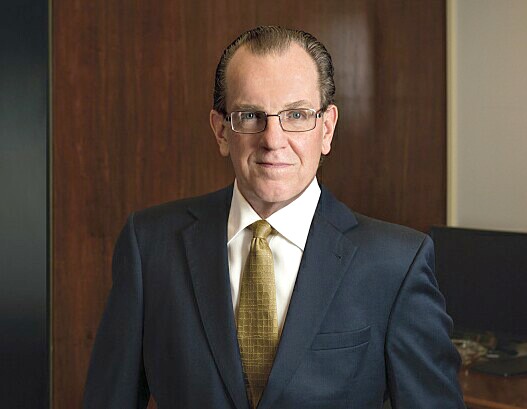 David Poltrack, Chief Research Officer, CBS Corporation and President of CBS VISION, is on a mission to demonstrate the value of television in the cross-platform universe. For the past two years he has been concentrating on proving out the value of television for advertisers through its delivery of high reach, in an engaging environment, close to a purchase occasion. “We saw, after the recession, that advertisers were cutting back on their advertising budgets, moving money from one medium to another, seeking cheaper alternatives while foregoing reach, the foundation of advertising effectiveness,” Poltrack explains. “Our research told us that this strategy has been undermining the performance of television advertising for many advertisers so we developed new single source research programs to demonstrate how to harness the full effectiveness of TV.”

(Editor’s Note: Poltrack will address the importance of creative in the return on ad spending with new Nielsen Catalina Solutions research and present those findings Monday, June 13 at the ARF Audience Measurement Conference.)

The result was the Campaign Performance Audit which was presented first at the ARF in 2014 and has five components:  1. Test your message, 2. Maximize your weekly reach, 3. Get the most out of recency, 4. Precisely target your potential customers and 5. Consider context. “Our original research developed normative information on how to design and execute the best TV campaign possible [components 2-4],” he says. “The first major research focused on long term vs short term advertising effects. What we found reconfirmed the finding from the seminal 1989 How Advertising Works study  that the long term effect from advertising doubled the short term effect. We confirmed this with the now-available Nielsen Catalina Solutions (NCS)single source measurement tools.  In fact, our research showed that the long term impact was often more than double the short term impact.”  In 2015, this CBS/NCS study was published in the Journal of Advertising Research and won the award for the best paper in that publication that year.

The Importance of Reach and Recency

In 2015, Poltrack concentrated on the impact of effective reach and recency. “Reach is the most important component of TV advertising,” he asserts. “When advertisers ceased focusing on reach, when they cut their TV budgets and bought less premium inventory, the results of their campaigns were sub-optimized because they reached fewer people. Overall, this less effective use of television advertising resulted is less sales.” Also in 2015, Poltrack released the results of a study on recency. “The effect of exposure of a TV ad was found to be most pronounced in the first 48 hours after exposure,” he notes.

The Importance of Great Creative

In early 2016, CBS together with NCS explored the new paradigm of purchase driven TV campaign planning, thereby expanding the knowledge base for advertisers.

“The next step for us to address is the impact of the quality of creative, Step 1 in the CPA program,” he explains. “Good creative works across all types of media while poor creative makes it difficult to get any significant return on the campaign. We wanted to find out how we could use all of the new ad effectiveness measurement tools to assure the advertisers that their campaigns contain the strong creative elements required to deliver strong positive campaign results.

“We focused on neural measurements across a large number of campaigns and examined the performance of the ads against these measures in relation to the ad campaign ROI,” he continues. What he found was a significant relationship between these pre-test measures and the campaign return across all platforms. So it is now possible to predict the return from an ad campaign through the pre-testing of the quality of the creative before the start of the campaign.”

What is Great Creative? Attend the ARF and Find Out

Poltrack sums it up by saying, “We first set out to measure TV’s effectiveness in providing advertisers with strong ROI. Then we needed to measure the creative; the campaign will only be as good as the quality of the creative. You must have the right message and good communication. And you can test before to see the effect. We can answer how effective your ad will be in getting positive returns even before the campaign is launched, not just for TV but also cross platforms. This is what we will be presenting with NCS at the ARF Measurement Conference on Monday, June 13.”