CBS Scores with an Interactive Bowling Night to Promote “The Neighborhood” 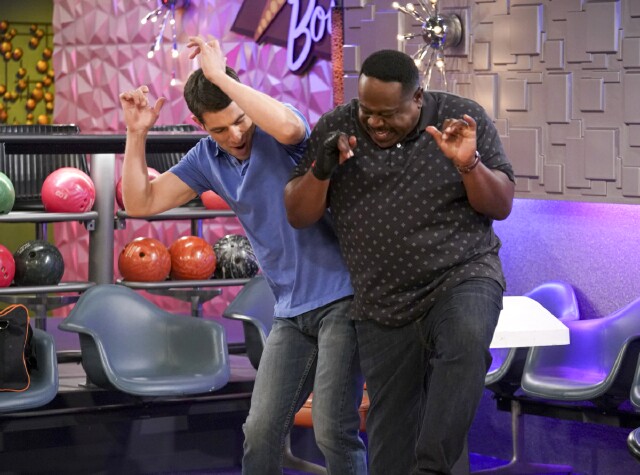 Los Angeles, CA -- The publicity teams at CBS on Monday did something that was as inventive as it was effective.  During the east coast telecast of a new episode of the sophomore sitcom The Neighborhood, which was set largely in a bowling alley, they had the cast of the show assemble at Pinz, one of the best-known bowling alleys in Los Angeles, along with the press, to bowl and send out tweets (and other social messages) about it.  Using the official hashtag #TheNeighborhood and/or the handle @TheNeighborhood, everyone was encouraged to engage with fans in the east and encourage them to tune into the show.  They were also encouraged to tweet again three hours later when the show was telecast on the west coast.

There was one stern warning on the sheet of tweeting guidelines that was distributed alley to alley: “Don’t engage with haters.  Keep it light and positive.”

Well, I have no idea how much of an impact all that tweeting had out here in Los Angeles (where I find live tweeting during prime time to be far less reactive than doing so in the east), but this strategy appears to have paid off.  The Monday night episode of The Neighborhood was the highest rated of the season. 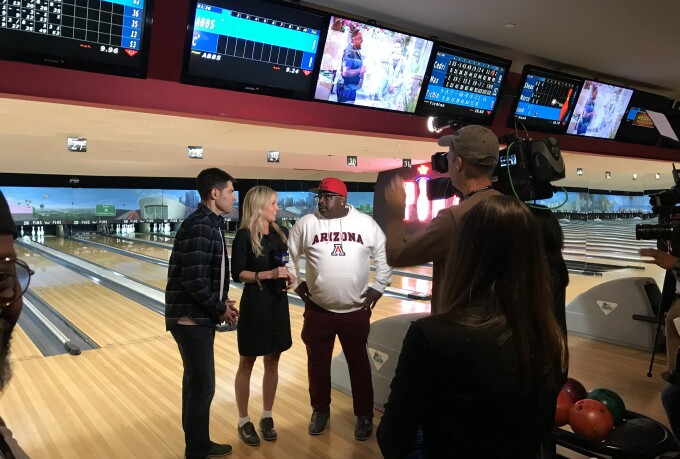 Further, the event itself was a case study in working with journalists in a respectful way to generate publicity.  Most of the cast was there -– happily bowling -– but everyone was available at any time to talk with the press, including series stars Cedric the Entertainer and Max Greenfield.  (Max, I believe, had one of the higher scores.)  Friendly interviews were conducted and plans for more in-depth stories were made.  There was a camera crew there from the local CBS affiliate to capture it all (above).  Top network executives stopped in to mingle with guests.

For me, the event provided the opportunity to have unhurried conversations with Cedric, Max and others about the singular importance of The Neighborhood, the only “traditional” multi-camera sitcom with a laugh track today that dares to address topical issues without losing laughs or diminishing its entertainment value.  In that sense it is very much like the classic ‘70s sitcoms of Norman Lear, which never held back from reflecting the harsh realities of life and were among the funniest and highest-rated programs on the air.

Throughout, publicists from the network and CBS Television Studios and members of the CBS Interactive team were on hand to make introductions and ensure that everyone had everything they needed.  (I didn’t notice any personal publicists at Pinz, meaning that either there weren’t any on site, or they were on their good behavior and were not interfering with journalists trying to do their jobs.)

While CBS’ bowling night may have been a productive lovefest all around, what impressed me most was the creative thought that went into the event itself.  It was a very basic but very clever strategy that connected the cast and the press with the audience in real time.  And it proved that it is possible to draw renewed attention to ongoing broadcast series that are sometimes overlooked in favor of the shiny new toys that come along with ferocious frequency on pay cable networks and streaming services.

Photo at top courtesy of CBS.  Photo above by Ed Martin.