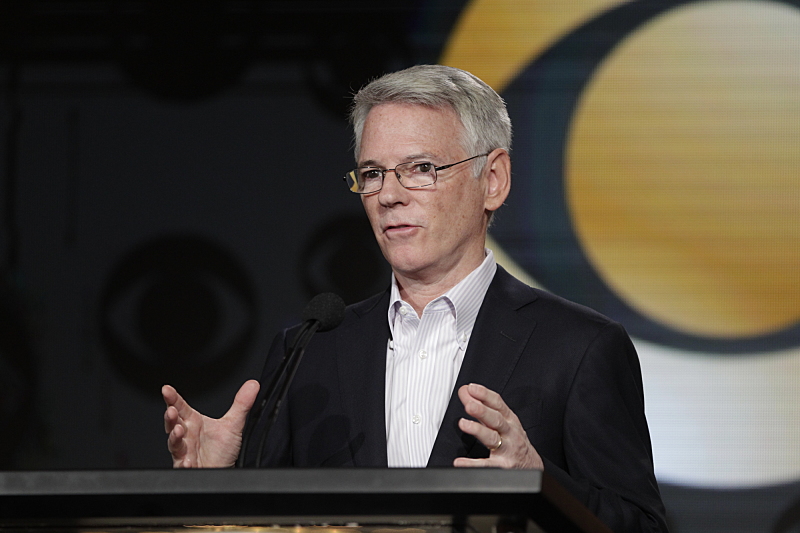 CBS will kick off its 2016 NFL regular-season coverage on Sunday, Sept. 11. (Forgive many in the TV and sports industries for instead eyeing the New York Jets-Buffalo Bills contest on Sept. 15.) After producing and simulcasting Thursday Night Football with NFL Network in the 2014 and 2015 seasons, CBS and NBC will split the package this year, along with the league's in-house channel. They will be joined by Twitter, which will stream TNF under a two-year deal. CBS Sports Chairman Sean McManus says what the pro football league calls its "tri-cast" won't hamper ratings, and that Twitter will likely bring a younger audience to the contests.

McManus says that CBS had several goals in mind in negotiating for TNF with the league.  It wanted to retain some or all of the package at a fiscally responsible rate. And if it were to divide the contests, it wanted the early part of the schedule as a means to better promote its entertainment slate while not disrupting its primetime lineup later in the fall.

As to its Sunday schedule, CBS is coming off the best performance for the American Football Conference package in 29 years, registering a 2% gain to 19.1 million viewers on average during the 2015 regular season, up from 18.7 million the prior year.

McManus anticipates another strong campaign. "The expectations are high,” he says. “I don't know if they will be up or down a little, but I know they will be consistent -- that NFL games will likely account for 29 of the top 30 shows in television again, because they always do." He notes that certain storylines, sometimes extending beyond the action on the field, -- pointing to the likes of Tim Tebow, Johnny Manziel, Peyton Manning and now Colin Kapernick -- can help draw more casual viewers. "They add to the awareness," he asserts.

CBS is also adding a new element to its pre-game show, The NFL Today, which averaged 4 million viewers in 2015, up 5% from 2014, and the most since the network re-acquired rights to the league, starting with the 1998 campaign.

"We did a lot of market research and it came back that fans want to see even more coverage from the game they're going to be watching that afternoon," McManus explains. "So we're going to individual reports for those individual games around 12:30 p.m. Hopefully that increases the enjoyment value and the viewing."

As to the collegiate gridiron, McManus says CBS' Southeastern Conference coverage has ranked as the top conference package for seven consecutive years.  "Year in, year out it's a very strong conference," he recalls, noting that preseason polls placed four SEC teams in the top 12, led by defending champion and top-ranked Alabama. "The SEC is just the gift that keeps on giving,” he says. “It's the product to have in college football."

McManus says ESPN's launch of the SEC Network in 2014 has helped boost overall interest. "The more games that are on -- the more people who are exposed to SEC football -- means more people tune into our games at 3:30 p.m. on Saturday,” he explains. “It's become such a great window and a carve-out from a programming standpoint."

When asked if he is sad about the departure of Verne Lundquist as the play-by-play on SEC football after this season, McManus intercepts: "We're not saying goodbye. Verne will still be doing college basketball and golf."  He has great admiration for the venerable broadcaster. "You think back over the years about the lead voice of college football, and the baton has been passed from Chris Schenkel to Keith Jackson to Verne Lundquist and, starting next season, to Brad Nessler,” he muses. “Verne wants to go out on top, on his own terms. This will be a year of accolades and recognition that he richly deserves. I and everyone else will really miss him calling the games at 3:30 p.m. on Saturdays in the fall, because it is truly one of the great experiences in sports."

Meanwhile, despite an up and down season, McManus dismisses concerns about golf ratings. "What's most important is that our guarantees for golf were all met," he says, noting that regardless of whether audiences go slightly up or down, sponsors are committed to the sport and CBS telecasts.  He is encouraged by the rising level of young talent from the likes of Jason Day, Jordan Spieth, Rory McIlroy and Dustin Johnson, among others. None of them has risen to the level of Tiger Woods, and McManus doesn't expect that anyone ever will.  Still, he's confident "the new blood" will generate interest that he believes will pay off over the long run.

McManus says negotiations have not yet started with the PGA of America about a renewal for PGA Championship, with CBS' rights expiring after the 2019 tournament. In response to a query about reports indicating that PGA Tour may opt out of its rights agreements with CBS and NBC, which carry through 2021, after the 2018 season, McManus says: "We talk to the tour all the time but nothing has been said about that yet."

He did discuss the eight-year, $8.8 billion rights extension announced in April that will keep March Madness shining on CBS and Turner Sports outlets for another 16 editions. The Men's Division 1 Basketball Championship has largely produced ratings gains over the first six years on CBS, TBS, TNT and truTV, which have teamed on the telecasts, not to mention significant digital/streaming advances and strong sponsorship and advertising sales.

"We had to make sure the deal would work until 2032. The NCAA got more money, and the CBS and Turner partnership is locked in long-term with one of sports' top properties," says McManus, acknowledging that given the partners’ access to NCAA marketing partners and the growing interest in the tournament, this was "as close to a no-brainer as possible."