CES 2019: As Cars Drive Themselves, Major Marketing Disruption Is Ahead 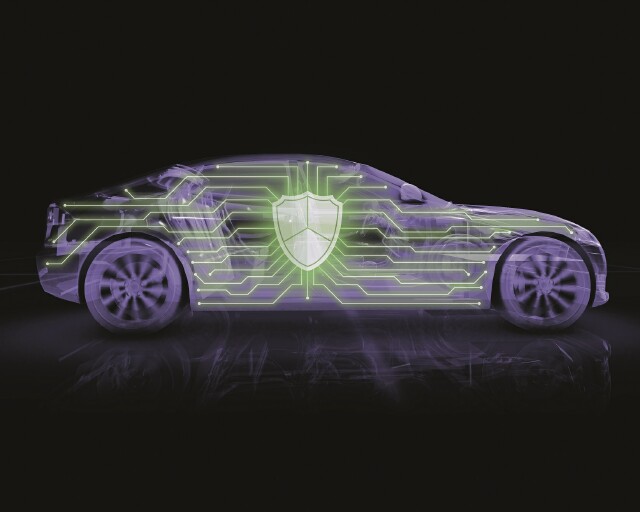 Las Vegas -- After surveying consumers around the world, German auto supplier Bosch found, according to Markus Heyn, a management board member, “On a fundamental level, people want more options for mobility and less stress.”  They want to press a button on their smart phone and an automated car arrives, opens its door and greets you by name, he said.  That explains why Bosch and many of the suppliers and auto companies exhibiting at the 2019 Consumer Electronics Show are featuring self-driving technology in their presentations.  And it confirmed we’re in the early stages of a major shift in transportation, with big changes ahead for how cars are sold, marketed and advertised.  Hyundai and Ford are both talking about wanting to be thought of as mobility companies, not auto manufacturers.  It’s all in serious flux, with even car ownership no longer a guarantee.

The implications for marketing and advertising are pretty vast, because a likely result of a shift to shared, connected autonomous shuttles is that car branding will go away -- as predicted by former General Motors Vice Chairman Bob Lutz and others.  Car sales could cease to even be consumer-facing.  Instead, automakers will sell their cars to ride services or operate ride services themselves.

One of the most exciting developments so far at CES was unveiled by Gill Pratt, who heads the Toyota Research Institute.  Pratt thinks the Level 5 fully autonomous car is still a ways off, but limited autonomy is here now.  The Toyota Guardian system, coming soon to production cars, will co-exist with drivers at the wheel, and will take over -- first with suggestions, then with action -- if danger is detected.  Toyota isn’t keeping the technology to itself; it will be offered to other automakers in the early 2020s, Pratt said in an interview.

“Humans are good at predicting the behavior of other humans,” Pratt said.  “Guardian and technology like it is better at seeing obstacles in the road. They need to work together.”  Chauffeur, which is what Toyota is calling its fully autonomous system, is further down the highway, but it shares a lot of tech with Guardian.

Bosch predicted at the show that a million autonomous shuttles will be on the world’s roads by 2020 -- next year -- and 2.5 million by 2025.  Many of them will be electric, which is of course the other major trend, along with connectivity (cars talking to each other).  The sensor is king among auto suppliers in 2019.  The imminent arrival of 5G cellular networks is also speeding things along, and we’re starting to see mobility applications built around it.

If suppliers don’t have advanced mobility capacity, they’re buying it -- the rate of acquisitions is up sharply.  Last year, Bosch bought SPLT, a ride-sharing company that specializes in commuters, and invested in Mojio, a technology platform for connected cars.  New customers for Bosch are Rivian, which makes electric trucks, and Byton, a Chinese electric carmaker with designs on the U.S. market.

Bosch and Daimler are launching a self-driving car pilot program later this year in San Jose, California, using Mercedes S-Class cars.  The cars will have advanced autonomous technology, but there will be drivers on board.

Bosch’s Heyn told me that he predicted autonomous cars will appear first in the world’s megacities (with populations above 10 million), where congestion is greatest.  He also thinks, as do many automakers, that the appearance of self-driving cars is not going to quickly erase auto ownership. “We will still have private cars co-existing with shared vehicles,” he said.  “It will depend on where you live.  In megacities, the autonomous shuttles could provide a really good solution, so people wouldn’t need to own.”

According to Lauren Salatta, Panasonic’s Chief Marketing Officer, the company is working on intelligent roadways, in partnership with the Colorado Department of Transportation (and soon other state DOTs as well).

That’s another big piece of the puzzle: Will cars carry all their autonomous hardware on board, or will they interact with technology installed along the highway (or a combination of both)?  It’s not a question that’s been settled yet, which is a delaying factor in the push for an autonomous world.  Cars have to talk to each other; a popular buzzword at CES is “C-V2X,” which translates as "your car being able to talk to everything around it, other cars and the infrastructure."

Panasonic also collaborated with Harley-Davidson on the electronics for that company’s very first electric motorcycle, the LiveWire.  If that iconic brand, whose very name suggests the rapid combustion of fossil fuels, is thinking connected electrics, we know that big changes are afoot.

There are hurdles before electric, connected and autonomous will be part of the everyday vocabulary.  Auto supplier (and sensor maker) Continental, at its press event, pointed out that 77 percent of respondents in a survey think self-driving cars aren’t safe.  Trust has to be built.  But, said Continental, 1.3 million motor vehicle accident fatalities annually is 1.3 million too many.  Ninety percent of accidents are the result of human error.

In surveys conducted in Europe, China, the U.S. and Japan, Continental executive board member Helmut Matschi said, “People are keen on connected mobility with traffic management and automated parking.  Projects in this area tripled in 2018.”

CES is the Consumer Electronics Show; it’s not specifically built around mobility, but it is increasingly moving in that direction.  After all, when cars can be started with cellphones, the worlds are merging.  The timetable isn’t clear yet, but major disruption is ahead.

Photo at top courtesy of Bosch.