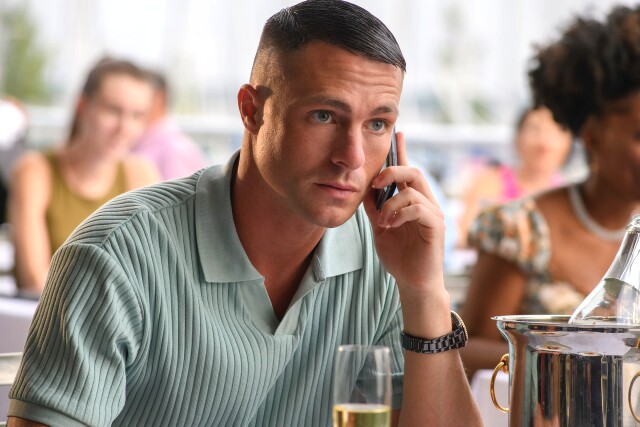 Actor Colton Haynes realizes a personal dream this week when he makes his Lifetime movie debut in Swindler Seduction. The project was double the fun for Haynes as he plays identical twin brothers, Steve and Mitch, both charming and engaging, who make a living out of swindling unsuspecting marks. The film is another in the network's ripped-from-the-headlines franchise, however, when joining the project Haynes had no idea it was taken from a specific story. "I didn't find out until we were almost finished filming," he laughed during an exclusive interview with MediaVillage. "I knew it was based on true events, but I didn't know it was specifically about [one] certain story. I hadn't seen the documentary it's based on and tried to stay away from it as I didn't have confirmation it was specifically based on true stories.

"It's kind of been like a dream of mine to do a Lifetime movie," he continued. "I can't tell you how many me and my best friend Ali have watched. She's always saying, 'Colton, you have to do this.' There have been a couple opportunities that didn't work out because I was working on something else. This almost didn't, as I was shooting Teen Wolf: The Movie, but I was so happy it all worked out and I could be a part of this and get to do these different characters. I wasn't too excited about doing a French accent for one character. I laughed the whole scene because I sounded like Borat! I'll probably fast forward through that."

Haynes admitted he didn't have to dig too deep to embody the essence of swindlers Steve and Mitch. But, he added for the record, he never did anything illegal or to the extent these guys did. "I kind of conned my way into this industry," he revealed. "I don't know if people know that. I lied to get my first modeling agent. When I was 14, I said I was 6 feet tall, when I was 5-7. They flew me to New York, and knew I was wearing lifts in the back of my shoes. I was told if I didn't book something that week, I'd be sent home. I booked Abercrombie that week, and my career started.

"Then, my first [acting] job was on CSI: Miami," he added. "With that, I called [pretending to be] my manager to get the audition. I booked it! So, I conned my way into this industry, and now I get to play a conman in this industry. I mean I don't do criminal things, but I think in many ways I've conned people into letting me do what I love to do. Even playing characters that couldn't be more different than who I am ... that's just a con in itself," he laughed. "But I'm not going to steal beautiful, innocent, women's money, or ever try to harm them." 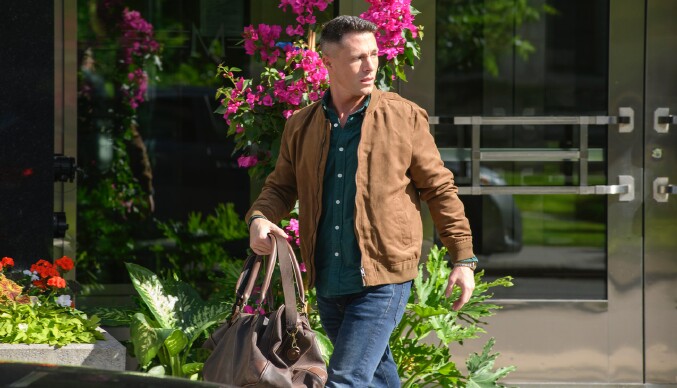 Haynes understands how someone could fall for these types of cons. Being a trusting person himself, he knows how easy it is. "I believe it can happen because it's happened to me," he said. "If it [can] happen to me, it can happen to anyone. If you're someone like Louisa (Gabrielle Graham) in the film, who is loving and trusting, people [can] take advantage of that. They see a light, gravitate towards it, and want that same light. That's kind of what Steve and Mitch do in this movie and it's kind of the world we live in. Especially with people having easy access to everyone's information. That's why I think people relate to these stories as it probably happens to more people than you think.

"It makes you feel very naïve when it happens, especially when you fall in love with somebody you trust, and you believe [they are] someone else, and then they basically take everything from you," he explained. "It's pretty shocking to not only your ego but to everyone around you."

One thing that appealed to Haynes about this story was, what turns out to be a financial and emotional tragedy for his character's victims becomes a story of a woman's empowerment, as the Louisa character takes ownership of her misfortune and becomes a heroine. "There's a scene where Louisa really puts my character in his place," he recalled. "She takes back her power. I think that that was such a great scene because in doing so, and helping herself, she was able to help so many other victims."

Haynes hasn't seen the finished film and admits the "movie magic" part of him acting against himself as his twin is going to be interesting to watch. "Whenever I did scenes as the twins, I'd work with another amazing actor," he recalled. "But the issue was, which brother am I? The schedule was so quick, and I'd be like, 'Wait, shouldn't I have glasses on for this?' But it was easy to jump back and forth because the writing was really easy and when changing between the brothers there wasn't too much of a physical change."

While Haynes is hoping for more Lifetime roles in 2023, he's thrilled to have revisited one his most popular characters, Jackson Whittemore, for the upcoming Teen Wolf movie, debuting on Paramount+ January 26, 2023. "I had a freaking blast doing that," he said. "I see those guys all the time; working with them [again] was so fun. That character is nothing like me in real life, so doing his lines, people would start laughing. I'd say, 'Guys, I'm Jackson and I have to be a jerk to you, can we get through this scene?'"

As for Swindler Seduction, Haynes hopes viewers take away a specific message. "Don't trust someone you've met," he said in closing. "People have access to your information pretty quickly now. It's hard whenever you're looking for love or companionship, but be a little bit more withholding with your information, and actually get to know the person before you jump in."

Swindler Seduction will be telecast Saturday, October 22 at 8 p.m. on Lifetime.