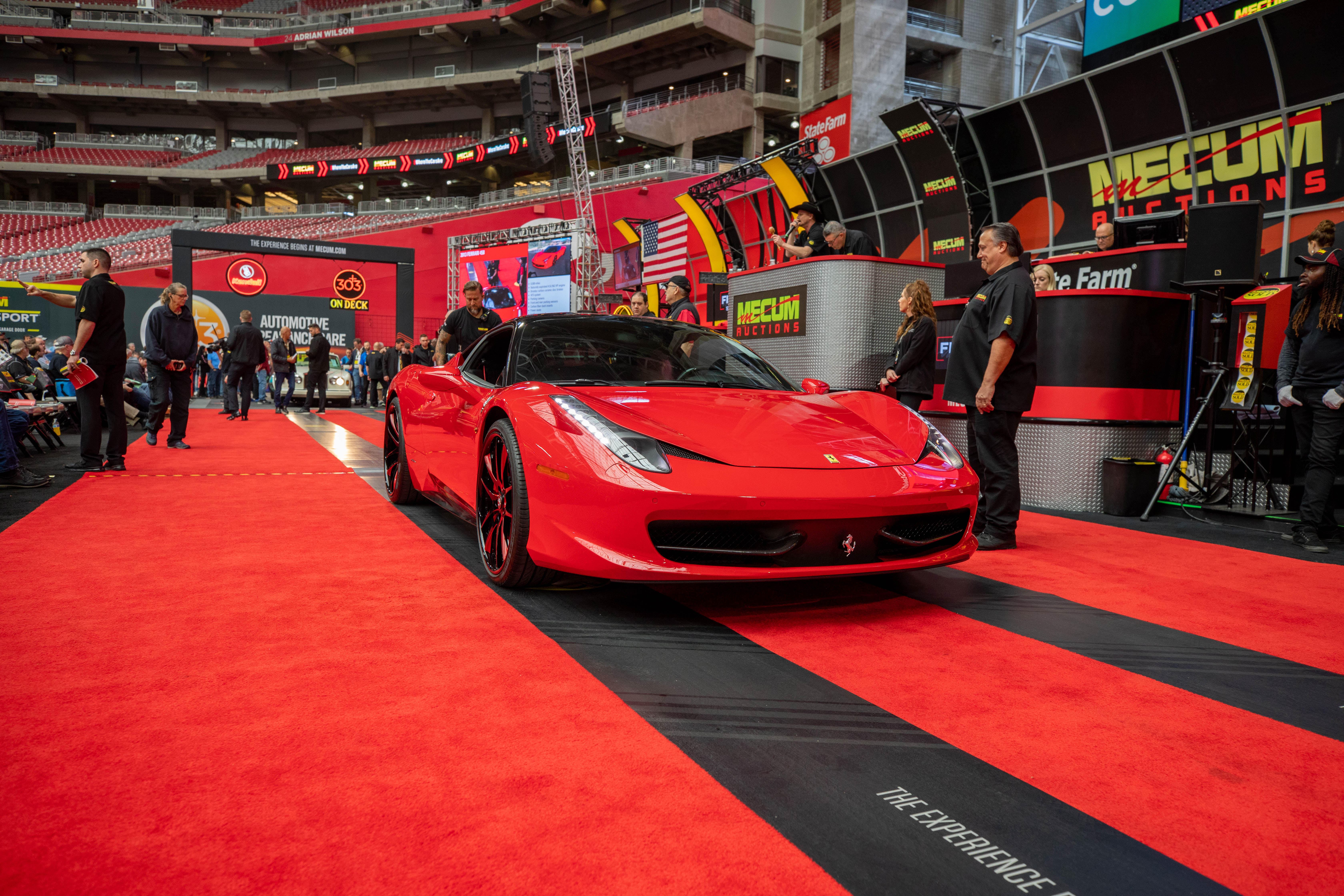 Did they know something we don't? The bidders crammed into the Mecum Auctions at State Farm Stadium in Glendale, Arizona last Friday, as part of the March 11–14 event — while most of the known world hunkered down because of coronavirus (COVID-19). A somewhat surprising standing-room-only audience lined up to bid on cars, including a 1965 Chevy Malibu Super Sport Restomod with Cragar SS wheels (a no-sale at a high bid of $25,000) and a stock 1939 Ford Deluxe Coupe, which sold for $61,000.

"By the time we sell this thing, the epidemic will be gone," the auctioneer said about the back-and-forth Ford Coupe. I know he said that because (although I was at home in Connecticut) the auction was broadcast live for six hours on NBCSN, a sports network suddenly bereft of sports events. The network, formerly the Outdoor Life Network, broadcasts everything from road races and Olympic skiing to the National Hockey League and Sky Sports. And now, it's scrambling.

Among the sports events canceled, postponed, or up in the air because of coronavirus are the remaining National Basketball Association schedule, the National Hockey League, the Masters Golf Tournament, Major League Soccer and U.S. Soccer (plus the Premier League in England), NASCAR, IndyCar, Major League Baseball and the Little League, the Boston Marathon, NCAA, Formula One races, and many more — including the pick-up game down the street. 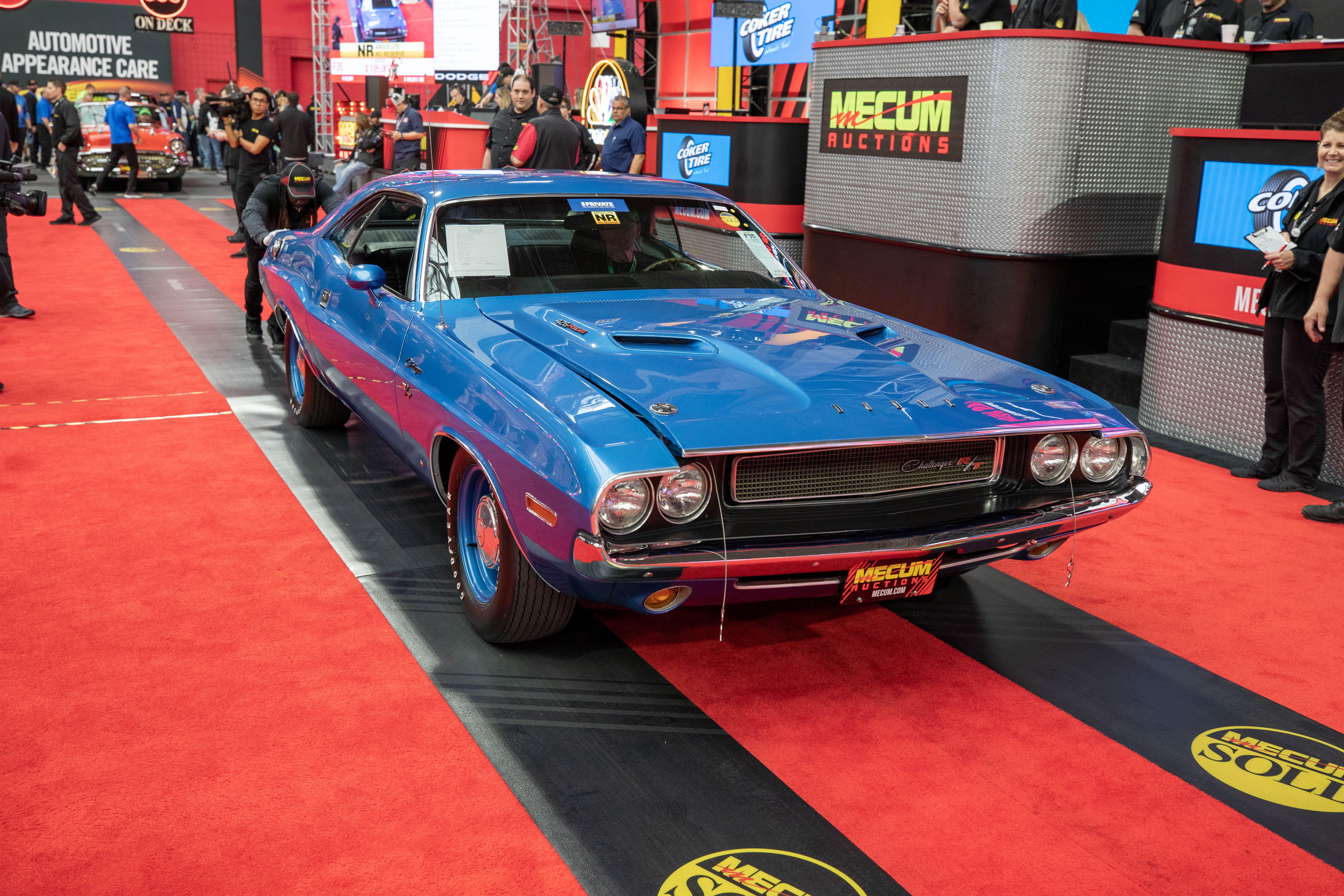 "We were asked by the network to step up our game, and we were glad to help out," said John Kraman, Mecum's lead TV commentator. "It's a funny turn of events — we're getting more airtime because sports stuff was canceled."

Not just some major sports events—all of them. “For the second time that I can remember in sports TV, nothing at all is happening — even the practices are canceled,” said Bo Garrett, a producer at Fox Sports. The first time was 9/11. Garrett said that the networks’ contract employees will be most affected.

Joshua Shelov, former director of original programming at NBC Sports and part of the team that brought in coverage of the Mecum and Barrett-Jackson collector auctions, wasn't surprised that Mecum got six hours of programming with pro and college sports canceled. “For one thing, the car auctions are sticky; people start watching them and stay with it," he said. "The ratings are steady, if not spectacularly so.”

One alternative to live sports broadcasts is rebroadcasting events, and NBC Sports did that, too—on NBC, NBCSN, and Golf Channel. If you missed Six Nations Rugby on March 7, you could see it again (four hours of it) on March 14. The third round of player's championship PGA Tour Golf from last year? That was on again, too.

Along with all the sporting event cancelations, most car events were also canceled. The New York International Auto Show (NYIAS) was postponed — for the first time since World War II — until August 28 through September 6. NYIAS spokesperson Chris Sams told me, "With the number of cases rising in the area, we couldn't take the risk. We're excited about the 2020 show happening in August and are feeling really good about the responses from the industry."

But that decision took down a lot of ancillary events surrounding the show. Lamborghini deep-sixed the Huracán EVO RWD Spyder event planned for April 7. Infiniti planned to globally introduce the QX55 that same day, but because of "the ongoing public health concern around COVID-19" that's off, too. 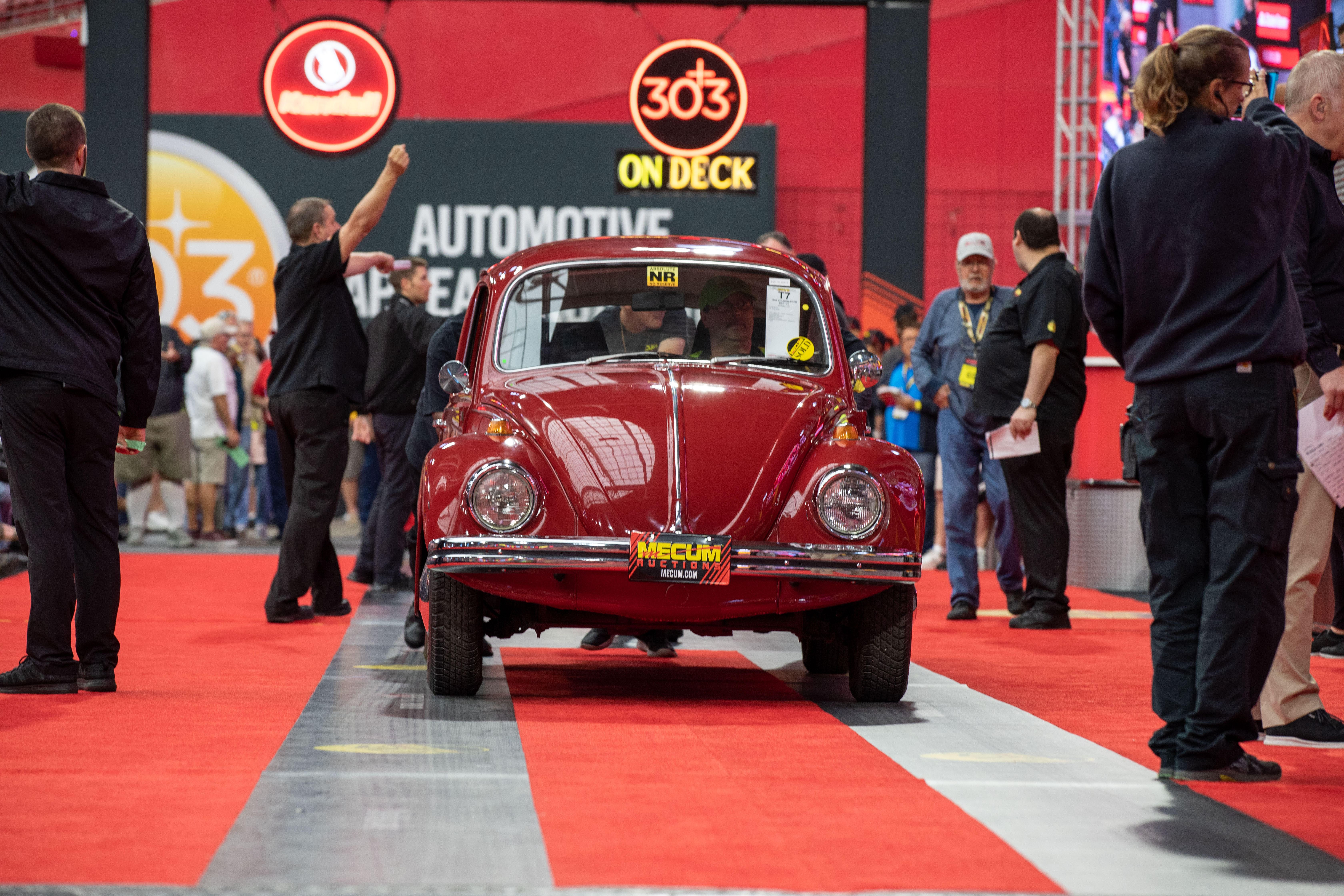 The Barrett-Jackson 18th annual Palm Beach Auction, scheduled for April 16–18, was postponed. Car auctions (at least when they're not virtual) involve incredible logistics of personnel, machines, and equipment, and there was time to keep it all at home.

Meanwhile, back at Mecum, spokesperson David Morton said, "Despite [the cancelations of] the [MLB's] Spring Training games in the Valley and the NHL's Arizona Coyotes, which play across the street, we're in day three of four at Mecum Glendale 2020."

Inside State Farm Stadium, there was spirited bidding and few empty seats. "Terrific crowd on this Friday," the announcer said. Still, the low-mileage Ferrari 458 Italia, capable of 200 mph, was a no-sale.