Could the Trump-Bannon-Ailes Network be the Voice of America? 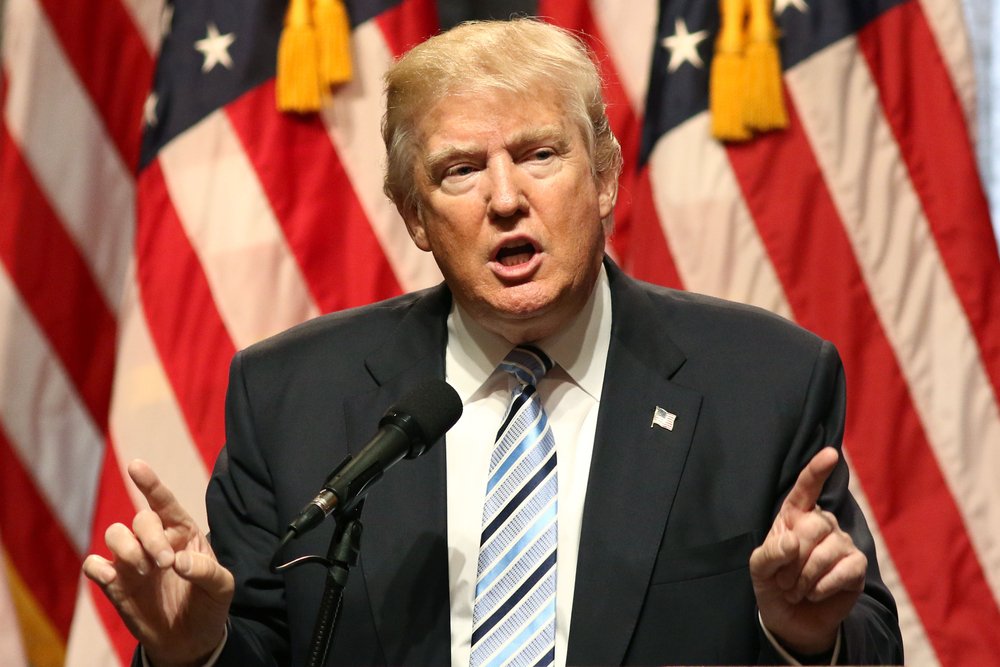 Historians, a German philosopher once wrote, are prophets looking backwards.  Media industry executives would be wise to reflect on that thought as they contemplate remarks in late January to The New York Times by Steve Bannon, President Trump's chief political strategist who wants to bring their news divisions to heel.

Tensions between the White House and the journalists who cover it come with the territory, as do battles over news stories that can shape a president's reputation or his policies' fate.  Even so, relationships inevitably are pragmatic; senior officials need coverage to promote their agendas and reporters need access to do their job. Save for times of historic crisis -- think Richard Nixon's Watergate scandal -- sparring is the norm and all-out warfare rare.

Whatever that old symbiosis, Bannon last month made clear that times have changed.  Like Trump's own name-calling whenever reporters are in sight, his call to the Timesexcoriated the media. [1] Admonishing the Fourth Estate to "keep its mouth shut" until its reporting conforms to the White House view of reality, alternative facts included, he labeled the press "the opposition party."  Coming from the president's political consiglieri, the declaration that the White House sees open antagonism as its default setting was hard to miss.

Not surprisingly, reporters, editors and the rest of the media establishment have responded professionally, reaffirming their rights and role.  From the White House beat to the opinion pages and talk shows, commentary also has been predictable. Its conventional wisdom: The criticism and invective is red meat for the political base, a ploy to keep critics as well as reporters scrambling, and a symptom of Trump's astonishing narcissism when anything less than adulatory reporting greets his performances, no matter the stage.

To be sure, as a tactical play-by-play on Trump's taunts and Bannon's threats the assessments make sense. But they also beg important questions. What does it mean when the president declares war on the press?  First Amendment guarantees or not, just how vulnerable are its freedoms under a sustained assault by the country's most powerful political leader?  Indeed, like Trump's campaign tactics, if demonizing the media is part of a permanent political strategy, how far can a White House campaign against the Fourth Estate go?

No White House has ever declared its categorical contempt for the press or mounted a jihad against it, making a search in presidential history to find out what may come next little-to-no help.  In fact, identifying where an anti-media campaign could lead requires looking beyond the American political experience itself.  Examining other current leaders abroad who have turned on the press, in fact, does offer some parallels.  Russia and Poland are two places to start.

Over the last several years, Poland's Law and Justice party leader, Jaroslaw Kaczynski, has taken a leaf from Russian President Vladimir Putin's book, walking back post-Soviet era democratic reforms including new curbs on the media.  To be sure, in both countries, politics, regulations and business models differ from ours, as does their totalitarian history. Still, as reflections of political agendas that aim at manipulating the media, the record and results of Kaczynski and Putin highlight several areas to watch.

Corrupting the news.Creating the machinery that molds news into propaganda is a core element in controlling the press. For a decade in Russia, Vladimir Putin has offered a master class. Russia's role in the flow of "fake news" in our 2016 presidential campaign is one example of the Kremlin's capabilities; the news environment in Russia demonstrates what can come next. While Russians have reasonably free access to the Web, Putin's media machinery floods the press with government approved, if not authored facts and analysis; the result buries what remains of independent reporting and analysis.

Could it happen here? The parallel with the Trump campaign and the constant flurry of emissions from his new White House is hard to miss: from groundless charges about fake birth certificates, inaugural crowds and election fraud to the flood of presidential tweets, Executive Orders, press conferences, and counterattacks on critics, the bogus as well as bona fide information flow has left news organizations scrambling as well as contravened the facts. Whatever its origins, the pattern in Trump White House public affairs has its precedents, is worrisome, and bears watching.

Coercing the competition. With the newspaper, broadcast television and radio industries accounting for some seven percent of American GDP, it's hard to believe a new competitor in the market could swing enough weight to influence how major media companies manage the news.[2] Poland offers a reason to think again.  Since its election victory in 2015, Kaczynski's right wing Law and Justice Party has done just that; new laws have stripped away the powers of the National Broadcasting Council that oversees public television and radio, allowing the government to hire and fire as well as install news management and reporters at will.

Poland's constitution provides for freedom of speech and the press, protecting its privately-held print and broadcast news outlets, although here, too, economic legal screws are tightening.  Government agencies are shifting their advertising spending to public media, eroding private media company revenues.  Using Polish libel laws that include penalties for defaming public officials and the state, government suits against the news media -- in effect, reprisals for their reporting -- are steadily rising, as are their deterrent effects.

The potential parallels here aren't hard to find. Indeed, the Trump administration has hardly made a secret of its intentions.  White House sources, for example, have said they plan to eliminate all funding for public broadcasting including its highly regarded national and local news operations.[3] Mirroring his legal tactics as real estate developer, candidate Trump vowed repeatedly on the campaign trail to "open up" U.S. libel laws to allow him to sue the media and "win lots of money."[4] And Trump transition team members are in place at Voice of America where what will happen next to the $750 million-a-year, highly respected broadcast service under Trump management is anybody's guess. [5]

The Bully's Pulpit? The uncertainty surrounding Voice of America isn't speculative.  An amendment to last year's defense authorization bill empowered the president to replace its board of governors -- designed to insulate the Voice from partisanship -- with an appointed chief executive. That isn't all; legislation in 2013 lifted the ban on making its broadcasts available to American audiences. [6] The ban was meant to ensure that programming to promote U.S. interests abroad didn't by accident or design become propaganda to influence American viewers and listeners at home.

The White House hasn't revealed its plans, although Bannon's history as the chairman of Breitbart News, a far-right platform, and the choice of the transition team for the Voice may suggest its thinking.  Matthew Ciepielowski[7] and Matthew Schuck[8], two 20-something former Trump campaign staffers, are ensconced in its executive suites.[9] Neither has any government or senior management background or for that matter, much time as journalists; Ciepielowski worked on his college paper while Shuck did stints with a Breitbart-like, far-right web site and a conservative news network that styles itself to the right of Fox News.[10]

In any case, for the first time since World War Two, a president could well have direct control over the message and the machinery of his own broadcasting organization.[11] Or, to put it in terms of the competitive media market, President Trump just might be one appointment away from overseeing his own news network.  Stories during the campaign pointed to just that interest and noted the talent, not least his friend and advisor, Roger Ailes, who could help.  As the Washington Post's editorialists wrote in December, it's a development that would make president Putin proud.