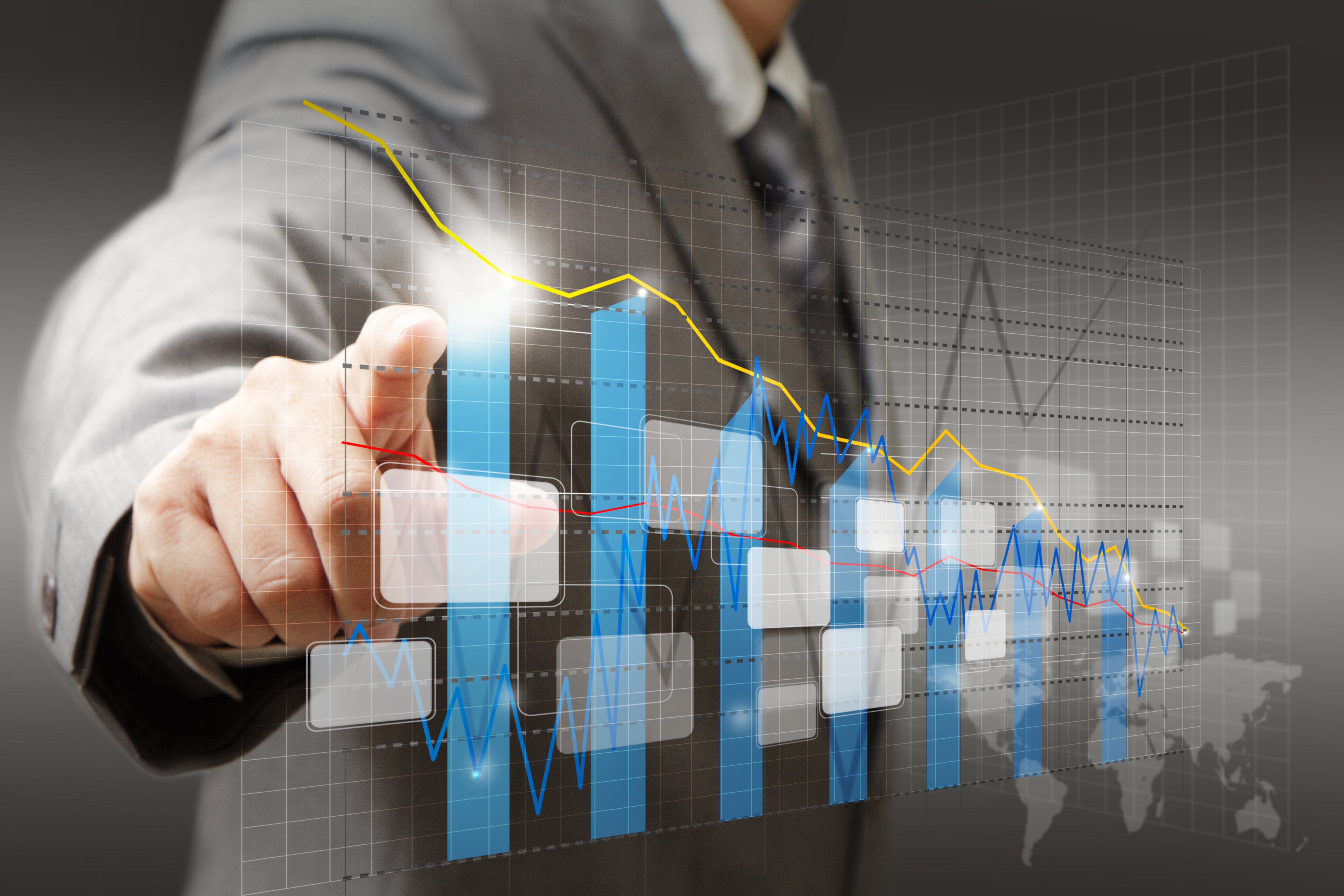 In this report we shall seek to learn the kinds of things we learned dissecting the trend in media allocation of other mighty industries -- insurance, online retailers and consumer technology -- courtesy of Standard Media Index (SMI). Today we turn the same lens on CPG, but with a difference: for CPG we have ROAS findings to compare with the trends. (We're working on ROAS for those other three verticals.)

The CPG story starts further back. CPG companies have always invested about 5X as much in promotion as in advertising. Promotion means sales stimulation by price incentives. Some of it is saving the consumer money (consumer promotion), some of it is giving a bigger share to the stores (trade promotion).

The love affair of CPG and promotion goes way back. Advertising effects were not impossible to read but promotion effects spiked visibly to any observer.

Starting from the checkerboard matched market experimentation devised by Grey and adopted widely, agencies were telling advertisers that promotions were losing money and that advertising was more profitable. Sounding self-serving, this advice was ignored.

Behaviorscan reported that 40% of all heavy-up advertising tests paid out, but only 20% of all promotions. The other 80% of promotions lost money both short- and long-term.

This had very little effect on the system. CPG companies were happy with what they did and with the way things were going. They had their ways of doing things, maybe imperfect, but working reliably, and they themselves had created those ways and were being rewarded, so why mess with it.

In the more recent past, the shift to executive compensation publicly tied to quarterly sales and EBITDA, and the concomitant focus on the short-term, did nothing to undermine the use of promotion.

Marketing experimentation expert Jim Donius wondered to us the other day about the way CPG uses digital; maybe they are finding it to be a superior form of promotion. He means that many CPG digital ads either contain explicit price promotions or incentivize a clickthrough by implying an economic incentive. "Maybe they should take that kind of digital out of their promotion budget," Jim mused, "not out of their advertising budget."

Jim's insights definitely seem to have a bearing when one looks at the most recent CPG media spending trends -- more digital is being piled on. Yet as we shall see below, the actual brand sales and market share trends point in the other direction -- a seeming disconnect -- except if Jim is right, the ability to see fast sales lifts for digital, especially for ads involving price, may be the yardstick that most high media managers are using. Market share trends show the reverse, as we shall see below.

One media sub type worth mentioning is Local TV in which CPG ad spend is up YOY +42.8% in Q1 2021, after three years of declines year to year.

Certainly, this shows that the whole CPG industry has evidence that digital is working for them. The evidence may be mostly marketing mix modeling (MMM), or perhaps the ability to track price-offs in digital has enabled CPG advertisers to see that digital is really a more cost effective form of promotion.

However, when one considers other important value measures, such as long-term brand equity, and such as share of market measures, one sees a completely different picture of the world. The Fox BHC SMI ROAS study, which measured $2.2 trillion in sales against $48 billion in ad spend (SMI) to detect correlations of media types with brand share changes (IRI in the CPG category), we saw more losses of brand share than gains for the CPG advertisers during the months in which they used more digital, less TV.

Marginal utility analysis to determine where to spend the next million dollars on advertising, this is how the picture came out: 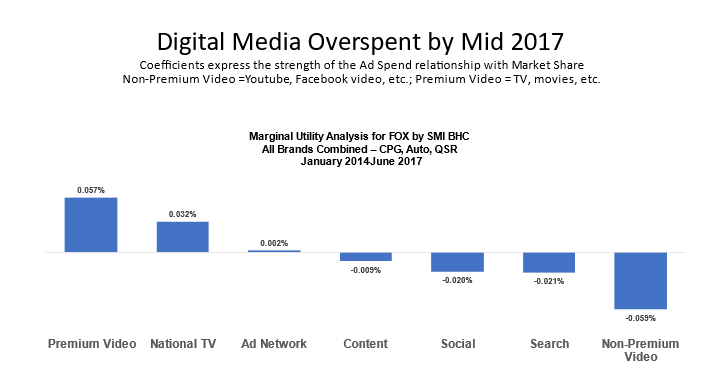 So, what are our conclusions?

These appear to be good times for CPG. They are now also embarked on eCommerce Direct To Consumer (DTC) development, a major systemic change which itself may be the simplest explanation for why such a big CPG shift to digital.