Danny Trejo Mixes Menace and Mirth on The CW's "The Flash" 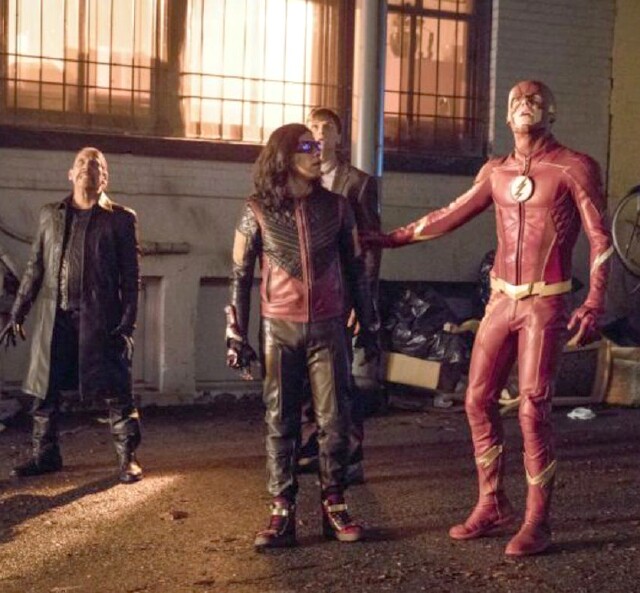 Danny Trejo is well known for his numerous villainous onscreen roles but when the Hollywood favorite made his debut this week on The CW’s superhero hit The Flash we saw a different side to the actor -- an over-protective dad -- albeit still a menacing man.  In the episode, directed by series regular Tom Cavanagh, Trejo guest stared as Breacher, the father of Gypsy (Jessica Camacho), who’s none too happy about his daughter's relationship with Cisco (Carlos Valdes).  Trejo (pictured above at left) recently told MediaVillage that he couldn't be happier about having the opportunity to exercise his comedic side in the often humorous episode.

"I love comedy," he beamed after a recent screening of the episode.  "Being fierce isn’t that hard for me; I just show up.  But I really liked the way they put both menacing and funny together.  The whole thing sometimes just cracked me up.  I think entertainment is all about comedy, so to be able to go from this menacing character and then make people laugh was really a lot of fun and a great experience."

According to series creator and executive producer Andrew Kreisberg, landing Trejo was a casting dream come true.  "We were in the writer's room coming up with this character and someone said, ‘You know who’d be great for this? Danny Trejo!’” he explained.  “I’ve discovered through the years that a lot of times if you don’t ask because you are afraid or assume people will say no, you never find out.  So we did, he said yes and it’s awesome."

"Actually my first question to my agent was, ‘Do I die?’” laughed Trejo of his casting.  “When she said ‘No,’ I was like, ‘Cool! Hell yeah!’  It would have been dumb to say no.  I really enjoyed the whole thing.  The cast is unbelievable -- it’s like a big family."

"For us, once the image of it being Danny was in our heads, we couldn’t imagine anybody else doing it," added Kreisberg.  "It’s a tough part because he’s known for being an action star, so if Danny had said no, I’m not sure what we would’ve done." 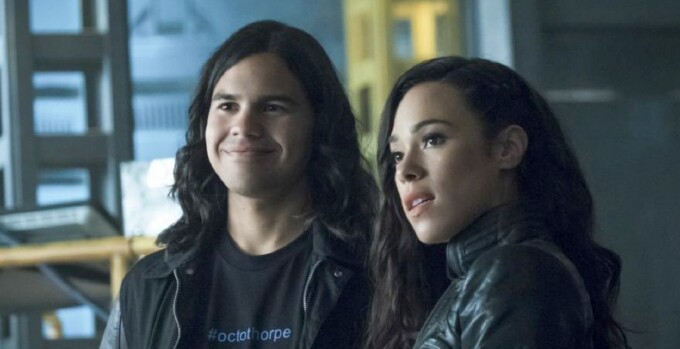 Kreisberg said that Trejo's performance coupled with Cavanagh's direction took the role of Breacher to new levels.  Trejo was also impressed with his young co-star Carlos Valdes, with whom most of his scenes were shared.  (Valdes is pictured at top, center, and above with Jessica Camacho.)

"Carlos is a cute kid, and he is a lot of fun," Trejo said.  "He's also a great actor and his timing is awesome.  It just worked; he was like a little brother, he knew his lines and didn’t bump into the furniture, so he gave [me] a lot to work with."

Trejo made such an impression on the Vancouver-based production that he may be returning to the show.  "We definitely want Danny back," Kreisberg declared.  "We want him as much as he’s available."

That's a request Trejo would be happy to oblige.  “[Maybe] an episode where he and Cisco go fishing or something?” he mused.  “It's one of the biggest series on TV right now.  I’m available!"

The Flash is telecast Tuesdays at 8 p.m. on The CW.