DeepIntent: Fighting Fragmentation With a Linear and CTV Power Pack 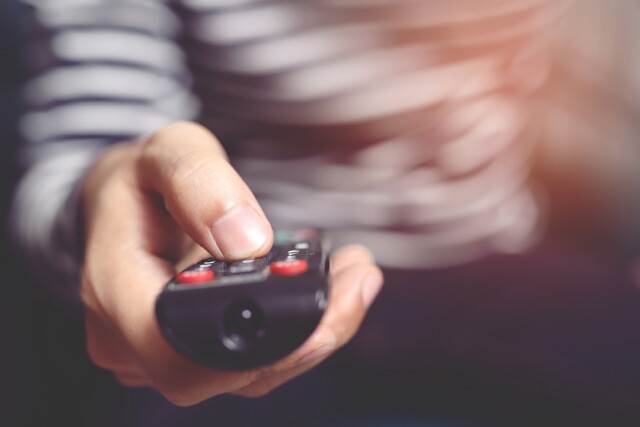 One of the truisms of marketing that has not wavered over the years is the need to reach the right person at the right time. In a world where fragmentation of audiences continues to accelerate, there is little distinction in the eyes of the average television viewer whether they are watching content on linear platforms or content on connected TV (CTV).

For most Americans, TV is TV is TV. It is the advertiser who makes the distinction. As audiences continue to fragment, the most effective way to spend advertising budgets becomes using linear television in combination with CTV.

Demand side platforms (DSPs) like DeepIntent help facilitate that. DeepIntent built the first DSP purposefully for healthcare marketers to plan, activate, measure and optimize programmatic advertising campaigns, all within a single platform.

The power combo of linear and CTV was one of several topics that was brought to the forefront at the panel Adapting to Fragmentation: Linear + Connected TV, which was part of DeepIntent's recent Innovation With Intent Summit. It was moderated by editor of and lead industry analyst for The Myers Report at MyersBizNet, Jeff Minsky

In explaining the average consumer's mindset, Jason Wiese, Senior Vice President and Director of Strategic Insights at the VAB, noted the results of a recent survey. When asked what they consider to be TV, "45% of consumers said that TV is anything they're watching on TV, whether it was linear TV or streaming. Another 25% said anything they are watching on any sort of device is TV." Interestingly there was no significant difference in responses among demographics, likely attributable to the acceleration of digital habits during the pandemic.

Greg Joseph, Senior Director, Demand Partnerships at FreeWheel concurred, adding: "We need to think about television as the evolution of the device, and the device not necessarily needing to be a big screen in someone's home."

That is not the only thing that is changing.

In an industry that is continuing to move from historically CPP (cost per point) measurement to one measured by impressions, CTV is no longer an add-on buy, used to reach incremental audiences. According to Joseph, "One thing we've seen is, for every Upfront [presentation] now, CTV is part of the conversation." eMarketer projected that this year, Upfront CTV video ad spending will swell to $5.96 billion, a 32% increase over 2021.

What's more, the 2022 Upfront season is marked by a significant change from years past: there is no ratings service currently accredited by the Media Rating Council. "It's really opened the door to consider other alternative measurements beyond the (Nielsen) panel," noted the VAB's Wiese.

DSPs like DeepIntent allow advertisers to consider not just impressions, but insights into who their audience is, where they are, and how they are reaching them. This was pointed out in the kickoff to the Summit by Founder and CEO of DeepIntent, Chris Paquette. "We will see a convergence in the marketplace where marketers don't have to choose between scale and precision," he added.

Reaching audiences precisely and at scale is not only cost-effective, but also opens the door to more diverse television messaging. As Minsky noted, "There can be interactivity. There can be feedback. There can be dynamic creative."

FreeWheel's Joseph sees more dollars moving to programmatic as more inventory opens in longer time slots, which is particularly attractive to pharma companies as they meet their regulatory requirements. This holds true not just on traditional networks but on streaming platforms like Disney+ and Netflix, which have announced plans for ad-supported tiers. However, as Minsky pointed out, that will not happen until at least fourth quarter 2022 "I tend to doubt that Netflix and their licensing agreements for the content they have has the right to sell ads, at least for a good majority of it, which means it is going to be quite a while before this ad tier for Netflix comes out."

There's another factor to consider: Joseph noted that spending on programmatic platforms is still not large enough for measurement to fully transition to impressions, away from CPP.

A final overarching theme of the discussion concerned rumors of the death of advertising in favor of paid subscription modes, which has been greatly exaggerated, according to the panelists. Pandemic habits changed some things for the long term -- such as the acceleration of digital transformation. But it was not a death knell for advertising.

Consumers do not dislike ads. They dislike irrelevant ads that interfere with their customer experience. In order for brands to make their marketing dollars work and combat the challenges of fragmentation, they need to ensure they are reaching the right audiences with ads that are relevant.

Platforms that are able to do that, such as DeepIntent, help solve the problem of fragmentation by allowing the advertiser to use CTV as a complement to linear TV, working together to help pharma brands maximize their TV strategies. Enhancements like precise targeting, the ability to buy access to select audiences, while remaining privacy-safe, are paving the wave for a sea change in the industry that goes beyond pharma itself.

Joanne Tombrakos has been calling herself a Storyteller before it was the trendy thing to do. A Digital-First Marketing and Business Strategist, Assistant Professor of Marketing at NYU and above all a writer she is considered a SME in content marketing, soci…