Delegitimizing Democracy in 2021: Will Disinformation and Trump Views Be News? 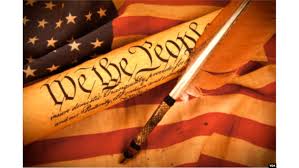 The spectacle of hundreds of Republicans on Capitol Hill pandering to a defeated president’s baseless election claims on January 6th when Congress certifies the Electoral College results looks like the last scene in Trump’s 2020 political charade. The news media needs to call out the disinformation for what it is -- the opening act in their 2021 attack on the democratic process.

Intelligence analysts don't get paid to write retrospectives. It's one of the reasons President-elect Biden didn't find secret versions of the typical December "year in review" news feature in his President's Daily Brief last month. Analysts draw their checks for identifying developments that will matter, then looking ahead to discern their implications. The job isn't easy. As Warren Buffet said about business, the rearview mirror is always clearer than the windshield. That's certainly true for intelligence, not to mention politics as well.

Figuring out what will shape 2021 couldn't be more important as President Trump rants about a stolen election while excoriating faithless Republicans who failed to overturn its results. The commentariat has it that Trump's influence in Washington will head south along with the moving vans bound for Mar A Lago on January 20th when President Biden takes charge. Miracles can happen, of course.  But anyone who believes Trump's political impact will dissipate as his presidential trappings disappear needs to think again.

How the news media will cover Trump in 2021 is one reason why. Consider the last four years. In one term Trump dominated the Republican Party, cowed its leaders, and created a cult of personality rivaling any Il Duce. Last year, with his campaign rallies dropped from primetime, his stump speeches panned and his polls coming up short, he still won 74 million votes. The news followed the election in excruciating detail. But for all their reporting and expertise, journalists are missing what's most important in the aftermath -- Trump's media power.

That 74 million votes weren't enough to beat Biden isn't the issue. That none of the usual metrics or analysis captured the durability of Trump's support is. Take the polls that show seventy percent of Republicans believe Biden's election wasn't free and fair. The implication, as intelligence analysts would say, is a BFO -- a blinding flash of the obvious. Like the marks who remain in thrall to prosperity gospel preachers or Ponzi schemers even after their scams are revealed, Trump's devoted aren't about to abandon him or their faith in his words.

Why their fealty will continue isn't just because of Trump's non-stop prevarication. Many people simply can't recognize lies. In a ten-question test to see who could spot blatant falsehoods, an NPR-Ipsos poll last week revealed less than half of Americans could confidently identify as bonkers QAnon's famous fever dream: that an elitist cabal of Satan-worshipping pedophiles are trying control politics and the media. Nearly 40 percent, primarily Republicans and Fox News viewers, believe QAnon's mythical "Deep State" is still working to do in Trump.

The way Trump's supporters view the news also reinforces their gullibility. Since 1997 Gallup has surveyed Americans annually on their trust in the news. Republicans' trust fell off the cliff in 2016 -- at 32 percent, the lowest on Gallup's records -- as Trump mounted his attacks on reporters and their organizations that year. Gallup's latest poll shows it hasn't recovered over the four years Trump's fake news mantra has exploited the theme. In 2020, the gap between Republicans and Democrats regarding trust in the news hit 63 points.

Add to their distrust the Republicans' choice of news purveyors. In 2016, 40 percent of Trump voters said Fox News was their main source on that year's election, according to the Pew Research Center. In contrast, only one-in-five of then-candidate Hillary Clinton's supporters named a single go-to outlet. Pew's latest poll suggests an even sharper contrast in 2020. Asked about their news sources on election fraud, 53 percent of Republicans cited Fox, conservative talk radio and "other sources" that presumably include Newsmax and One America Network. The two upstarts' adoration for Trump puts even Fox's sycophancy in their shade.

As Trump leaves office, the polls from Pew and Gallup also suggest something more troubling: a growing media market for political disinformation. Trump's ravings obviously are a preview of his post-presidential role. But his pilot performance as a lame duck president matters to more than the news outlets primping to attract his eye and the audiences he can draw. Trump's shtick is creating a menagerie of copycats to fill TV studio green rooms across the country, ready to ape his anti-democratic attacks on camera as part of their political game.

Consider the dozen Republican senators and the 130-some representatives who have opposed certifying electoral votes on January 6th because of Trump's groundless claims. In the House, the head count comes to nearly three-quarters of the Republican contingent; in the Senate the dozen represents one-quarter of the GOP's ranks. Add up their constituencies. The coast-to-coast local coverage of their current and future theatrics is a measure of the audience potential in scores of states where Trump has cultivated the market over the last four years.

Whatever history's verdict on Trump's bogus claims, failed lawsuits and doomed congressional maneuvers after his defeat, it would be a mistake to consider the gratuitous chaos as his swan song. With half of Republicans convinced he won election, it's a safe bet their legislators, eager to keep their seats, will be on air flogging his view. Indeed, from Fox News and its new cable competition to right wing talk radio on local dials, Trump has seeded more than enough disinformation to produce a bumper crop of conspiracies over the next four years.

Glenn Gerstell, the National Security Agency's former general counsel, put it this way in the New Yorker two months ago: "Disinformation works best when it's consistent with the audience's preconceptions." Even compared to foreign governments that can mount sophisticated political attacks, he wrote, American disinformers are especially dangerous. "They have their fingers on the pulse of our social and political divisions. At the moment, disinformation seems to be finding a more receptive audience on the political right."

Small wonder. For editors, news producers and reporters, as the effort to delegitimize the new administration and the democratic process that produced it continue in 2021, the question is, will disinformation be news?

Also read: The Banana Republicans and Their Media Enablers: Have They No Shame?