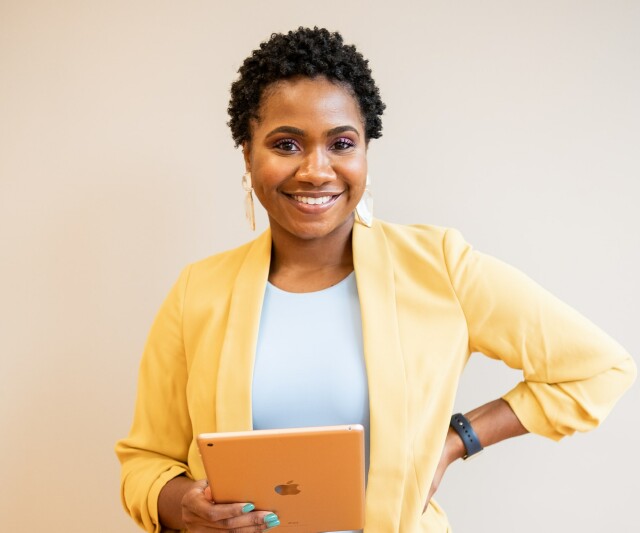 As businesses, we serve diverse stakeholders. Seventy percent of new workforce entrants in the next year will be women and people of color, for example. Creating teams that mirror that diversity isn't just nice or a good thing to do. It's smart, and it has a direct impact on the bottom line(s). It encourages innovation, creativity and a deeper engagement with our customers, employees and other stakeholders. It helps us build products that customers actually want. It makes us get continually better at what we do. Despite this, however, recent research indicates that 75 percent of private tech companies have no women on their boards, and women hold roughly 25 percent of global board seats -- a number that actually went down by two percent last year. Add the filter of Adtech and it gets worse.

Constance Frazier of Cardinal Change, Marta Voda of Strategy Source and Mike Kelly of Kelly Newman Advisors have teamed up to do a deep dive on the diversity or lack thereof in the Adtech industry. The Digital Diversity Project clearly delivers a systemic approach to filling the gaps: Measure the existing diversity of Adtech companies, then build a roster of strong diverse candidates for industry boards and assist in the placement and preparation of those candidates.

The partnership is brilliant in that it is an intergenerational effort; smart given that we now have five different generations in today's workplace. Cardinal Change works with universities and corporations to develop DEI programs that are incorporated into curriculums and strategic plans, respectively. Educational viewpoint beliefs influence behavior and behavior influences culture. Strategy Source then picks up the baton from there, focusing on talent acquisition, instilling DEI belonging and culture building through such skills as how to handle difficult conversations and helping corporations operationalize their DEI. Kelly/Newman already has access and credibility in the boardroom. They recognized that to affect change you first need the facts, so they commissioned Alice Kendrick at SMU to conduct the resulting research report.

Why the focus on boards? Because this is the governing body that drives and oversees and ultimately approves of actions a company takes. Rather than taking a bottom up approach, this takes a top down ... where the internal power truly lies to change the dynamic.

Based on current trends, it will take 47 years for women to reach parity with men in corporate officer positions. Yet if we're trying to create a new way of operating in business, we need to overcome the barriers to creating organizational boards that better reflect the diversity of our society as a whole -- and we in the Adtech space can start at home.

We often hear about efforts to add more diversity to public boards -- and indeed there are regulations and investor groups that are providing guidance on this issue at that level -- but the vast majority of private boards have no information or guidance. In addition, private boards are often an easier entry point for diverse candidates to get board experience. As such, the thousands of private boards are the less visible but much more impactful "first floor" of the structure. Adding one more diverse board member to each private company would create an exponential impact on the current state of board diversity and a powerful future force of diverse directors.

What's been the hold up in women getting on boards and some proposed solutions:

1. The limited titles that qualify for board seats

Traditional board configurations that consist of sitting and former CEOs and CFOs severely limit the pool of qualified female candidates and contribute to a lingering misperception that the female executive talent pool is shallow.

Even as more and more women take on finance roles, board recruiters should broaden qualifying titles to include CMOs and CHROs -- areas that are primarily populated by women.

2. Lack of motivation to change the status quo

The majority in power is often not motivated to resolve this issue. Still, to this day many men don't see a problem with gender imbalance in leadership, and men occupy 80 percent to 100 percent of decision-making seats on most boards. This is unconscious bias in action.

Educate men about unconscious bias and get more women on boards and into leadership positions. Support high-potential women to step up, own their mics, and go after these positions. Organizations such as Watermark have been working for 25 years to educate, advocate and connect women to such opportunities.

Boards aren't accessing diverse networks in the recruitment process; many boards that genuinely want to balance gender representation don't have the tools and resources to do so.

Rather than turning to recommendations from your current, mainly white-male board (which history shows will result in appointing more white men), engage groups such as theBoardlist or the Athena Alliance to cast a wider net.

Female executives aren't always visible or aren't visible in the right ways. They're often viewed as the coffee-getter as opposed to the great-idea-generator, over-emotional rather than passionate, or tactical rather than strategic.

Shine a light on the women in your organization. Prioritize raising their visibility by making sure qualified female employees are leading key strategic efforts, speaking in public or otherwise, representing the company. Recognize solid ideas out loud, and if you notice a man trying to hijack an idea suggested by a woman, say something.

Also make sure your company understands what the language of unconscious bias sounds like. Good intentions can result in big insults. Watch for comments with hidden criticisms, such as, "You're such a good mom, you always leave on time" (implying that she isn't staying late with the rest of the team or isn't pulling her weight).

Female executives aren't always qualified in the right ways, especially related to tenure or breadth of experience. For example, a candidate who has had nonprofit board experience but not public board experience.

Clarify expectations and broaden your perspective on the skills you need on your board. Of course, you need people with experience in governance and finance, but what about marketing and human resources, or someone from a fast-growth company (instead of just thinking of large ones) or a different industry? Leveraging a broader set of skills could result in a greater pool of women (and more innovation). Organizations like the Athena Alliance also can help with board preparation.

Today's business and social environment requires bold steps forward, especially for companies and organizations looking to change the paradigms of business. Adtech can be a leader in this space. Let's all learn what we must to do the hard work of moving our great intentions about a new way to leading into meaningful action.

Kate Byrne is the Strategic Growth Advisor for Community and Partnership at Goodlight Capital, creating the future of Venture Capital to be more equitable, scalable, and impactful by providing capital and more for under represented Founders and Adv…