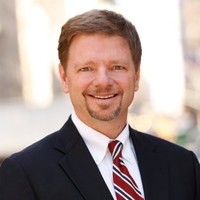 "Right now," says Discovery, Inc. Senior Vice President of Partnerships John Dailey (pictured at top), "there is a way things were going, the way they are going, and the way they will be." The way things were going was thus: Dailey and his team were fielding pre-Upfront calls from clients about costs for Discovery's Premiere ad package, which consists of ads in premiere (a.k.a. first-run) episodes for the top-rated series across Discovery's networks. The way they are going is that Dailey and his team are working from home and Discovery has 40 Premiere advertisers on air in the second quarter. The way they will be going. Dailey joined a Zoom call with us to discuss just that.

Oriana Schwindt: Premiere's inventory consists entirely of new episodes. With production on hold, how does that affect inventory?

John Dailey: Discovery is well-positioned to weather this storm because we produce original programming with a long lead time and there are plenty of new episodes — and Premiere opportunities — available through the end of 2020. We have a big reserve of new programming coming in Q2 and Q3, including new episodes of Fast n Loud, Deadliest Catch, sMothered, Bakeaway Camp with Martha Stewart, Celebrity Worst Cooks in America, Property Brothers: Forever Home and Celebrity IOU. Our stockpile of new episodes currently is a contrast to some of our competitors, who just don't work with the same lead time that we do. But advertisers still want to be in premiere episodes. And not only do we have those, but they're genuine, organic hits. Consumers are turning to our programming and talent in real time for real life problems they are facing right now, from cooking to home projects. The ability to offer that to our fans is truly unique to Discovery's portfolio.

Schwindt: Have you been expanding the Premiere offering in any way?

Dailey: With the loss of sports, we were receiving calls from advertisers looking to build contingency plans around that. So, we've created a "SuperPremiere" platform to deliver the high ratings and high-income audiences advertisers need to replace their lost sports programming. We have 20-25 shows per week doing more than a million viewers. Some of our clients still only want those highly coveted "A" positions in ad breaks in premieres, and we're thrilled to continue to offer that and protect that for them. Plenty of our clients just want their creative running in premiere episodes, and position isn't as much of a priority for them — they understand the benefits of being in a new episode of 90 Day Fiancé.

Schwindt: Speaking of, 90 Dayseems to be one of your biggest successes.

Dailey: That has been such a joy to see. In the last couple years, 90 Day has really exploded. It's essentially the NFL of Sunday nights, for adult women — last Sunday, it beat everything else on TV. It drives huge social engagement and has incredible co-viewing on our GO digital platform. It's absolutely our flagship offering for Premiere. We're capitalizing on that success by expanding the franchise, but Premiere is so much more than just 90 Day. We have brand safety with real life stories and real life inspiration. This really fuels HGTV and Food Network, as well as TLC. To give just a few examples: Dr. Pimple Popper and sMothered on TLC have helped make it the premiere destination for women on TV. HGTV's Property Brothers is another big one. Pick any of Food Network's competition shows for a winner. These properties are really resonating, particularly right now. As Jon Steinlauf has said, people are looking to see ordinary people overcome extraordinary situations.

Schwindt: How are you communicating with clients about these offerings?

Dailey: We've changed the way we sell on a day-to-day basis, but the message is still the same. We're doing a mix of conference calls and video meetings, so the way we're delivering the information is different, but we're still having the same thoughtful, transparent conversations we've always had.

Schwindt: How are you approaching the Upfront this year?

Dailey: Every year, for 14 years, people have talked about the death of the Upfront. That's not happening. Not even this year. The events may not take place, but the process itself is too valuable to advertisers, who want to lock in premium inventory. Discovery Premiere has been uniquely designed to deliver the ratings and highly engaged audiences that advertisers require in their Upfront buys. The programming on Discovery, HGTV, Food, TLC, Animal Planet, ID, and other Discovery networks is among not only the highest-rated but features the most engaged audiences in network TV. By further locking in prime pods in our top-rated programming, we can uniquely go beyond planners' goals and deliver truly premium value.

Schwindt: With Discovery set with a steady stream of new programming, how does that help advertisers?

Dailey: We have a big reserve of new episodes coming in Q2 and Q3. We think of Premiere as a quality fifth network with all the hit shows we are able to deliver on a seven-night basis. There is apprehension in the market about third and fourth quarter production delays, but we have a lot in the pipeline right now and the ability to stretch it. We're going to continue to have new episodes of hit shows through the end of the year.

Schwindt: As your look at advertisers' priorities during this challenging time for them, how else is Discovery meeting their needs?

Dailey: With the loss of sports, we're delivering large linear audiences with programming that's telling people how to make meals, how to fix things, how to do projects. We're talking to fans in real time about real things. We are a resource for the audience. The most important thing to do is to establish that our Premiere series are hits and there are a lot of them. We've gotten past the marketplace impediment that a cable network can't deliver enough hits. Now it's about expanding beyond that.