Discovery’s “Tigerland” Roars onto Screens with an Urgent Message 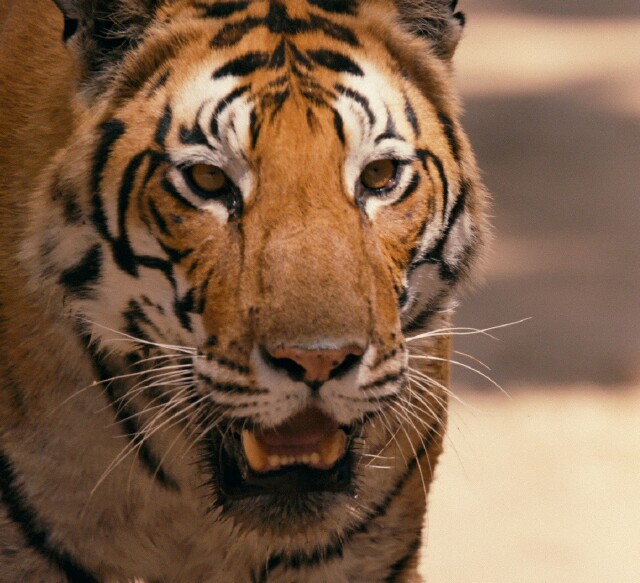 The opening shot, a close-up of a tiger’s face, intrigues as it fills the screen.  Then a child’s voice is heard: “A long time ago some people believed that tigers were the holiest of all the animals.”  With that introduction, Discovery’s Tigerland premiering Saturday, March 30, grabs viewers.  The film, which bowed at Sundance, is the perfect representation of what Oscar-winning filmmaker Ross Kauffman was striving for as he wanted to show the history of this storied animal and how individuals, including children, are working to protect them.

Protection is vital because the numbers are dismal.  A century ago, an estimated 100,000 tigers lived in the wild; today there are 3,890.  Committed to preserving tigers, Discovery is supporting a 3.7-million acre preserve in Bikin National Park for tigers and will match donations, up to $250,000, which can be made by texting “TIGERLAND” to 707070 or visiting Project C.A.T. through the end of the year.

“We’ve always been a company that told stories and tried to influence people,” Discovery CEO David Zaslav told those attending a screening in Soho Wednesday night, where each seat in the theater of The Crosby Street Hotel had a stuffed tiger waiting.  Zaslav recalled how his friend, Tom Brokaw, reminded him that we are all stewards of Earth.  The film does that with viewers without the usual talking heads or charts, and by adding art, advertising, graphics and sepia-tinged clips, all showing how tigers have long captivated. 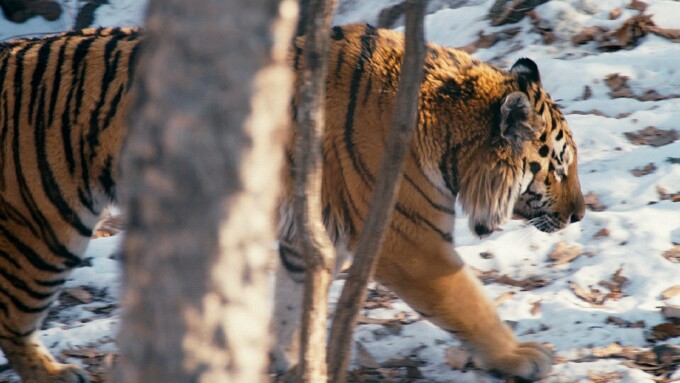 A fun montage shows tigers in art through the ages, tiger beers, their images used in car commercials, comic books, movies and, of course, an iconic one who was grrrreat.  Tigers have long enchanted and been considered mystical and mysterious but Kauffman, who won an Academy Award for his documentary Born into Brothels,just wasn't sure this was for him.

He acknowledged it was not a lifelong dream to shoot a nature doc.  “Discovery, Fisher Stevens (a producer) and RadicalMedia asked me if I would think about an idea about tigers,” Kauffman told MediaVillage after the screening.  “I didn’t know what to do.  I don’t want to do another film about death and destruction and poaching.  They are great films, but they have been done.”

While mulling over what he could do, Kauffman’s son, age six, was cutting tigers out of paper.  An epiphany hit. “What if you saw this through a child’s eyes?” Kauffman realized.  “That lens might be interesting.”

The child in the film is Jai, a soft-spoken tween and the great-grandson of the “Tiger Man” Kailash Sankhala, who fought to protect India’s tigers.  Already enthralled by tigers, Jai spends time in the forest with his uncle, Amit, a conservationist, carrying on the work of his grandfather, Sankhala.  Slaying tigers was considered a great sport and trophy hunters carted tons of tiger carcasses from India.  Combine that with the misguided notion that tiger body parts cure many ills and it’s no wonder the tiger population dwindled.

Tigerland reveals all details about Sankhala's tireless campaigns, weaving in news footage, photos and his voluminous records.  His work spurred the government to action, stopping the killing.  Although all of this is explained in the film, the filmmaker noted, “My job isn’t to tell people about this issue, my job is to find the characters.”

And he did.  We get to know these characters through their home movies and old photos perfectly woven into the documentary.  Sankhala's family in India fighting the good fight for decades gives the film memorable characters.  In them, we see people with a mission, not only an issue.

“We wanted it to be artistic and lyrical and poetic, not just ‘no more poaching,’” explained Duffy, who spent time in India.

Parker had just arrived in Russia, in 20 below temps, when she visited Pavel Fomenko, a tiger conservationist.  He’s long worked to protect the Siberian tiger in far east Russia, where only 540 remain in the wild.

“We landed in the afternoon, and Pavel said, ‘We are going out to find a tiger cub. Want to come?’” Parker recalled, smiling at the luck of that moment.

The crew followed him as he tracked the tiger but didn’t find her.  Fomenko is a character in the purest sense of the word.  Truly a tough guy, he has followed tigers in remote stretches of snow.

Later, while trying to vaccinate tigers, Fomenko was mauled.  He survived, albeit scarred and in tremendous pain.  The film crew returned and shot scenes of him with a healer.  Undaunted, Fomenko continues his work.

Kauffman considers what he hopes is the result of his efforts.  "You get out of a movie, and you want to feel something,” the filmmaker said.  “I know how I feel when I see a great movie.  I can see the world from a different point of view.  I feel like my world has expanded.”