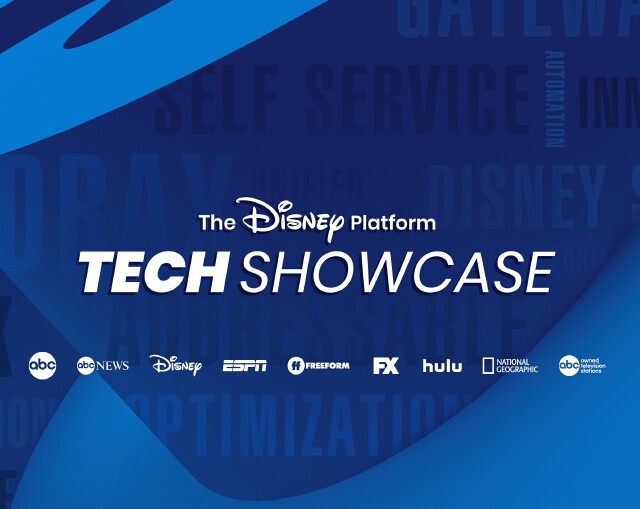 Many Upfront or NewFront presentations take the same approach over matters of simplifying or enhancing the process of advertising sales transactions. Bring a top executive on stage (or in these virtual times on-camera) midway or late in the presentation to pitch their company's approach. Keep the pitch down to a few minutes and try to hold the audience's attention with stats and graphics. So, it is refreshing and revolutionary for someone to break that mold and devote an entire presentation to a comprehensive, colorful exploration of the subject. That's what Disney brought forward this week.

As admirable as the effort was, equally admirable was Disney's decision to have this presentation kick off its trio of 2021 Upfront events. Content development will be the focus of its next showcase next month, followed by an overall presentation mid-May.

The Big Message: Construction and implementation of a unified advertising infrastructure where every conceivable campaign approach can be purchased and carried across all of Disney's ad-supported services is well underway. Many elements of this infrastructure are available now to advertisers, agencies and media buyers or will be by the start of the 2021-22 season. By 2024, this end-to-end platform will be fully functional. By then, addressable, programmatic and interactive campaigns will be commonplace. "It will be a most effective and frictionless system," declared Jeremy Helfand, Disney's senior vice president of ad platforms. "The result will be less disruptive and lead to a better ad environment."

Hosts: Rita Ferro, Disney's ad sales president, joined by Helfand and a group of executive colleagues walking viewers through various aspects of the sales process, supplemented by data factoids. "This is an opportunity to look under the hood," Ferro explained.

What Worked: Segment after segment keeping the jargon to a minimum, so that a viewer could focus and then understand the workings of a specific sales technology. A few segments connected implementation of specific technologies to campaign opportunities, whether for Hulu, ESPN, FX or ABC-owned broadcast stations in New York, Los Angeles and elsewhere. Example: Bra maker Thirdlove's use of Disney's audience segmentation research last summer to craft sponsorships on Hulu's Little Fires Everywhere and FX on Hulu's Mrs. America.

What Also Worked: Maintaining a virtual background with all of Disney's ad-supported services behind each speaker and each segment. In an eye-catching way, the idea of any campaign working for any or all these services was reinforced without being preachy. Another plus: setting aside the final 10 minutes for viewer questions, answered by any of the executive speakers. It would be great to see more presentations end this way.

What Didn't Work: There were few details on how this infrastructure will handle the growing appeal among the ad community for interactive ad and commerce options. One exception: Gateway Go (developed at Hulu), where viewers can request personalized offers while watching a commercial for a product or service.

Data Points: Nice collection spread throughout the presentation, mixing audience trend info with projections of how Disney will transact ad sales. In the audience category: Last year viewers spent seven hours and 50 minutes per day with digital media (smart TV-distributed services included), up 15 percent from 2019. Separately, company executives believe that three years from now, the majority of available ad inventory on their services will be addressable, and at least half will be filled by programmatic-sold messages.

News: Disney will launch DRAX, short for Disney's Real-Time Ad Exchange, in time for the 2021-22 season. The automated process will give individual advertisers and agencies maximum choice and control of what campaigns they produce and where they are presented. The exchange will operate on a full-time basis so that sales for available inventory can be executed at any time. "Brands can have peace of mind," said Matt Barnes, Disney's senior director of programmatic sales.  Another new initiative is the expansion of Disney Hulu XP, introduced last year to encourage addressable campaigns on Hulu that cater to specific demographics. More than 75 advertisers are using Hulu XP, and their spending on the service has increased by leaps and bounds -- four-and-a-half times their initial commitment in some cases. Coming in the near future: Disney Select, a data repository that sales representatives can use to gauge behavior or purchasing patterns of consumers, broken down by demographics and psychographics.

"I believe in being an innovator." -- Walt Disney