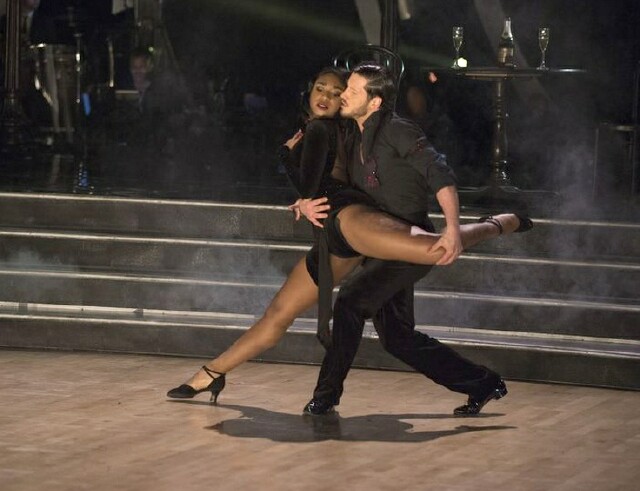 Since beginning her journey on ABC’s Dancing with the Stars seven weeks ago, Fifth Harmony chanteuse Normani Kordei has proven herself a worthy contender for Season 24’s coveted Mirror Ball trophy.  For much of the competition’s early weeks, she successfully juggled the touring commitments of her band with the rigors of the show’s rehearsals – a harried schedule that often saw Kordei and partner Valentin Chmerkovskiy (pictured at top) traipsing across Asia with his partner as they literally danced in the streets perfecting their routines.

Last night Kordei’s foreign movie-themed Argentine tango earned her the night’s highest score (and the season’s second 40/40 perfect score, shown below) along with immunity from elimination.  But underneath her smiles the 20-year-old was in excruciating pain, having severely strained both her upper back and hip during last week’s rehearsal.  While viewers couldn’t have guessed from her flawless dance, one wrong move could have sidelined her from the show completely.

“I’m just so happy that I got through it,” Kordei told me after the show. “It was a really stressful week, being in pain and debating whether or not we should take some lifts out and other moves, but I didn’t want it to affect my dance.” 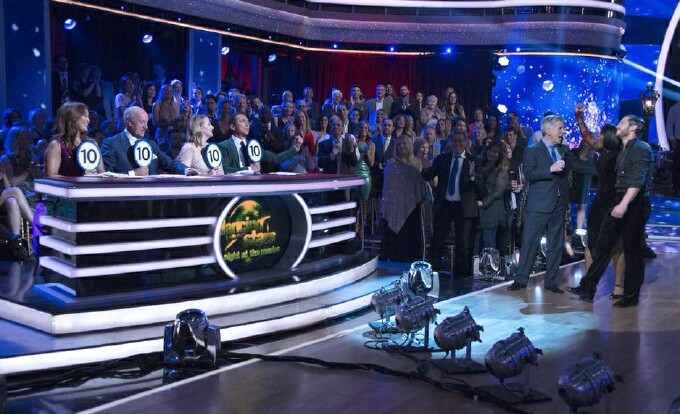 While the show did highlight Kordei’s injury and diagnosis in her pre-dance video package, listening to her explain the intricacies had me shuddering.  “I have a severe strain in my upper back and my hip,” she revealed.  “It just so happened that it was in two places at the same time.  The doctor said it was pretty severe. He looked at it and said, ‘You’re not much of a complainer,’ which I’m not.  I literally wouldn’t say anything; then he said I could potentially crack my hip.”

It was Chmerkovskiy who insisted she get the injury checked out.  “She’s never complained about anything!” he told me.  “When she complained about it again I suggested I get a guy that I work with, who is very talented, to come and see her. I was expecting him to say, ‘Just take it easy tomorrow,’ but he was like, ‘She needs to get an MRI. There is a severe strain and you have to be really careful because if she pulls that she could crack a vertebrae!’”

Chmerkovskiy was advised to also take a couple of days off and reconsider any dance moves that could irritate Kordei’s injury.  The news came as a devastating blow to the couple.  “Were just picking up momentum and wanted to hold nothing back in the performance,” Chmerkovskiy said.  He tweaked last night’s dance, switching some risky physical moves for those with more of an emotional impact – and it worked. 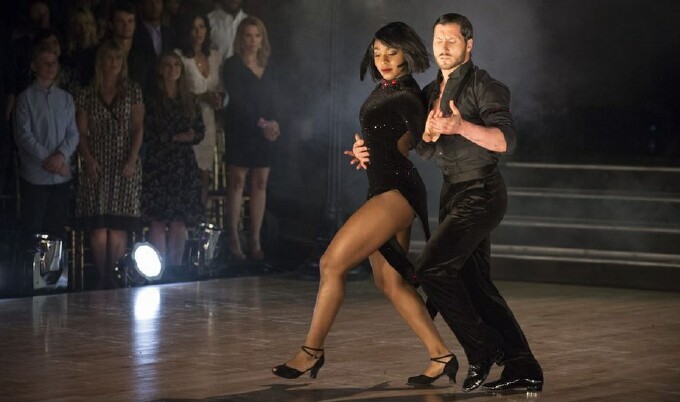 “I’m super proud of myself,” admitted Kordei of her perfect score.  “I think that was something I kind of had to prove.  It’s kind of mind over matter and because of the physicality I really struggled and was in a constant battle with myself of being frustrated.  I knew I could do the steps and I worked really hard.”

With just three weeks of competition left, Kordei is cautiously moving forward and taking one day at a time.  “I’m icing [the strains] and taking my medication,” she said.  “I’m on a ton [of meds].  I hate to say that, but it’s all prescribed by my doctor -- I promise.  Also therapy every single day.  But it is super serious.  He literally told me if I kept going at the rate I was I could crack my hip, which I don’t want.  Having three weeks left in the competition it’s so close, yet so far, but I have to play it smart.

“Oh, and on top of all that, [my band] went to Orlando,” she continued.  “I have two shows on top of me rehearsing [for this] and I believe we’re in Sacramento this week.  It hurts to sit on a flight and for Fifth Harmony’s shows we like to ‘drop it low’ for the majority of the concert.  I literally need help.  When I wake up in the morning my mom has to help me.  It’s pretty tough as I haven’t danced like this or used muscles in this way in the past four or five years.  I’m feeling old!”

Kordei’s Dancing with the Stars journey continues next Monday at 8 p.m. on ABC.