Effectv and Broadway Across America Grow Hispanic Theater Audience in Boston, Expand the Effort to Other Markets 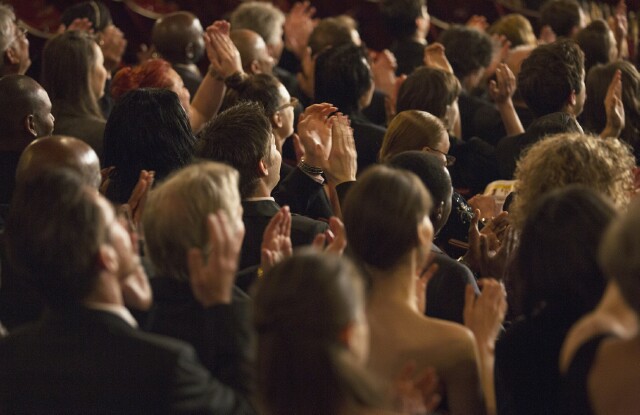 How do you engage Hispanic audiences with live theater that takes place before, during and long after Hispanic Heritage Month? Comcast Advertising's Effectv division and its client Broadway Across America have done just that in Boston -- and the effort is expanding to other markets, as well. Simon Applebaum recently connected with Stacy Griffin, Effectv's Northeast Sales Manager, to get the campaign details and the results so far.

Simon Applebaum: What is Broadway Across America (BAA), and what is its objective?

Stacy Griffin: It's an organization that represents different theater and theater productions around the country. Specifically, I work with Broadway in Boston. We have other Effectv markets that work with other BAA venues and teams, as well. Their focus is on diversity, equity, inclusion, accessibility and reaching multicultural audiences.

Applebaum: How did this relationship come about?

Griffin: I've worked with them in Boston for about 20 years. The media landscape has changed quite significantly. They were heavy into broadcast and then, all of a sudden, it was Effectv, with our access to insights from Comcast aggregated data. Broadway has its own first-party data used to provide a detailed layer of information for campaigns, but they also have access to data through vendors like Ticketmaster. We started having conversations around data and focusing on specific audiences outside of age and gender.

Applebaum: What's the focus of this campaign?

Griffin: Reaching Hispanic theatergoers in the Boston market. In Boston, our capabilities allowed us to identify geographic areas where we can reach these diverse audiences with advertising. We can look at the North Andover zone, the Lynn zone -- areas with concentrated communities of Hispanic consumers.

Applebaum: What campaign elements did you recommend?

Griffin: Theater is for everyone. That was the overall sentiment during our multiple meetings with BAA. Everyone is invited. Your race or ethnicity doesn't matter. Because of that, we worked internally to help create a TV spot for them that highlights different ethnic groups, different ages and different abilities within the spot.

Applebaum: Tell us about the 30-second spot.

Griffin: The first 20 seconds highlight the different audiences BAA encourages to attend the theater. The last 10 seconds is tagged with whatever show is in town. For example, we currently have Tina: The Tina Turner Musicalin town. The next show after that will be Hairspray. The idea is that we have consistent messaging across all Effectv markets that talks about diversity, equity, inclusion and accessibility with Broadway theater.

Applebaum: How long are the individual campaigns for shows?

Griffin: Our campaigns run eight weeks at a time, depending on the show. Some may run six weeks. We're making a concentrated effort to have BAA brand awareness on air pretty much 52 weeks a year.

Applebaum: What are the results in Boston?

Griffin: Our efforts are ongoing, but when we looked at the Ticketmaster data provided by BAA, we learned that, prior to the start of the pandemic in 2020, about 2% of the [theatergoing] audience was Hispanic. Now, we've grown Hispanic theatergoers by about 3%, so Hispanic audiences are closer to 5% of the theatergoers.

Applebaum: Will this spot play beyond Boston?

Griffin: We just released the spot to Seattle and Houston, Albuquerque and Salt Lake City. They are running the spot now.

Applebaum: Are you getting additional business from individual Boston-area theaters or productions?

Applebaum:Going forward, will this campaign go beyond a TV spot?

Griffin: The sky is the limit, and we are working beyond the commercial. We have access to Comcast's Xfinity X1 platform, where we're able to house content and encourage audiences to explore more of what makes Broadway so great. Next up, we're working to invite non-profit institutions and the audiences they serve into the theater.

About Effectv
Effectv, the advertising sales division of Comcast Cable, helps local, regional and national advertisers use the best of digital with the power of TV to grow their business. It provides multi-screen marketing solutions to make advertising campaigns more effective and easier to execute. Headquartered in New York with offices throughout the country, Effectv has a presence in 66 markets with nearly 35 million owned and represented subscribers. For more information, visit www.effectv.com.