Election Night Fright: Where was Invasive Technology When I Needed It? 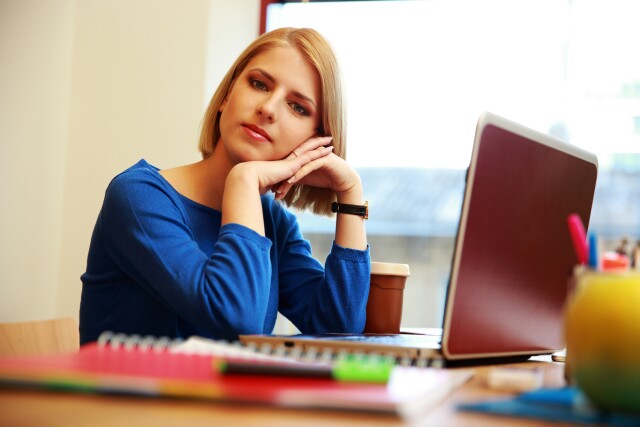 A little before midnight on the eve of the Presidential election my sister asked if I was sure that I was registered to vote. How silly of her -- of course, I was registered to vote! I clearly remembered registering shortly before the 2009 New York City Mayoral Election. It hardly seemed a thing worth checking, especially at this proverbial eleventh hour.

But I did visit the site for New York state voter public information to confirm what I already knew. I was indeed registered, but my voter status was listed rather unsettlingly as “inactive.” For those unfamiliar with Federal Election verbiage (as I was), an inactive voter is defined by the New York City Board of Elections as one “who does not vote in two consecutive Federal Elections” and “is in the fifth year removed from the list of register” and also placed in “a category of registered voters who have failed to respond to a residence confirmation notice.”

As I spent the entire night Googling inactive voter status and what that meant towards my chance of casting a ballot the next morning, I was met with much confusion. Some Redditors offered that voters deemed inactive should have no problem voting and doing so would reactivate their voter status, while more legitimate sources suggested inactive voters must vote via affidavit ballot.

I nervously anticipated causing a scene at my polling place, which was exactly what happened on Election Day when my name was nowhere to be found in the black book of voters from my district. The confused volunteers were not quite sure what to do with me. My sister, growing impatient, apologized to the crowds that formed behind me. She was being awfully smug considering that she too had failed in part at voter registration. In an attempt to register as an independent my sister is now a card carrying member of the Independence party.

Eventually I was handed an absentee ballot, which upon completion I was to turn into a volunteer -- making the whole event feel very much like a final exam.

Now, I have attempted to figure out why I was deemed “inactive.” It is true, I did not vote in 2015 but I am almost certain I voted in the 2014 New York Gubernatorial Election. When I reviewed my voter registration information, however, my mailing address was listed as my freshman year college dorm room -- from where I would have sent in my very first absentee ballot for the 2009 New York City Mayoral Election. So I just may have fallen into the elite class of voters that had “failed to respond to a residence confirmation notice.”

Voting is not just a right but a responsibility and it may have behooved me to look into all of this a little earlier. I could have saved many Upper East Side voters a few minutes by updating my mailing address six months ago.

Yet I am still baffled by the fact that the government could have been sending mail to an address that was in use for all of nine months -- seven years ago -- instead of the apartment that I have inhabited for my entire life. Why, after failing to reach me, had the Board of Elections not sought to send mail to the address listed as my permanentaddress and residence? Why had I not received an email or call to make me aware of the failure to make contact?

In an era where past browsing history informs discovery on digital, television can target consumers with custom messaging and music streaming services offer curated playlists based on listening preferences, it is so easy to be spoiled by the sense that personalized information will constantly be made available. Technology has the power to deter us from taking the initiative when it is necessary to do so.

We are lulled into thinking that our media and devices will constantly have our backs, so the government should, right? When I got a new credit card recently, a whole host of automated email messages appeared in my inbox to remind me to update my credit card information. The Board of Elections may have failed to alert me to outdated information but International Animal Rescue did not and my adopted slow loris, Lily, is back to receiving my monthly contributions.

Furthermore, when the most intimate details of a person’s financial, health and purchase history can be accessed online with various usernames and passwords, it is easy to assume that one’s voting history might also be accessible. (I’m wracking my brain over whether or not Governor Cuomo actually got my vote in 2014.)

There have been many takeaways from this historic election but, for me, there is the recognition that relying on assumptions can be a very stupid thing to do -- from pollsters who assumed an easy win for Secretary Clinton to voters who assumed they were qualified to vote. (For what it’s worth, there was one other person at my polling place who was also inactive and 44K Brooklyn voters who were declared inactive prior to the Democratic Primary.)

The democratization of information has its advantages but also its pitfalls -- especially where it concerns our actual democracy. It will be an interesting topic to reflect on in four years’ time, when it’s time again to vote for President -- assuming I’m an active voter then.