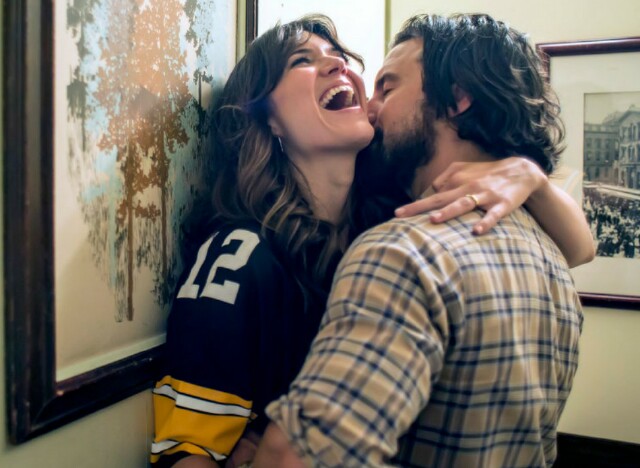 Viewer fatigue isn’t the only downside to the current glut of handsomely produced, ambitious and, if I’m being honest, often somewhat overrated quality scripted programming that sends television critics into alternating states of euphoria and despair.  There is also the matter of the ever-increasing egregious oversights when it comes to the many annual awards that honor the medium’s finest content.  This is especially true of the Emmy Awards, the nominations for which often tend to lavish certain deserving shows with an embarrassment of riches while inexplicably ignoring others.  That’s true this year, as always, and yet it is once again tough to complain about the actual nominees since there isn’t a poor choice among them.

Some say the solution to this dilemma is to increase the number of nominees in response to the vast number of programs and performances that deserve recognition.  But even then, it’s likely that some of TV’s best and brightest will be left out.  With that in mind, here is the beginning of a three-part series looking at the Drama Series, Comedy Series andLimited Series and Movies categories.  Who was left out?  Who will win?  Who should win?  Who knows?  First up, the Drama Series categories.

Egregious Oversight:  The final season of SundanceTV’s Rectify, a series that dove deeper into family relationships and interpersonal dynamics than anything else on television.

Preference:  The first season of NBC’s This Is Us, which dove almost as deep into family relationships and interpersonal dynamics as Rectify but allowed for some much-needed sexiness and silliness in between its many moments of tear-jerking splendor.  Like CBS’ The Good Wife before it, This Is Us proved that broadcast television can still deliver “cable quality” drama. (Series stars Mandy Moore and Milo Ventimiglia are pictured at top.)

Prediction:  This Is Us, with Hulu’s dark and disturbingly relevant The Handmaid’s Tale as a possible spoiler.

Egregious Oversight:  Freddie Highmore, A&E’s Bates Motel.  In a true tour-de-force as Highmore brought murderous mother-obsessed Norman Bates to the brink of insanity and beyond, suffering every step of the way.  Had he been nominated I would have liked to see him win.  Runner up:  Justin Theroux as the solid center of HBO’s psychological workout The Leftovers.

Preference:  Milo Ventimiglia, This Is Us.  The smart money is on his co-star and category competitor Sterling K. Brown.  But I’d like to see Milo take this one.  He has always been a fine actor, but who knew he had this in him?

Prediction:  The aforementioned Sterling K. Brown, because he made us cry more often than any of his co-stars.

Egregious Oversight:  Carrie Coon, for delivering an Oscar-worthy performance in The Leftovers.  Indeed, her work this year in HBO’s The Leftovers and FX’s Fargo proves that she is the Meryl Streep of television.

Preference:  Robin Wright, House of Cards.  For five seasons it has been virtually impossible to look away from this sometimes tiresome political serial whenever Wright has been on screen.

Prediction:  Elisabeth Moss, The Handmaid’s Tale.  After dazzling us for the better part of a decade on AMC’s Mad Men and SundanceTV’s Top of the Lake, Moss’ time has come.  It’s Hulu’s time, too.

Egregious Oversight:  Michael McKean, Better Call Saul.  McKean’s co-stars Bob Odenkirk and Jonathan Banks were both nominated, so we know that voting members of the Academy of Television Arts & Sciences were watching … so why no love for the man who gave the single best supporting performance in any drama series during the nomination eligibility period?

Egregious oversight:  Vera Farmiga, Bates Motel.  Ever since Norman killed Norma at the end of this underappreciated series’ penultimate season I have felt that Farmiga’s role is more a supporting one than a lead.  But she deserved a nod, because nobody has ever put so much life into a portrayal of a dead person.

Prediction:  Thandie Newton, Westworld.  Probably the surest bet in any category this year.