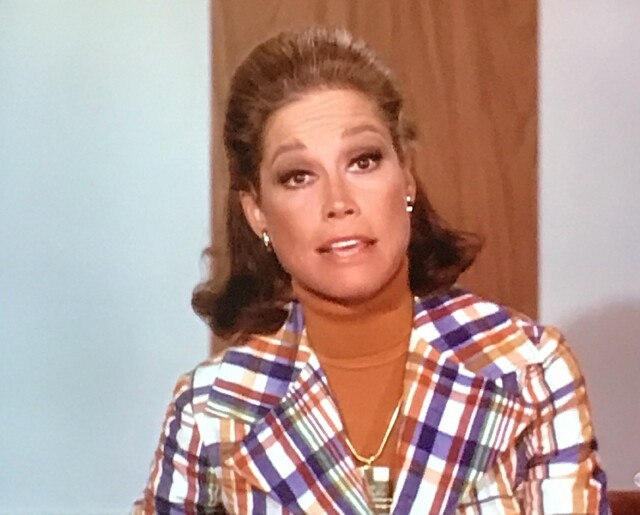 Gender equality in the workplace is a hot-button topic today.  So is the concept of “fake news.”  Interestingly, they were co-mingled five decades ago in an episode of a beloved sitcom from the ‘70s that holds up to this day.  I’m referring to the third season premiere of The Mary Tyler Moore Show, which threw these issues and others into the air with all the gusto of Mary tossing her tam on that busy Minneapolis street corner.

The episode, titled The Good-Time News, was written by James L. Brooks and Allan Burns.  But it was the star of the show, Mary Tyler Moore, who brought it home.  Her performance was easily one of her best in the seven year stretch of the show’s original run.  (Hulu offers MTM on its burgeoning roster of classic and modern series.)

Viewed almost 50 years after its September 16, 1972 debut telecast, The Good-Time News recalls a time when the broadcast networks and their affiliates – then the only game in television – were looking for ways to make their nightly news programs lighter and more enjoyable.  If that meant compromising their journalistic standards, so be it.

MTM picked right up on that when the station manager of WJM-TV, where Mary Richards and her colleagues toiled on a low-rated nightly news telecast that served the Twin Cities, told newsroom boss Lou Grant that he wanted to make their nightly news program “more entertaining.”  Lou, a former newspaper guy, bristled at the thought.  His exchange with his boss, Jack Stonem, sounds like something we might hear in a White House press briefing today.

Lou: “News is truth, Jack, and I’m not going to make it into something fake!”

When Jack asks Mary for her opinion, noting that she is always so “quiet” in meetings, Lou interrupts and nonchalantly asserts that her opinion will be the same as his.  But it isn’t.  She agrees with Jack.  Lou is stunned, because Mary, being a woman, always defers to him.

Not this time.  Mary speaks up!  The scenes before this one set the stage for this memorable moment.

The episode opens in Mary’s apartment, where Mary is busy preparing for the annual meeting with Stonem.  Since she had been at WJM for a couple of years at that point, she was expected to contribute more than usual.  “Why do I feel I’m representing women everywhere?” she laments to best friend Rhoda.  When Rhoda says she doesn’t understand why Mary feels that way, Mary replies, “What would you say if the station manager kept trotting in groups of people and saying, ‘This is our woman executive.’”  (Remember, this was during the early ‘70s, when female executives were not common and certainly not considered equal to their male counterparts.  That was the dawn of the women’s liberation movement, as so perfectly depicted in the FX on Hulu masterpiece Mrs. America, still my choice for the best American program of 2020.) 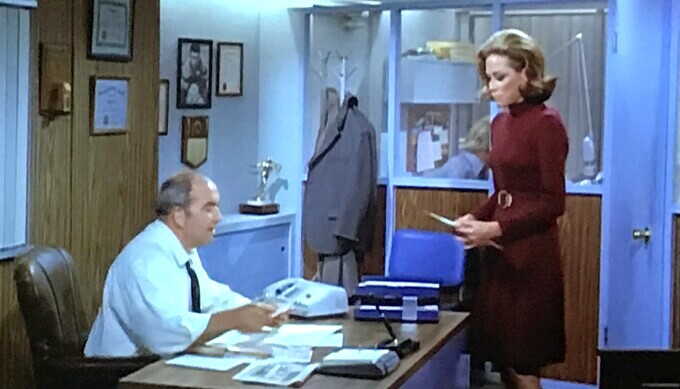 The way men regarded women in the workplace at that time was at the heart of the episode, and it’s what makes The Good-Time News an essential classic.  Shortly before the meeting, Mary learns that the man who had her job before her was paid $50 more per week.  She is, in a word, pissed, revealing a side to her character that we hadn’t seen before.

Mary charges into Lou Grant’s office and tremulously demands to be treated as an equal (something viewers had never seen a woman do in a workplace-based sitcom).  Visibly shaken, she has trouble initiating a confrontation.  At first, words fail her, so Lou ignores her obvious distress and blithely begins talking about other things.

This further infuriates her, and when she explains this, Lou simply states, “I figured it was one of those woman things.”

Those words push Mary into action.  “I would like to know why the last associate producer before me made $50 more a week than I do,” she declares.

“Because he was a man,” Lou matter-of-factly replies.

Mary is stunned, and instantly empowered in a way she had never been.  “Let me get this straight,” she shoots back.  “The only reason he was paid $50 more a week than I am is because he was a man?”

“Sure,” Lou says with a smile.  “It has nothing to do with your work.”

“Better!” Mary exclaims.  “And I’m being paid less than he was because …”

Mary is, indeed, now “representing women everywhere,” as she said earlier to Rhoda.  “There is no good reason why two people doing the same job at the same place shouldn’t be making …”

Lou interrupts again.  “He had a family to support,” he says.  “You don’t.  Now, why don’t you come back when you have an answer?”

Mary is speechless, but I am certain that the millions of women watching that night had a lot to say.

Later in the episode, during the first telecast of The Six O’Clock News in its new “entertaining” format, Mary delivers the editorial commentary because, as she tells Rhoda, “The station manager is under pressure to use more women on the air.”  (Again, consider the era.) 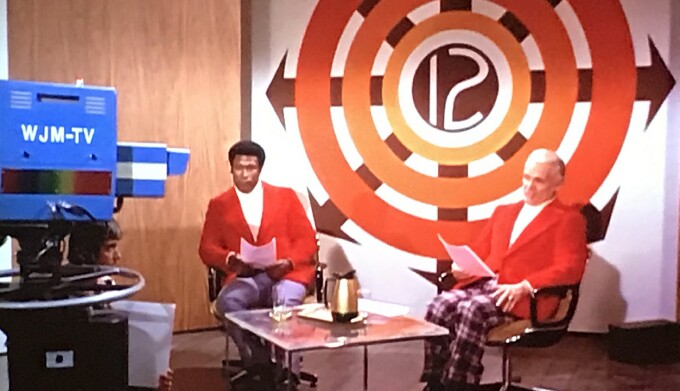 But when the focus turns from the witty banter between newly paired Ted Baxter, the unctuous anchorman, and Gordy Howard, the weatherman turned co-anchor for the new format, to Mary’s serious presentation (on population control), Ted continually interrupts with stupid jokes.  Mary grows increasingly irritated until she loses her cool and snaps, “Will you shut up, Ted?” 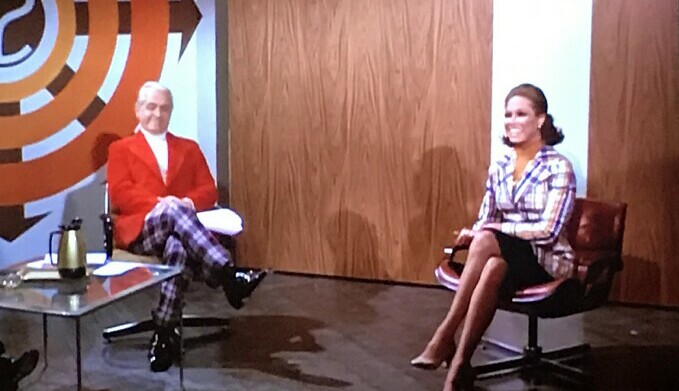 In one of the funniest final sequences of this or any other sitcom, Lou tells Mary that he has thought about her salary request and has decided to raise her $25 per week.  Mary, to her credit, isn’t having it.

“Mr. Grant,” she says, “I’m not sure you understand the principle here.”

Ted overhears this exchange and turns to Lou, seething with indignation.  “Why are you giving a $50-a-week raise to someone who told me to shut up on the air?” he barks.

The line is as priceless as the episode is timeless.  Indeed, everything about this show remains relevant today or is, at the very least, worth thinking about.  Also, it is as funny now as it was then.  These are hallmarks of a groundbreaking sitcom.  The Mary Tyler Moore Show broke more ground than most.