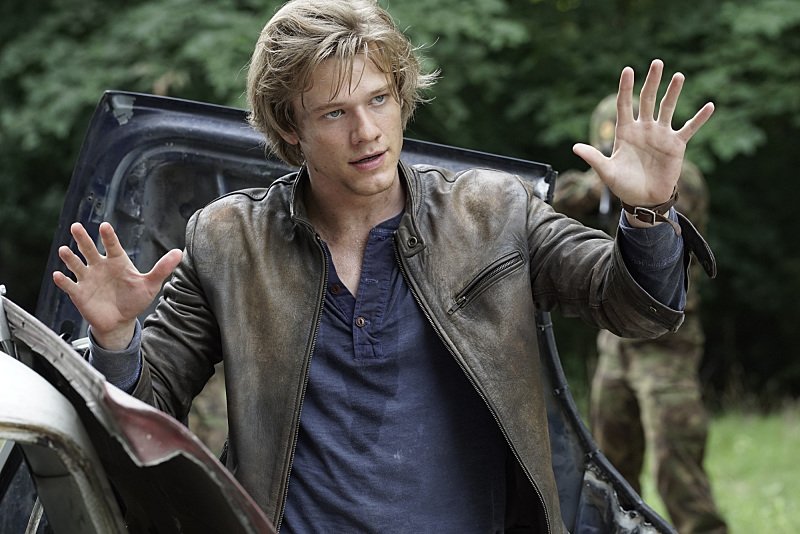 For better or worse – and despite a general lack of interest by a growing percentage of the available audience – the traditional fall television season has begun, bringing with it the usual mix of promising and problematic new shows. Collectively, this group seems to be an improvement over recent autumn crops. Sampling them will not make anyone’s brain hurt, but it won’t tear anyone away from his or her Netflix fix, either.  Regardless, the renewal bar is now so low that it is likely most of these newcomers will be with us longer than they might have been five or ten years ago.  For now, here’s the first part of a first-pass take on most of them. (The second part will run tomorrow.) My personal favorites from each network are pictured throughout.

American Housewife – Due to the restrictions that come with making lists in alphabetical order, I’m beginning with one of my three least favorite new shows. (They’re all comedies, as it happens.)  I’ll admit my deep dislike of this one is personal, so make of the following what you will.  I grew up in Fairfield, Connecticut, just a stone’s throw from Westport, the town where this so-called sitcom is based (and one I frequently visit) – and I can’t relate to anything I saw in the pilot. Housewifeis a laugh-free misfire in every way and a sorry addition to ABC’s Tuesday comedy lineup, which includes The Middle (the most underappreciated comedy on television), Fresh off the Boat (another gem) and The Real O’Neals (still a work in progress, but one worth sticking with).

Conviction – Agent Carter lives! Okay, not really, but in one of the more pleasing developments of the TV year Hayley Atwell lost one series and gained another seemingly without taking a breath in between. And she’s just as engaging here as she was there playing the take-no-prisoners leader of a team of legal professionals seeking to help individuals who may have been wrongly incarcerated. This show isn’t perfect, but it is packed with potential.

Designated Survivor(pictured below) – Kiefer Sutherland is back to save the world once again – this time as a somewhat reluctant low-level member of the Cabinet of the United States who becomes Commander-in-Chief when the President, the Vice President, the Speaker of the House and every other government big-wig are blown to bits during the State of the Union Address. Methinks he’ll need his very own Jack Bauer to get through the rest of his term – or even a full season.  That’s my way of saying that I have seen way too many action-packed pilots over the years that have been followed by decidedly less exciting episodes, which makes me only cautiously optimistic about this one.  So far, so good … but fingers crossed. 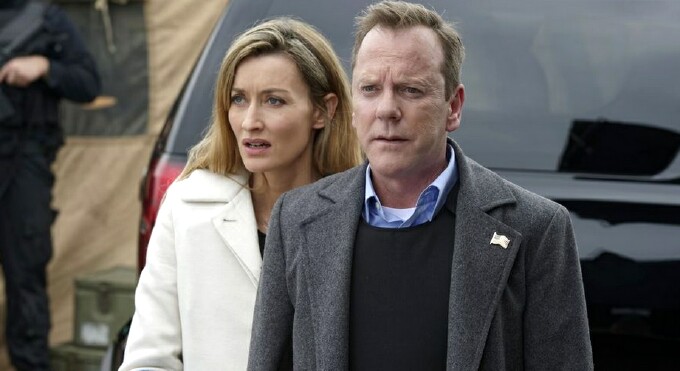 Notorious– Who wouldn’t want to watch a good show starring Piper Perabo and Daniel Sunjata? Indeed, a mediocre show starring these two would be easy to take. But, I’m sorry to say, Notorious at best aspires to mediocrity, hindered by one of the lamest narrative foundations any drama has been built upon in years. Perabo is a news producer, Sunjata is a high-powered Los Angeles lawyer, and together they create great heat – as potential lovers, not as professionals who conspire to help each other, which is what this show is all about.

Speechless (pictured below) – The latest entry in ABC’s remarkable and increasingly invaluable lineup of modern family comedies may be the most distinctive of them all, in that it revolves around a non-verbal teenager with cerebral palsy who is confined to a wheelchair, played by an engaging young actor (Micah Fowler) with the same disability. It’s not especially funny, but it is important. Who wouldn’t want this show to succeed?  Let’s see what develops. 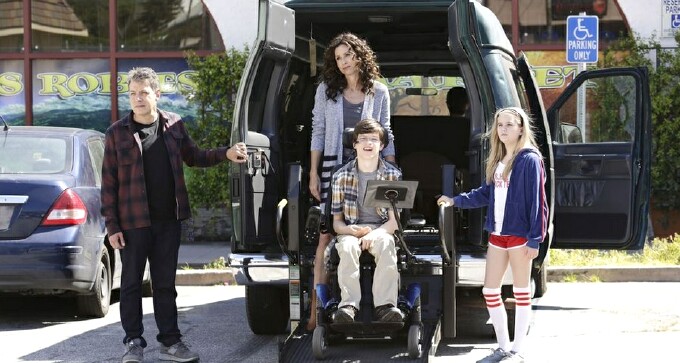 Bull – This is the most CBS-like of the Eye Network’s new fall shows, an observation which can be construed as good news or bad, depending on how old you are. The folks who enjoy NCIS and The Dr. Phil Show will be very satisfied. So will those people who can’t get enough of legal dramas. Michael Weatherly, in the title role, is one of TV’s most reliable charm dogs, but the jury analyst he portrays is based on Dr. Phil McGraw, so he may have met his match.  I’m not calling this one a failure. I’m just saying it’s not for me.

The Great Indoors (pictured below) – The pilot is frequently very funny, and it is blessed with the comedy pairing of the year in Joel McHale and Stephen Fry. And it’s about time somebody took on Millennials for the egregiously entitled individuals that so many of them are.  But is the conflict-driven generational humor going to hold up over time? It may not be one note, but it may only be good for a song or two. (FYI, in a stroke of marketing genius CBS provided every journalist who attended the press conference for this show at the Summer 2016 Television Critics Association tour with a little participation trophy.) 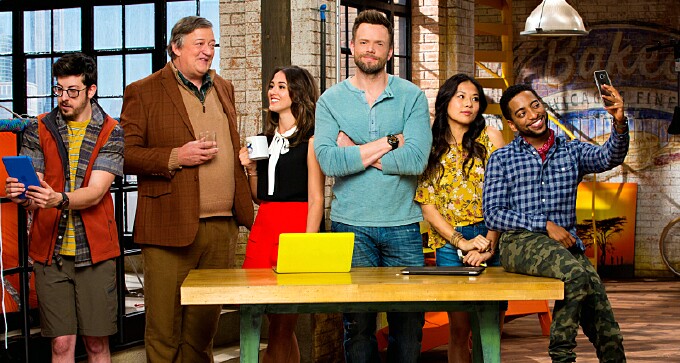 Kevin Can Wait – Maybe Kevin has more patience than I do, because Edwin can’t wait to forget about this one. It feels like the kind of broadcast sitcom that I thought was safely confined to our collective rear-view mirror. It’s a little bit like CBS’ other new (not good) sitcom (see below), in that it involves a dad suddenly spending more time with his children (albeit for very different reasons). This show is either a step in the right direction as a cheerfully mindless alternative to all the time-gobbling sophiticated programming on cable networks and streaming services (which can, admittedly, become a bit tiresome) or another damaging blow for broadcast. I’m guessing the latter.

MacGyver (pictured at top) – Here’s an interesting conundrum: The new fall series that has generated some of the biggest buzz (just ask around) is the one nobody has seen yet. Credit a dazzling marketing campaign (you can’t turn around in Los Angeles or New York without seeing an eye-catching billboard or a bus with a display for this show), the appeal at first sight of star Lucas Till and the familiarity of that iconic title. Unless it’s a total stinker it is going to do very well for CBS on Friday nights, for years now the home of Blue Bloods, the most underappreciated drama on television.

Man with a Plan – The only good thing there is to say about this tired-on-arrival family comedy about a dad who takes over the care and feeding of his kids when the woman of the house returns to work is that it’s not CBS’ worst new comedy. (For that, see Kevin Can Wait.) Matt LeBlanc obsessives might be okay with it, but for the rest of us this is a huge comedown from Friends and Episodes. Yes, it’s better than Joey and Top of the Heap. But that’s not saying much.

Pure Genius – Tough as it is to believe that CBS chose to renew Code Black for a second season, it is even harder to understand why the network decided to go with yet another atypical medical drama – this one about the use of super high tech in health care. As I watched the pilot I couldn’t get past the expense of it all, given the skyrocketing cost of medicine and medical treatments that are currently crippling most working- and middle-class Americans. But that’s the least of its problems. Genius doesn’t debut until the end of October. Maybe somebody will make it all better by then.

Tomorrow: NBC, Fox and The CW